This ruby is 2.5 billion years old and contains evidence of ancient life 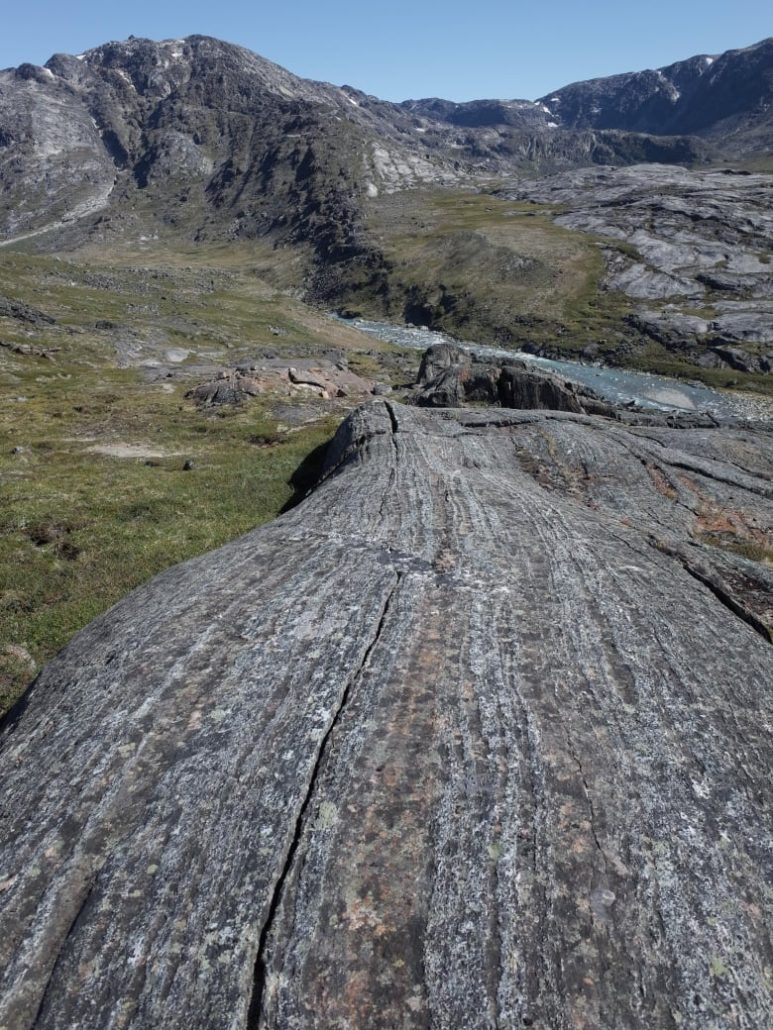 A University of Waterloo researcher was part of a team that discovered residue that was once ancient life encased in a 2.5 billion-year-old ruby — the first time evidence of life has been found in a gemstone.

Chris Yakymchuk was the main Canadian researcher on a team of international collaborators in the U.K., Australia, and Denmark who were tasked with helping the government of Greenland locate ruby deposits to mine.

While they were successful at locating the gemstones, the team also made a much bigger discovery — a sign of ancient life, in a place no one had ever seen before.

“We’re doing all kinds of different analytical techniques looking at these rubies under the microscope,” said Yakymchuk, a professor of earth and environmental sciences at the University of Waterloo. “And we found something a little bit cooler — these little fragments of mineral graphite inside these rubies [made over] 2.5 billion years ago.”

Graphite is found in rocks made during a time on the planet when oxygen was not abundant in the atmosphere, and life existed only in microorganisms and algae films, according to the university.

Yakymchuk says that over time, ancient critters and organisms buried into the earth have turned into today’s gas and oil, and those buried deeper in the earth and closer to its core have turned into graphite, which is what the team is now investigating.

Ruby and sapphire fall within the mineral corundum family of gems. Corundum gems have colours ranging from brown, to deep red (ruby), deep blue (sapphire) and purple-pink. Although the purple-pink ones found are not the deep red colour typically associated with ruby, Yakymchuk said some scientists still call them ruby because they are part of the same mineral family.

The ruby has to be pulled out of the rock, polished and faceted before it starts to look like gemstones found in jewelry stores.

Their research shows the graphite changed the chemistry of the surrounding rock to create favourable conditions for ruby growth, meaning rubies could not form in this location without the graphite present.

“They’ve been around for billions of years — the rise and fall of the dinosaurs, massive meteorite impacts, the coming and going of massive glaciation events on earth, massive volcanoes,” said Yakymchuk on the The Morning Edition.

“For me personally, it’s quite humbling to think about all the things that are encapsulated in this ruby as a reminder of our small part in the long history of planet Earth.”

The Morning Edition – K-W5:40Researchers from UW have discovered signs of ancient life inside a 2.5 billion-year-old ruby

Evidence of ancient life has been found inside a 2.5 billion-year-old ruby by a team led by a University of Waterloo researcher Chris Yakymchuk. He shares what this discovery means and what it tells us about our history. 5:40

“It’s only in the last few years, the last 10 to 20 years [that] we’ve had the actual analytical tools, all the detailed instrumentation where we can actually look at these microscopic pieces inside of gemstones and kind of figure out what they’re telling us about life on Earth.

“The next step is to look in more places at more gemstones and see what else we can find, because I think these are little time capsules and we have no idea what we’re going to find next and that’s the most exciting part.”