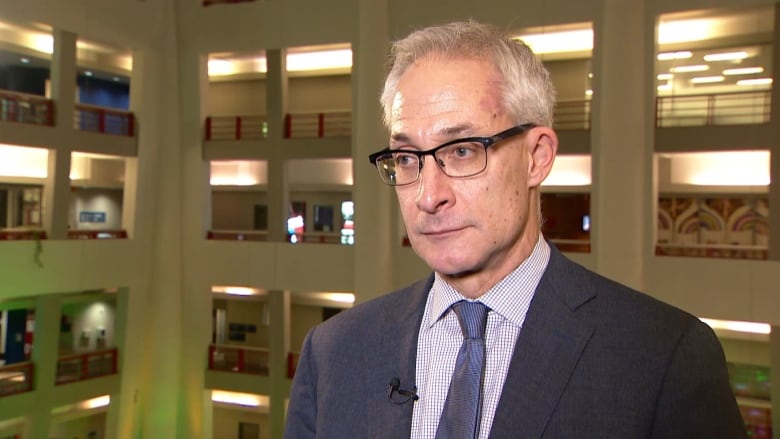 Ontario’s police watchdog will investigate the circumstances surrounding the 2015 death of a 20-year-old First Nations man to determine if there was any misconduct by Thunder Bay police.

A media statement from the SIU indicates the Thunder Bay Police Service received a call on the evening of March 24, 2015, from someone who had been drinking with Loon in Junot Avenue Park. The next morning, police responded to a call about a non-responsive person in the park, and found Loon dead. His obituary says he was the father of a young daughter.

The SIU is a civilian law enforcement agency that investigates cases where police are involved in another person’s death or serious injury, the discharge of a firearm at a person or an allegation of sexual assault.

Its decision to investigate whether officers are guilty of any wrongdoing came after a meeting last week with Ontario’s chief coroner, Dr. Dirk Huyer.

Huyer is a member of the executive governance committee established to oversee the reinvestigations of nine First Nations people — including Loon — who died in Thunder Bay in the last two decades.

The reinvestigations were recommended by an independent police watchdog in 2018 as part of the Broken Trust report, which found evidence of systemic racism in the Thunder Bay police force.

The Office of the Independent Police Review Director (OIPRD) reviewed 37 sudden death investigations involving the force over nearly 20 years, and concluded nine were “so problematic” they had to be reinvestigated.

In an interview with CBC News, Huyer said the decision to refer Loon’s case to the SIU was made by the executive governance committee, and it was the only one of the nine cases that was referred.

Huyer was asked what evidence came to light during the reinvestigations that led to the referral.

“As in any death investigation, I don’t speak about specifics, but even more so when there’s another investigative agency involved because I don’t want to impact any part of their investigation or the integrity of that,” he said.

The Broken Trust report lists key details and concerns about the original investigation into Loon’s death, which was determined to have been caused by hypothermia. Loon was also found to have “fresh abrasion injuries” and a high blood alcohol level.

The report noted this is one of several cases that were reviewed involving an Indigenous person who was presumed to have died suddenly from hypothermia or drowning.

“In a number of these cases, police failed to recognize that findings of hypothermia or drowning did not relieve them of their obligation to determine the circumstances under which these individuals froze to death or drowned, including the role, if any, played by others in contributing to their deaths,” it said.

Only one of several people who were with Loon shortly before his death was interviewed. The report says that by the time the one witness was interviewed, “it can reasonably be inferred that investigators had already decided that [Loon’s] death was accidental.”

The report also called it “deeply troubling” that police were called by a friend, the night before Loon’s body was found, who was concerned about the well-being of Loon and asked police to check on him.

There was no information included in the investigative file about how police responded to the call, if they did at all. But the report says the police service later told the OIPRD team that the call was logged as being “a lower priority” and “it was felt that there was no indication of public safety issues or immediate danger to [Loon].”

The report added that “at some point in the night, a cruiser drove by Junot Park and nobody was observed. This was reported back to dispatch and the car was cleared to leave.”

SIU referral ‘should have been done many, many years ago’

Julian Falconer, a lawyer who has led efforts to hold Thunder Bay police accountable for how Indigenous people are treated, welcomed news of the SIU investigation into the Loon case.

“I think it’s essential that this is put on a professional and credible investigative track … almost seven years since the tragedy of Arron Loon’s death,” Falconer said.

“This should have been done many, many years ago.”

Falconer added there are many outstanding questions about the role of Thunder Bay police Chief Hauth in the process, because of her position as a member of the executive governance committee.

In an emailed statement, police spokesperson Chris Adams said, “The chief was not part of any discussions or decisions regarding SIU cases.”

A statement from the Office of the Chief Coroner said the executive governance committee has a conflict of interest protocol, and it was adhered to “throughout the reinvestigations and other discussions.”