GoFundMe and the Ottawa convoy protest — your questions answered 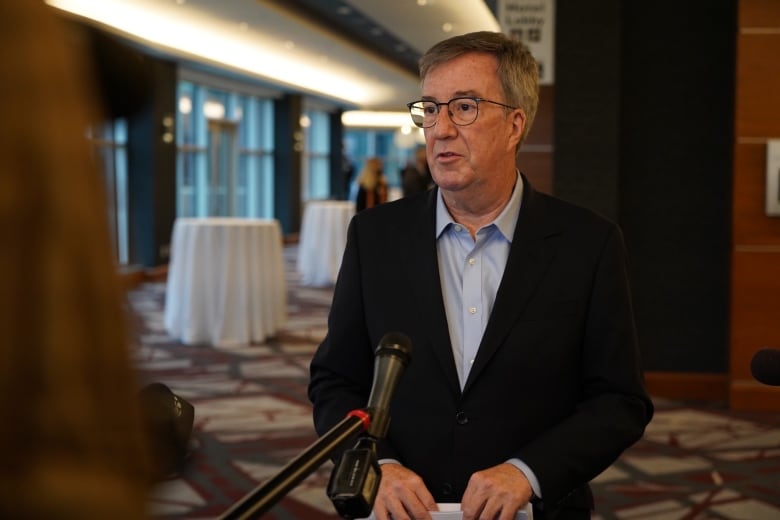 As a truck convoy protesting vaccine mandates enters its second week of demonstrations in Ottawa, questions are being asked about GoFundMe and its role in the protest.

Protest organizers have raised more than $10 million through the U.S.-based crowdfunding platform. The money is supposed to cover fuel and other expenses for truckers protesting Canada’s pandemic measures.

But the company has called a halt to disbursement of the money raised, citing concerns that the money may not be used in ways that comply with GoFundMe’s terms of service.

Here are answers to some questions our readers are asking about GoFundMe and the protest:

Q: Where is the money coming from?

The protest organizers have raised nearly $10.1 million from more than 120,000 donors. The identities and locations of many of those donors remain a mystery.

A CBC analysis found that about one-third of donors were anonymous or used aliases. The fund also has received money from donors in other countries, including the United States, the United Kingdom, Australia and Poland.

Ottawa Police Chief Peter Sloly also spoke this week of a “significant element from the U.S. that have been involved in the funding, the organizing and the demonstrating.”

Citing data protection regulations, GoFundMe says it does not make complete information about donors available — even to fundraiser organizers.

Q: Who are the fundraisers?

An organization called Canada Unity has taken responsibility for organizing the convoy. Tamara Lich and B.J. Dichter are listed by GoFundMe as the organizers of the fundraiser.

Lich spoke to the media on Thursday and said the convoy will not leave Ottawa until its demand for an end to all pandemic restrictions is met.

Canada Unity, meanwhile, has published a “memorandum of understanding” calling on Canadian senators and the Governor General to abolish all restrictions related to COVID-19 and reinstate any unvaccinated workers fired due to vaccine mandates.

The document says the Senate and Governor General must “RESIGN their lawful positions of authority immediately” if they do not agree to the group’s terms.

Elements of this story came from audience members, like you, who got in touch with us. Send us all of your questions. We are listening: ask@cbc.ca.

But the demands included in that memorandum are not mentioned on the GoFundMe page.

Keith Wilson, a lawyer representing the protest, said on Thursday that the “bulk” of the money has not yet been paid out to the organizers.

Q: Are there rules preventing fundraising for illegal activities?

Yes — but it’s not clear that the actions of the convoy protesters have violated the company’s rules.

The company prohibits fundraising for activities that support “hate, violence, harassment, bullying, discrimination, terrorism, or intolerance of any kind.”

The presence of Confederate flags and swastikas at the protest has been widely condemned, but the organizers’ GoFundMe page does not make explicit reference to the promotion of hate or intolerance.

GoFundMe does not prohibit fundraising in support of peaceful protest, and the right to protest is protected under Canada’s Charter of Rights and Freedoms.

But the convoy has blocked access to several downtown blocks and is making downtown Ottawa residents miserable by constantly sounding truck horns at all hours. Residents have reported being yelled at and intimidated by protesters. Businesses have shut their doors, citing safety concerns.

Ottawa Mayor Jim Watson has described the protest as an “illegal action.”

GoFundMe is a for-profit company but it no longer takes a cut of donations made through its website.

The company used to take a five per cent cut of donations. It dropped that fee in 2017 and now only asks donors for tips. It’s not clear how much the company has received via tips from donors to the convoy.

GoFundMe still charges a 2.9 per cent fee (plus $0.30 per donation), which the company says is used to cover the cost of credit and debit transactions.

Q: Could money in the fund be seized to cover expenses for the City of Ottawa?

Almost certainly not, according to the company’s terms. If the money is withheld from organizers, it most likely will be reimbursed to the donors.

GoFundMe’s terms say the company “may, at any time, for any reason, without notice, and in its sole discretion, offer or issue a refund of Donation(s) with or without consulting with [the fundraiser].”

Watson has asked GoFundMe to hold the remaining funds until the protesters leave Ottawa.

“Get out of town and then you can have access to your funds,” he said.

Q: Is GoFundMe regulated in Canada?

Not explicitly — but MPs now seem interested in learning more about the company’s operations.

On Thursday, a parliamentary committee asked GoFundMe executives to testify about how the company avoids funding extremism and hate through its services.

The federal government says it has not had any communication with GoFundMe during the protests.