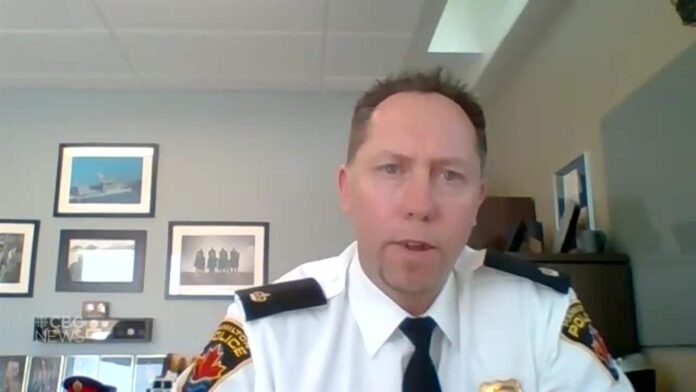 Have you been the target of a no-knock raid? Tell us about it in our questionnaire below.​

It’s becoming more common for police in tactical gear to barge into homes unannounced in Hamilton and the regional municipality of Halton in Ontario, according to new data obtained by CBC News.

The data, received through freedom of information requests, shows how often Hamilton and Halton police have used no-knock raids from 2019 to a period in 2021. It also reveals the number of people hurt in these raids involving heavily armed police.

No-knock raids, also referred to as dynamic entries, are supposed to be rare. By law, officers usually must knock on the door of a residence, identify themselves as police, and wait for someone to answer before executing a search warrant.

Police services say no-knock raids are generally only used if there’s a higher risk of danger or the potential destruction of evidence.

In Halton region, however, the number of no-knocks from 2019 to 2020 almost doubled. In Hamilton, there was a 25 per cent increase during that period. Incomplete data for 2021 also indicates such raids in both regions are still rising.

The data CBC News has gone through also shows Hamilton and Halton raids have injured two officers and six civilians since 2019.

There are no details about the single civilian and one officer injured in Halton.

No-knocks have come under scrutiny after reports of raids going off the rails and some turning deadly, such as in the case of Anthony Aust in Ottawa and Breonna Taylor in the U.S.

While this data request only focused on Hamilton and Halton, research by CBC’s The Fifth Estate indicates these commando-style raids happen daily in Canada.

Researchers and activists reacting to the newly obtained statistics for Hamilton and Halton say they’re concerned about the militarization of policing, and are calling for more oversight and transparency.

Why are dynamic entries on the rise?

Halton police said in a statement the rise in local no-knock raids was because there were more situations that were deemed high risk or could lead to the destruction of evidence.

Hamilton police Supt. Marty Schulenberg told CBC Hamilton the rise in such raids locally is because of an “alarming increase” in the number of guns being found on city streets.

“In 27 years of policing experience, when I first started policing in a patrol capacity, it was very rare to find a firearm in the city of Hamilton … [now] we’re actually stumbling across them in our traffic stops.”

He also said there’s been a 15 per cent increase in guns seized between 2020 and 2021, and a 70 per cent growth in shootings over the last five years. Last year, Hamilton saw 19 homicides — an all-time high. 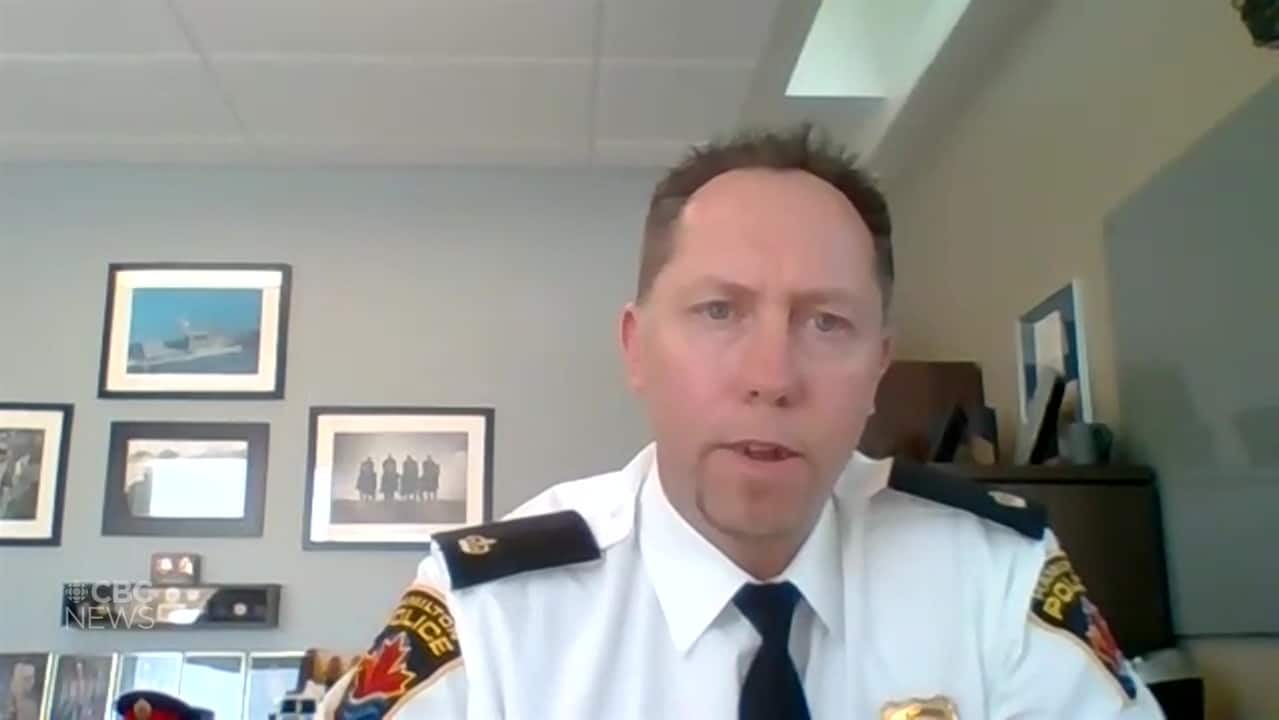 Hamilton police superintendent Marty Schulenberg says a rise in no-knock police raids is related to more firearms being found in the community. 1:13

“When I use numbers, I don’t mean in any way to detract from the impact that has on the community … all these factors are cumulatively increasing the public safety risks and there’s also a significant risk for our members as well.”

Halton police said their process includes extensive planning and its officers always try to make an arrest outside the premises (and those are also included in its no-knock statistics).

Both the Hamilton and Halton police services said no-knocks remain uncommon compared to the number of overall search warrants they execute, but neither provided those figures.

Kojo Damptey, executive director of the charitable organization Hamilton Centre for Civic Inclusion, is concerned over the growing number of no-knock raids.

“That’s why these no-knock raids need to be looked at in a systematic way.”

Damptey is also concerned about physical injuries caused in raids, saying while Hamilton police state they weren’t severe enough to get the SIU involved, that may not account for how it impacts mental health of people experiencing the raids.

Calls for more checks and balances have grown in recent years. Legal experts want judicial oversight and more public data, among other measures, but the Supreme Court gives police latitude.

For example, Schulenberg said, despite all the planning involved in a no-knock, there is room for officers to change the plan in the moment.

“There’s no check, there’s no balance on these things. They could have 120 [raids] next year, they could have 220,” said Kevin Walby, an associate professor of criminal justice at the University of Winnipeg who researches no-knock raids and related case law.

“A lot of judges … have suggested, often times, police are too aggressive, the level of force they’re using is not warranted.” 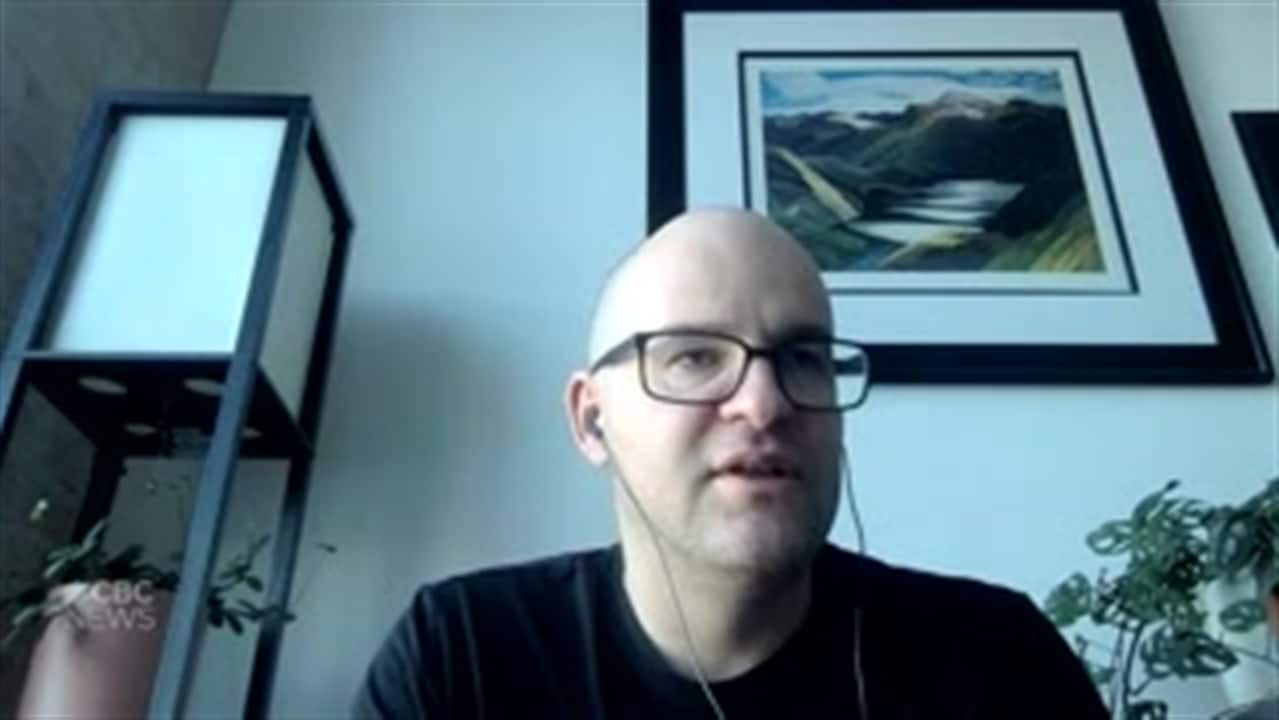 Kevin Walby, an associate professor of criminal justice at the University of Winnipeg, says there are growing concerns about no-knock police raids. 2:23

Walby said tactical teams are being used more often in everyday policing and that — along with the growing incidents involving no-knock raids — is leading to a “full-steam-ahead” approach to militarizing police services.

Kevin Bryan, a retired police detective with York Regional Police and policing instructor at Seneca College in Ontario, said there’s always a risk of injury when dealing with crime, and no-knock raids are safer because it gives police more control of the situation.

For example, trying to pull someone over on the road could lead to a high-speed chase that puts innocent drivers at risk, he said.

Bryan said police services in different cities can use no-knocks to strike at the same time for joint-force operations.

“We can’t just say, ‘Well, there’s a risk someone might get hurt, so we don’t do the warrant’ … then why are we enforcing laws?” Bryan said.

No signs of more public police data in Hamilton

The effectiveness of no-knock raids is unclear.

Damptey said police should publicly share more details about no-knock raids, such as demographic information about who was targeted.

Schulenberg said police aim to be as transparent as they can and welcome community feedback, but noted including more data would be up to the Hamilton Police Services Board.

Board spokesperson Kirsten Stevenson said it is “content” with how it reports use-of-force statistics and won’t make no-knock data any more accessible.

She said the board can request changes to information in reports when they receive them.

In late July, Hamilton police officers busted through the front door of the home of Mirza’s girlfriend, threw a smoke grenade and aimed their guns at him. They found nothing in the house.

Mirza wasn’t physically hurt, but the situation traumatized him.

It’s been months and he’s no closer to learning why the raid happened. He said he hopes for more transparency for all people involved in raids.

“I get it, you have to do your job, but I deserve answers.”