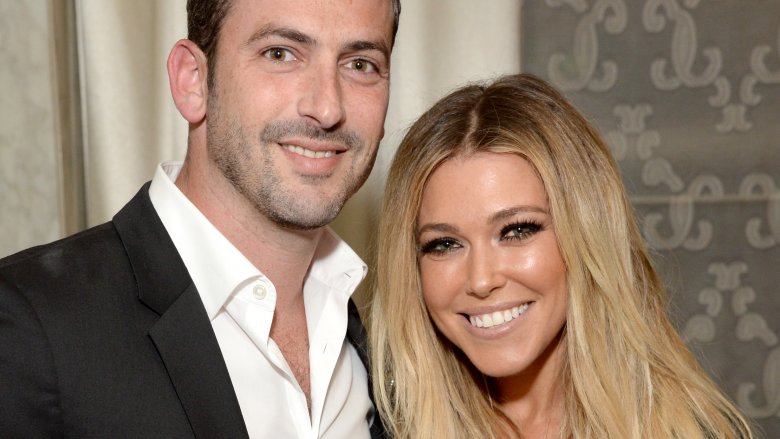 Singer Rachel Platten is pregnant! On Wednesday, July 25, 2018, the “Fight Song” singer took to Instagram to announce that she and her husband, former lawyer Kevin Lazan, are expecting their first child together.

“This is one of my most exciting announcements, but also one of my most vulnerable. So here goes…. I am pregnant!!” Platten began, captioning a snapshot of herself showing off her growing baby bump. “I can’t believe I’m finally typing these words – I have wanted to share this news for months.”

Throughout her lengthy post, the mom-to-be revealed why she decided to wait on sharing her exciting baby news. “I became paralyzed about doing it the exact, perfect way – how to express all of my total bliss and yet all this fear too? I finally realized that I can’t worry about making being ME comfortable for everybody else, I have to share this journey MY WAY: with honesty, vulnerability, love and an open heart. The truth is, I am overwhelmed with love, joy and happiness about our baby.”

Although Platten has been experiencing a rather difficult pregnancy, with “serious nausea, exhaustion, [and] constant sickness,” she called it a “total miracle.” She added, “My husband and I couldn’t be more thrilled.”

“With all the mystery and wonder around this, one thing that has been abundantly clear to me,” Platten concluded her heartfelt post. “This little unbelievable soul that I haven’t even met yet is going to be my biggest teacher in the world and I cannot wait to learn.”

Platten, 37, and Lazan, 38, tied the knot in a Jewish ceremony held in Bristol, Rhode Island in July 2010. “We’ve been together for 10 years,” the singer-songwriter told Us Weekly in 2015. “And he’s a huge reason why I kept believing in my dreams.”

Congratulations to the happy couple on their pregnancy news! Throughout the summer, a number of other celeb pairings have also made exciting baby announcements. As Nicki Swift previously reported, Deena Cortese of Jersey Shore is pregnant with her first child, a baby boy, with husband Chris Buckner. Their little bundle of joy is expected to arrive in December 2018. Meanwhile, country music star Jason Aldean and wife Brittany Kerr are already expecting baby no. 2 after welcoming their first child together, son Memphis, in December 2017.

Earlier this week, former Dancing with the Stars competitor Jana Kramer revealed that she and husband Mike Caussin, who are already parents to 2-year-old daughter Jolie, are expecting a baby boy. In her initial pregnancy announcement, made in late June 2018, Kramer referred to their second child as “a rainbow baby” on social media. The former One Tree Hill star, who had undergone IVF treatments, first opened up about her pregnancy struggles in December 2017, when she revealed that she’d sadly suffered two miscarriages.