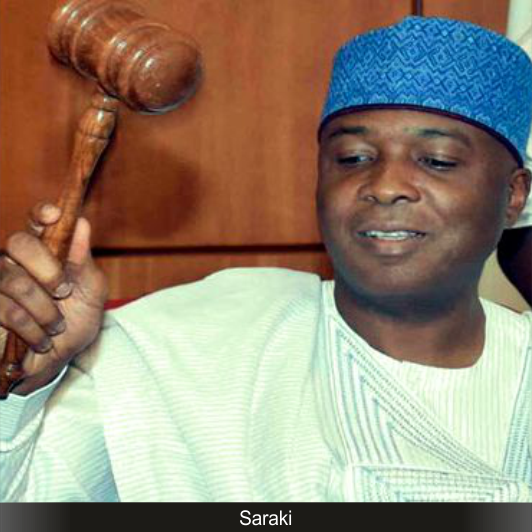 The aspect of the 2014 National Confab report that requires legislation should be considered by the National Assembly. The conference was a historic opportunity for Nigerians who gathered from across the six geo-political zones of the country to discuss and come up with a report containing resolutions on topical issues that were germane and could transform Nigeria from its current challenging situation.

Although we had some minor differences, especially at the inception, in the end, fantastic resolutions were reached.  As a representative of the National Council of Women Societies, 35 per cent affirmative action for women was agreed.

I was also a member of the Agriculture Committee during the conference. I made suggestions which were considered and adopted. The issue of ranching, grazing zones, commercial and mechanised agriculture, were all adopted.

By then, herdsmen were only being accused that their cattle destroyed farmlands. We saw that as an unacceptable waste of investments in agriculture. But today, the problem has assumed a dangerous and frightening dimension as they are now being accused of going around with sophisticated weapons such as AK-47, killing and maiming people and raping innocent women. If the report of the conference on these areas had been implemented, Nigeria would not have been in the current quagmire, economic recession, and insecurity, especially as it affects farmers.

If you go to San Jose Silicon Valley, California, in the United States of America, you will see well coordinated ranching, mechanised and commercialised agriculture, as well as Information and Communication Technology hub. Such can be replicated in Nigeria if the relevant resolutions on agriculture are domesticated and implemented. The conference report has aspects that should be implemented by the executive arm of government and aspects that should be legislated on.

It is a cardinal democratic practice that the legislature is responsible for law making. So, the aspect of the conference report that requires legislation should be considered by the National Assembly.

The National Confab which I was part of in 2014 had the problem of legitimacy from the word go. People who had reservations about its composition and the reason for its convocation made their reservations public, locally and internationally.

It was convened with a pre-conceived agenda to further the cause of the then President Goodluck Jonathan and a handful of individuals who were looking for any opportunity to settle what they considered scores with the rest of Nigeria.

The conference was meant to come out with a definite outcome and I am not surprised that some elements of the Peoples Democratic Party and agents of the Jonathan administration want to give legitimacy to what did not have legitimacy in the first place. The conference and what came out of it is not implementable; it will be a waste of time and resources for the Senate to consider a report that the Federal Government has not acted upon in terms of issuing a white paper.

The 2014 National Conference report remains our very recent effort of coming together to proffer solutions to the many questions that threaten our corporate existence as Nigerians.

It is a shame that 57 years after our independence, we are still preaching oneness and unity.

I must say that I am impressed with the move by the National Assembly to consider the report of the 2014 National Conference. It is indeed a welcome development and it is very healthy for our democracy. The report will do more good than harm to the country at large. This report is a product of a national consensus, that is, it represents the will of the people in every nook and cranny of Nigeria.

Each of the states was represented and their agitation was put forward for the growth of our country at large. Mind you, millions of naira went into the organisation of this conference and of what benefit would it be for our nation to waste resources in organising a big project like that only for the resolutions of such a programme not to be implemented?

The only way Nigeria can develop is when some of the recommendations of this conference are implemented. Let the agitations of our various components be considered and peace would reign in our country.

If there is any political gathering that has been with good and qualitative representation, it is the 2014 National Confab. The effects of implementing the report cannot be over-emphasised. It is needed for our growth and development as a nation.

While the ongoing selective interface between government and elders from the various parts of the country is good, it is cosmetic.

Cosmetic in the sense that the principal actors in most of these agitations are youths and these agitations are not likely to go easily. Every section of this country is disenchanted with what is currently going on. It is not the South-East alone. There are agitations from the South-West with some calling for Oduduwa Republic, and some people from the Niger Delta who have declared their own republic.

Sovereignty has to be returned to the Nigerian people through the amendment of sections 8 and 9 of the 1999 Constitution to allow for us to have a referendum just like the British people have in their constitution.

In my opinion, the National Assembly should look into the report of the National Conference, especially at this time. It will help the nation to address many issues threatening our existence.

Nigeria can be likened to a polygamist with many wives. The wives are the ethnic, tribal and federating units, each wanting the attention and affection of the husband.

We can douse the agitation for secession by the Igbos by ceding the presidency to them, come 2019. This is a sacrifice we as Nigerians can make at this critical juncture to keep the country united. A similar concession was made to the Yorubas after the agitation for the revalidation of June 12 failed.

There is no better moment than now for the 2014 conference report to be looked into and implemented.

The Senate recently took a right step in this direction. The presidential system of government has obviously failed us as a country. It is too large, wasteful and expensive.

The failure of the government to consider restructuring at this point in time is an invitation to Armageddon.