Should couples worship in same place? 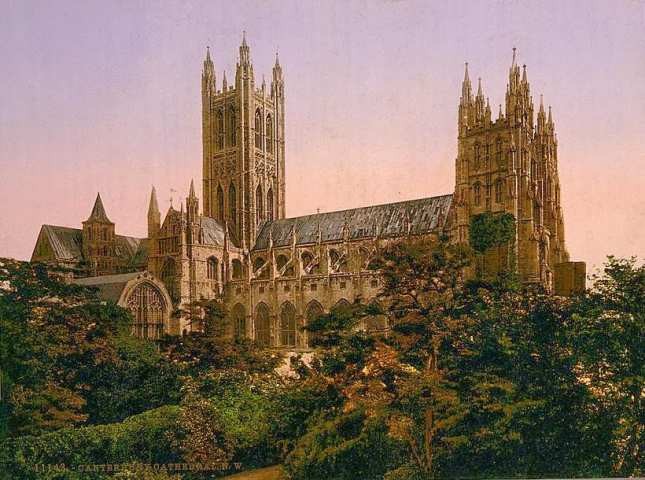 Forty-two-year-old Christopher Martins is neither a Muslim nor a Christian. But his wife is a Christian.

The father of three, who is a businessman, told SUNDAY PUNCH that he always obliged his wife anytime she invited him to her church during any special programme.

“I do not see any big deal in attending the church anytime she invites me to any of their programmes. I do not attend any mosque or church so her occasional invitation is an opportunity for me to have a feel of  what goes on in a church,’’ he said.

Asked if he would not mind attending same church with his wife and kids if he were a Christian, he firmly said there would be no need for that.

Martins said, “What for? I am someone with unique perspectives about life. I love my privacy and do not deprive others of theirs. I will give support to my wife even if she is a Muslim and invites me to the mosque where she worships. But beyond that, there is no reason why we should attend same worship centre. The beauty of religion is in its variants across faiths. Why should we both be marooned in one place without an opportunity to explore the diversities of doctrinal interpretations by men of God? It is even said that the faith of a father does not earn his son salvation. I prefer to worship in a different place and my wife elsewhere.’’

Martins’ position was backed by a father of one and a master’s student of public policy at the University of Oxford, England, United Kingdom, Mr. Adedotun Eyinade.

Eyinade, who said there was no rule recommending couples to worship in the same place, added that doing so was not a proven recipe for marital longevity.

He said, “Let me add quickly that a set of shared values or mutual faith commitment is often found in marital unions that are doing fairly well. Sometimes, there could be circumstances that make for differences in preference for worship centres or even faith in a marital union. Even among couples that share the same faith, there are sometimes different theological persuasions. My wife, for instance, subscribes to the Pentecostal tradition. I do not. I am not a hardliner, so I sometimes accompany her to her church but I do not consider myself a member of her congregation and vice-versa.’’

He stated that he and his wife understood and respected their theological differences, adding “and it has not detracted from the love we have for each other. This is even within the same religious faith how much more couples that share different faiths. True love transcends religious differences and individual preferences for worship centres.”

He argued that if married couples shared same faith, they should worship God in the same place.

Fajoyegbe added, “It is better for married couples who share same faith to worship in the same place. But if they have different religious affiliations, there should be no compulsion.”

Also, a research administrator with a UK-based charity organisation, Mr. Omololu Ogunleye, stated that couples should worship in the same place.

Ogunleye said, “Not that it is mandatory or scriptural but I feel it is good for the strengthening of their marriage. Pastors teach the gospel in a way they understand, and we have seen a situation where same messages are preached and interpreted differently by pastors. For instance, a church can say it is wrong for women not to cover their hair. Some will say it is okay for women to do so. If couples go to different churches, clash in doctrines is inevitable. So, it is only better for couples to worship under same umbrella and have same Christian views.’’

A pastor, Rotimi Adeniran, also argued that it was good for married couples to worship and fellowship together in the same place.

He added that doing so would have a positive impact on their union. “They will learn from the same platform and this will enhance their relationship. I see no reason why they should worship in different places since they are one,” the clergyman said.

On her part, a photographer, Mrs. Bolanle Esiri-Adewumi, said people marry to consolidate their social status, improve their spiritual wellbeing and subsequently impact positively on the overall growth of their kids.

“For this to work, I am of the opinion that both parents must agree on the basic principles of the Christian faith and worship in the same church.

“For the sake of a unified front when it comes to the children, it is better to attend the same place of worship. It promotes family unity and helps reinforce beliefs,’’ she stated.

The idea of married couples worshipping God in the same place provided they practice same faith is what should be non-negotiable, according to Mrs. Bisola Akeju.

She recalled that there was a time she stayed longer than expected during an evening service in her church and her husband flared up when she arrived home late.

Akeju noted, “The day is still fresh in my memory. He did not accuse me of anything but I felt empty as he kept nagging to know why I had to stay back. In actual fact, I was pouring my heart to God over a family issue after the service. I had arranged for his meals before I left home but he just couldn’t understand the reason behind my delay in arriving home early from the church. If we attend same worship place, I am sure he would not only understand but also join me in prayers. That experience taught me a hard lesson that I have to be careful of how I handle my spiritual activities if I still want my home intact.’’

She added that besides that, worshipping in the same place would allow married couples to study God’s word together and jointly reflect on the sermon of the day.