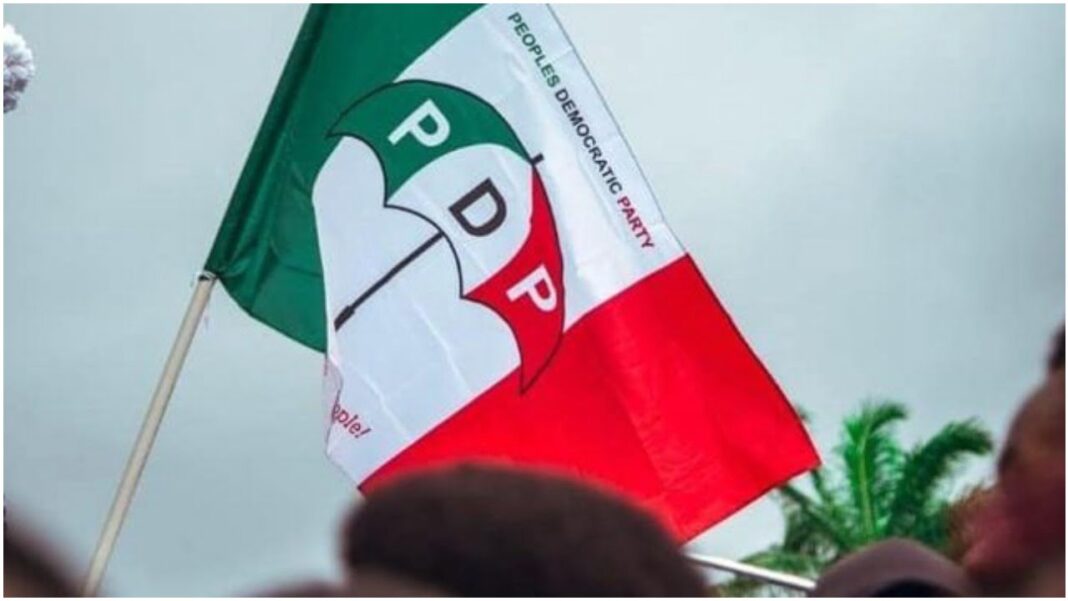 The state chapter of the Peoples Democratic Party (PDP) has reacted to the recent security award given to Governor Bello Mohammed Matawalle of Zamfara State by the Niger Republic.

Speaking with DAILY POST in Gusau, the state capital, the leaders of the party wondered why Matawalle should deserve such an award even when killings and kidnappings persist in the state unabated.

According to one of the executive members of the party in the state, Alhaji Mustapha Bungudu, the award was because of a personal relationship and not merited.

Bungudu confirmed that the PDP in the state was not living up to expectations, saying that the party was supposed to use all available lapses of the ruling All Progressives Congress (APC) to capture the state in the next general elections.

“How can the leaders of the party in the state be relaxing in Abuja expecting manna to fall from heaven when they did not work fervently for that?

“We are no longer in the days of Moses when manna used to fall from heaven. There is no sign that the PDP can challenge APC in the state because PDP has no structure and machinery to challenge the ruling APC.

“Even though the party’s leadership in the state remains a toothless bulldog, some of us in the party will continue to voice out our grievances.

“Just a few months to the 2023 general elections, PDP is not yet coordinated, having internal crises here and there, ranging from defections to suspensions of its key leaders,” he said.

The PDP chieftain maintained that there is still time for the party’s leadership to reposition the party before the 2023 general elections, saying that any failure to address the PDP’s teething problems would continue to see Zamfara as a one-party state.