She joked that she “got tricked” into their relationship, she admitted, “I’m glad I did.”. 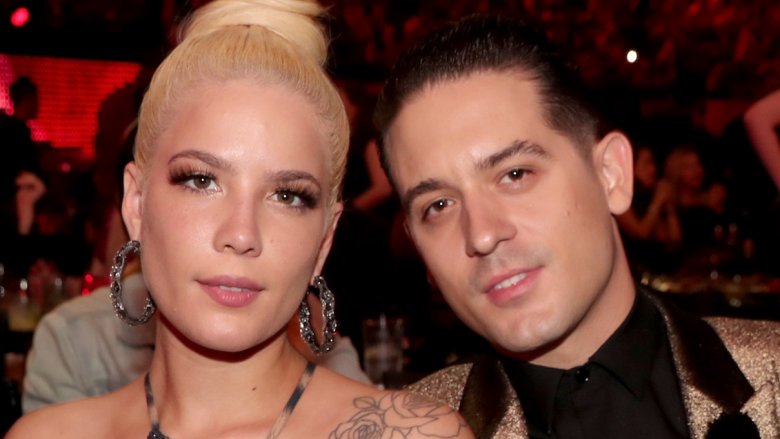 Halsey and G-Eazy had dated for one year. In May 2018, Halsey opened up about her relationship to E! Noting that G-Eazy had been “really persistent” in regards to starting a relationship, Halsey said, “He really wanted to hang out and really wanted me to like him a lot.

Halsey and G-Eazy are over.

At the time of this writing, G-Eazy has yet to comment on the break up.

Halsey continued, “I’m eager to continue the upcoming passage of time dedicating myself to my art and my career and the duration of my tour. I wish him the best. Thanks for respecting our privacy at this time.”

On Tuesday, July 3, 2018, Halsey (real name Ashley Frangipane) took to her Instagram Story to announce that she and the rapper had broken up. “G-Eazy and I are taking some time apart.”

In addition to her statement regarding her split from G-Eazy, Halsey also reportedly deleted many of the photos of her and her now-ex together from Instagram.