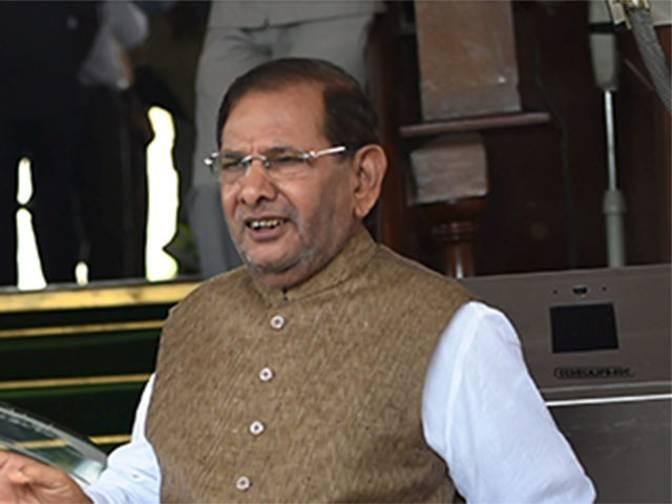 The strained ties within the JD(U) were evident on Tuesday after senior leader Sharad Yadav sided with the Opposition in Parliament over the “different sizes” of Rs 500 notes printed by the government after demonetisation. Yadav, who is learnt to be “deeply pained” by Bihar Chief Minister Nitish Kumar’s decision to join hands with the BJP, held up enlarged copies of the differently-sized notes to the House, reported news agency PTI.

“I can give signed copies (of the notes),” he was heard saying from the front rows of the Opposition benches, adding that India is the only country in the world that does not have uniform notes. “One is big, one is small,” he added, as Congress members trooped into the well of the House. The Rajya Sabha was adjourned six times today over what the Congress described as the “biggest scam of the century”.

Although he has not broken his silence on the developments, Sharad Yadav has recently held talks with Opposition leaders like Ghulam Nabi Azad and Sitaram Yechury.

(With inputs from PTI)