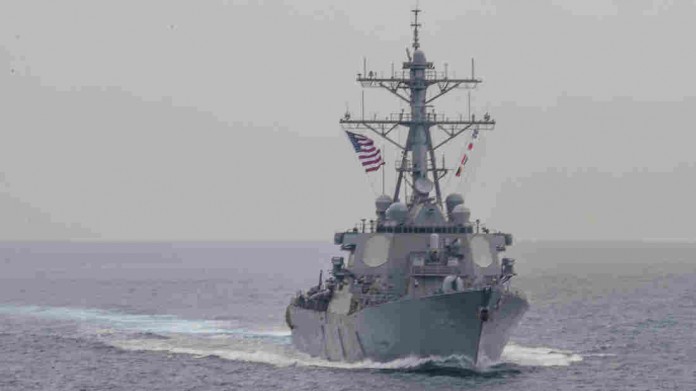 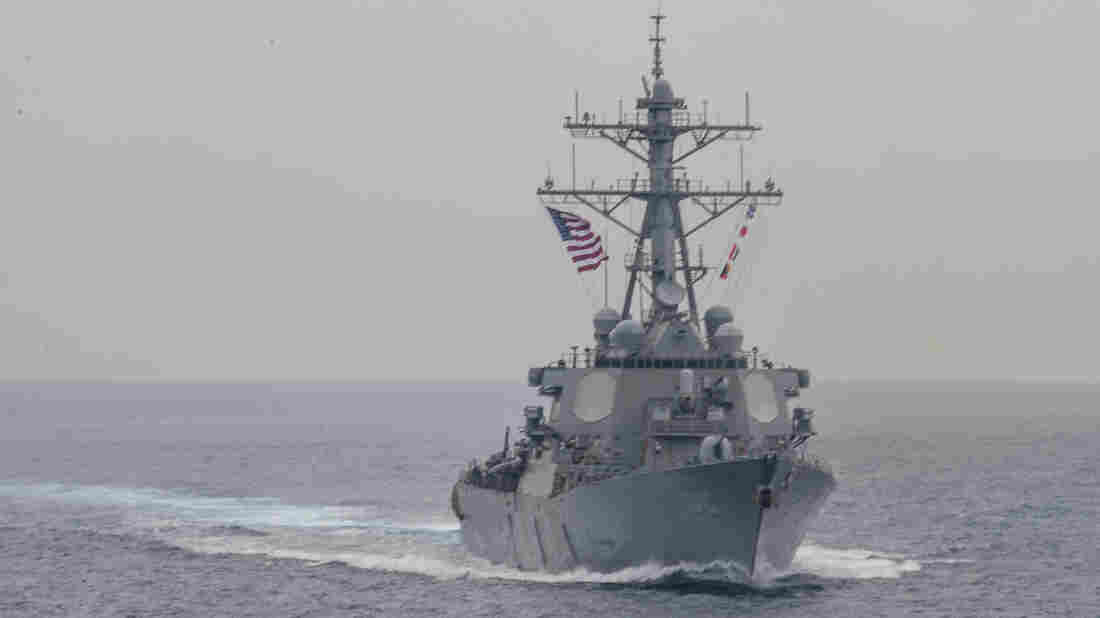 The destroyer USS Fitzgerald, seen sailing in the Sea of Japan earlier this month.

The Pentagon confirms seven crew members of the destroyer USS Fitzgerald are unaccounted for after a collision with a Philippine-flagged merchant vessel off the coast of Japan. The collision with the container ship ACX Crystal took place around 2:30 a.m. Saturday local time.

Three patients have now required medical evacuation, the 7th Fleet reported on Twitter. A statement from the Navy says:

“One was Cmdr. Bryce Benson, Fitzgerald’s commanding officer, who was transferred to U.S. Naval Hospital Yokosuka and is reportedly in stable condition. … Other injured are being assessed. There are seven Sailors unaccounted for; the ship and the Japanese Coast Guard continues to search for them.”

The Fitzgerald, which is significantly smaller than the container ship involved in the collision, “suffered damage on her starboard side above and below the waterline” that “resulted in some flooding,” the Navy says.

Aerial footage shot by Japanese broadcaster NHK appears to depict severe damage to the destroyer, which is now proceeding under its own power back to port in Yokosuka.

The Navy statement adds, “USS Dewey (DDG 105) got underway this morning as well as several U.S. Navy aircraft, and will join Japanese Coast Guard and Japan Maritime Self-Defense Force helicopters, ships and aircraft to render whatever assistance may be required.”

The statement quotes Adm. Scott Swift, commander of the U.S. Pacific Fleet as saying, “Right now we are focused on two things: the safety of the ship and the well-being of the Sailors. … We thank our Japanese partners for their assistance.”

“All of our thoughts and prayers are with the Fitzgerald crew and their families,” Adm. John Richardson said in an earlier statement.

The guided missile destroyer recently took part in a training exercise with the Japanese Maritime Self-Defense Force, along with the aircraft carriers USS Carl Vinson and USS Ronald Reagan.