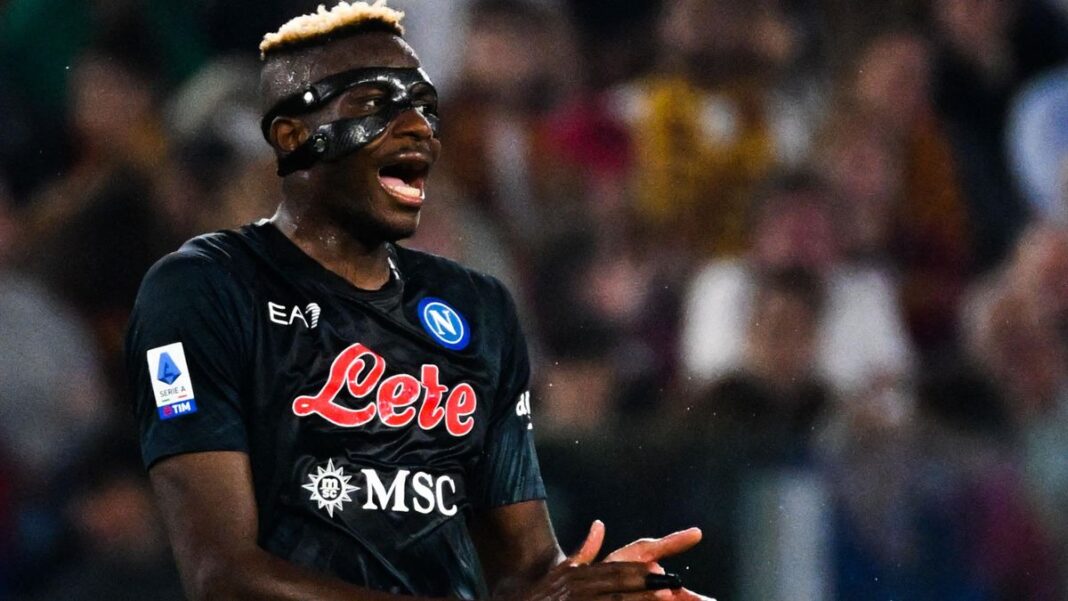 Super Eagles striker, Victor Osimhen made history after netting a hat-trick in Napoli’s 4-0 thrashing of Sassuolo at the Diego Armando Maradona Stadium on Saturday.

The 23-year-old became the first Nigerian footballer to achieve the feat.

It was Osimhen’s first-ever hat trick for any club since he turned professional.

A number of Nigerian strikers, including Kanu Nwankwo, Obafemi Martins, Ayodele Makinwa, and Simy Nwankwo have played in Serie A in the past, but none of them was able to achieve the feat.

Osimhen is now Nigeria’s joint-top scorer in Serie A with 31 goals.

He has scored seven goals in eight league appearances for Napoli this season.