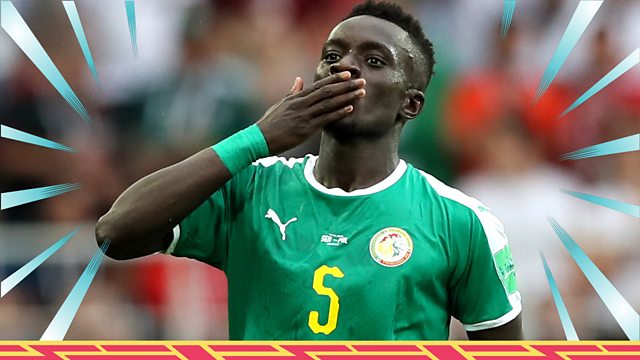 Senegal deservedly defeated Poland in a game of few chances to claim the first win by an African team at the World Cup – although there was a hint of controversy about their second goal.

M’Baye Niang sprinted back on to the field of play after injury and immediately intercepted a backpass from midfield, beating former Arsenal goalkeeper Wojciech Szczesny and Southampton defender Jan Bednarek to the ball.

He then slotted into an empty net – to the confusion and disgust of several Poland players, who protested in vain to referee Nawaf Shukralla.

The Lions of Teranga had taken the lead shortly before the break when a shot from Everton’s Idrissa Gueye took a huge deflection off the unfortunate Thiago Cionek.

But they ensured a frantic finale when Grzegorz Krychowiak headed home a free-kick at the far post.

The result came hours after Japan had defeated 10-man Colombia in Group H’s opening game – and one of the qualifiers could go on to play England in the last 16.

Senegal gets Africa up and running

It was played four, lost four for the African teams so far in Russia before Senegal and Poland became the final two sides to make their bow at this World Cup.

The three north African teams – Egypt, Morocco and Tunisia – had conceded late goals in narrow defeats, while Nigeria were a poor second to Croatia.

But playing in their second World Cup, Senegal showed a passion and physicality that their seeded opponents could not handle.

Aliou Cisse’s team were wayward in their finishing – epitomised by one horribly miscued first-half strike by the lively Niang – and some of their decision-making saw good openings wasted.

But they played with great ambition and purpose and showed enough to suggest they could well qualify from what is regarded as a very open group.

Like Lewandowski, Liverpool’s Sadio Mane had dominated the pre-match billing, but was heavily marked and posed little forward threat.

But that will surely be of little concern to the skipper as his team hope to emulate the team of 2002, who reached the quarter-finals.

And their superb post-match celebrations, dancing in the corner in front of their small but jubilant supporters, suggested the tournament will be better for having them in it as long as possible.

Poland fail to live up to their seeding

Poland had huge support inside the Spartak Stadium and are the seeded team in Group H – but they were disappointing in all areas.

Lewandowski was heavily marked, but apart from a weak shot on the turn that went wide and a free-kick that was easily saved he posed little threat to the Senegal goal.

It was the 29-year-old Bayern Munich striker’s World Cup debut and he needs much better service if he is to help Poland recover from their terrible start and progress beyond the group stage.

Influential defender Kamil Glik injured his shoulder shortly before the start of the tournament attempting a bicycle-kick and is not yet fit. He was badly missed.

Not only did replacement Cionek suffer the misfortune of deflecting an innocuous-looking shot into his own net, but the entire backline struggled to cope with the pace and physicality of their opponents.

Poland brought on defender Jan Bednarek for Jakub Blaszczykowski – who had a miserable game on his 100th appearance for his country – at the restart and switched to five at the back, with the full-backs pushing forward.

But despite a marginal overall improvement it could not eradicate the sloppiness in midfield, which was evident as Senegal extended their lead.

Krychowiak’s backpass at best showed a lack of awareness and left Szczesny caught in no man’s land as Niang beat him and Bednarek to the ball before slotting into an empty net.

Krychowiak’s header was well taken four minutes before full-time but it could not mask a disappointing afternoon for Adam Nawalka’s team.

Shots on Target
Home4
Away2