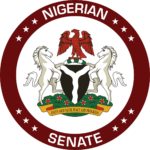 The Senate on Tuesday engaged stakeholders in the financial sector over the continued failure of government’s financial and monetary policies.

At the meeting with the leadership of the Senate were the Minister of Finance, Kemi Adeosun; Governor of the Central Bank of Nigerian, Godwin Emefiele; and chief executives of commercial banks.

The meeting was said to have discussed means of closing the gaps between monetary and fiscal policies to ensure that they complement one another.

The Chairman of Senate Committee on Banking, Insurance and Other Financial Institutions, Senator Rafiu Ibrahim, who spoke to journalists shortly after the meeting, said the rising interest rates dominated discussions.

“You remember on the 3rd of June, there was a motion on the rising interest rate regime. And on the 13th of June, we did a round-table which was with the monetary authority, the banks and other stakeholders.

“From that round-table we discovered that we need to meet both the monetary and fiscal authorities together. And that’s what we did today and the meeting was very fruitful.

“We were able to bear our minds. All of us shared the sentiment that no matter what it takes, now that the exchange rate regime has stabilised, all hands must be on deck for us to achieve a better interest rate regime.”

The senator added that the exchange rate, inflation rate and interest rate must be reviewed for the nation to have a vibrant economy.