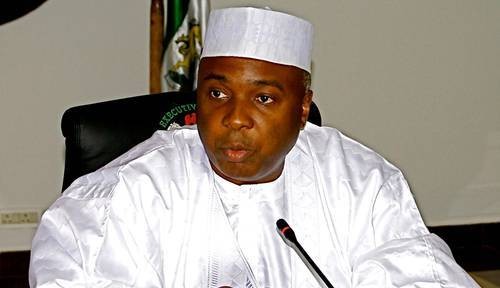 “We’ve issued several rejoinder statements as well as clarifications by the NNPC, ENI, explicitly stating that there is no existing mandate for the concession, sale, equity transfer or privatization of the Port Harcourt refinery or any of the nation’s refineries. As a crude exporter and supplier of refined products to the country, our expression of interest in the refurbishment and upgrade of the refineries is as a funding partner. Our proposed participation in this effort is an opportunity to drive the country forward and ensure product security is realized. We are wholly committed to the Nigerian Government’s vision to become a petroleum product self-sufficient country in the short to medium term, and ultimately be a net exporter. The Port Harcourt refinery remains a national asset, under the full control of the NNPC as far as we are aware, and there is absolutely no concession deal in place” Tinubu said in a presentation to the committee.

Nigeria’s refineries have continued to lie in a perpetual state of disrepair and encounter capacity utilization challenges due to sporadic crude supply, lack of funding, challenged maintenance execution, and bureaucracy.

A Joint Upstream and Downstream Senate committee initiated a probe following reports that the Port Harcourt refinery was due to be sold via a privatization exercise by the NNPC with Oando and Eni as the preferred consortium. The ad hoc committee was subsequently put together to conduct a public hearing with labor and trade unions, host communities, and the general public also in attendance.

The Chairman of the ad hoc committee, Senator Abubakar Kyari said, “We’ve heard extensive summations from all parties involved regarding this concession process. Inevitably partnerships between the public and private sectors are necessary to provide the required funding to rehabilitate our nation’s refineries. We are committed to due process, and in seeking to achieve these goals, sound principles of corporate governance and extant laws must be adhered to, for the greater good of the Nigerian people. Indeed we will come up with recommendations aimed at improving transparency in the oil sub-sector of the economy and at the same time encourage investors.”

Last year President Muhammadu Buhari’s approved efforts by the Petroleum Ministry for the potential engagement of strategic investors with refining experience and funding capacity to partner with local players with a firm understanding of Nigeria’s downstream oil market to revamp the refineries.

In a bid to strengthen international relations, the Italian Government through ENI (an Italian oil and gas company in which it owns 30.3% shareholding), committed to support the rehabilitation of the country’s refineries, specifically the Port Harcourt refinery in which it has a long history of technical involvement.

Earlier this year, the Minister of State for Petroleum Resources and Chairman of the Board of the NNPC, Dr. Kachikwu met with ENI CEO, Claudio Descalzi, to discuss further cooperation between ENI and the Nigerian government within the energy sector.

In the upstream sector, oil and gas production operations would grow with an increased focus on development and exploration activities in the onshore, offshore and Ultra Deep Water operated areas. The parties also agreed to explore a potential collaboration refined product security via technical services for the rehabilitation and enhancement of Port Harcourt refinery, while power generation and access to energy would be further enhanced by doubling the power generation capacity in Okpai IPP through the fast track development of its Phase II, making it one of the largest combined cycle power plants in Africa.

The MoU also set the basis for the assessment of the electricity national grid reliability alongside efficient renewable energy projects, to secure energy accessibility in Nigeria’s most remote areas.

“There is absolutely no concession framework for the Port Harcourt refinery or any of the refineries. Our mandate has always been to grow our production levels year on year, cost-savings for the country, and an increased dollar revenue. To propel this initiative, we realized we needed a scale-up in the technical know-how in our 100 percent indigenously-operated refineries, as well as private sector participation to crystallize the rehabilitation program,” Dr. Kachikwu said.

With the refinery privatization scheme proven untrue, the Senate has been widely applauded for its oversight of the NNPC, reinforcing the long-running mandate of the Buhari administration regarding transparency and accountability by all arms of government and within the private sector. The Federal Government has increased efforts to implement pertinent and active reforms to develop a more stable and enabling oil and gas landscape to tackle capital flight, create jobs, grow infrastructure and amenities, and impact the country’s GDP.

The crude processing nameplate capacity for the nation’s refineries stands at Port Harcourt – 210,000 bpd, Kaduna – 110,000bpd, and Warri – 125,000 bpd. However, all three refineries supply a fraction circa 19% (2,009kt) of the nation’s Premium Motor Spirit (PMS) requirement (10,800kt) on an annual basis. This equates to an import burden on the Federal Government in excess of $7bn annually and annual export refining margins of ~$768m.Turn-around Maintenance (TAM) is also required every 18 months for the refineries, instead of the expected 20 years without required levels of maintenance

A long-winded privatization exercise under the auspices of the Bureau of Private Enterprises (BPE) was held from 2003-2007 for the Port Harcourt refinery with Blue Star Oil Services Limited emerging the preferred bidder with a successful bid of $561 million. Almost immediately Blue Star opted out of the investment, and was fully refunded by the Nigerian Government. The premise for refinery privatization was subsequently shelved.

In light of the current financial and technical deficiencies of the NNPC and avid interest from private companies to spur the sector, the current administration publicly called on private partners, local and international, to support the reformation program and get the refineries back up and running to full capacity.

This reinforced a commitment made by President Buhari and Kragha in March 2017 proposing a new approach to the rehabilitation of the refineries via private-public partnerships (PPPs).

Via its midstream vehicle, Oando Gas & Power, Oando has often taken up the mantle of supporting the government in economic advancement through PPPs. Its first mover role in the gas sector has seen the development of almost 300km of pipeline infrastructure in the South-West and South-East regions of the country, providing innovative energy solutions to key industrial hubs and over 23 million people.

ENI/NAOC has substantial expertise and local knowledge as a refiner of international standing, and has successfully built and run five refineries in Italy and Germany. The company built the the Sannazzaro refinery, similar in complexity to PHC refinery with a capacity of 200kbbl/d, and owns the proprietary technology that delivers Europe’s most efficient refinery. Eni also produces 4 million boepd, a stark contrast to Nigeria’s estimated 2 million boepd.

“As a company, our track record shows we have consistently worked with the government in creating solutions for the oil and gas industry and the country at large. We are not new towards working hand-in-hand with the government in creating infrastructure to be able to utilise a common carrier for the entire industry to benefit. What has been agreed upon today is the opportunity to try and establish a framework, which requires input from both the public and private sectors,” Tinubu said.