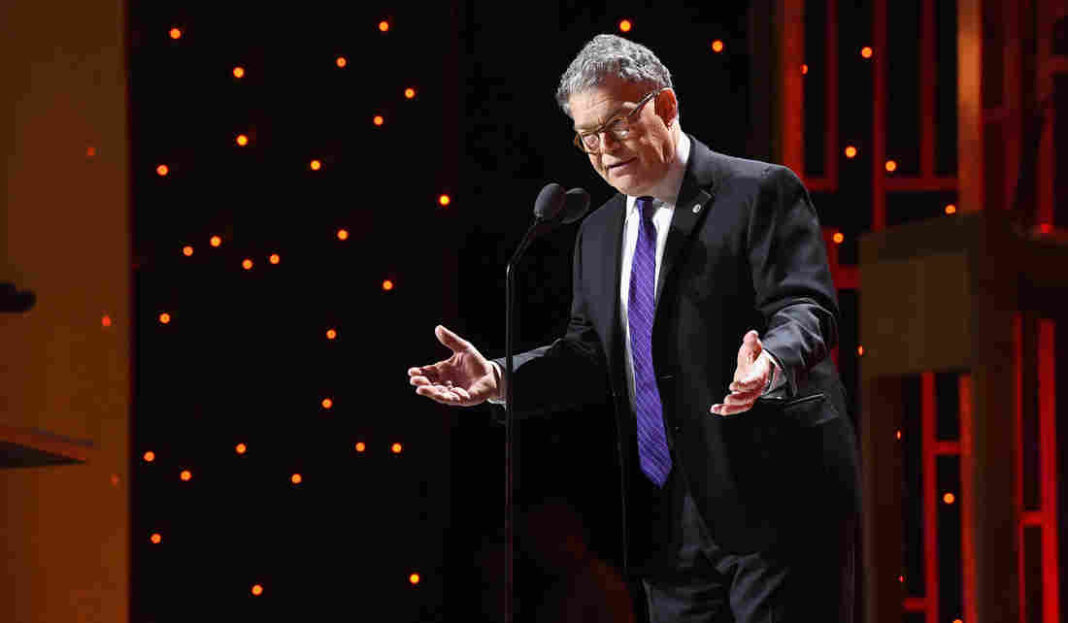 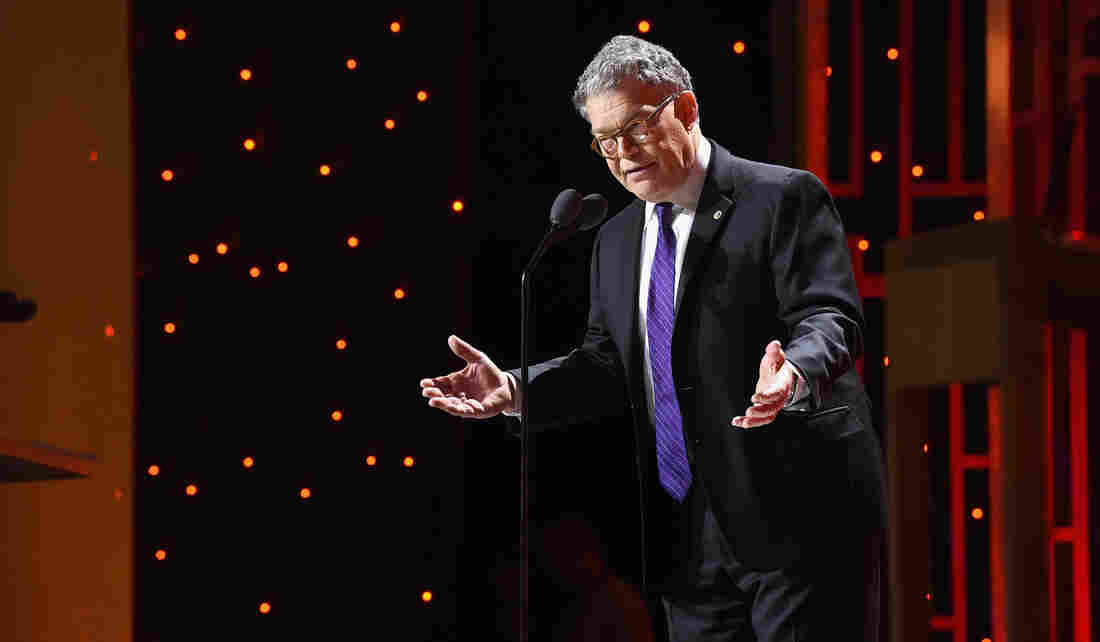 Sen. Al Franken speaks on stage during The 76th Annual Peabody Awards Ceremony in New York City on May 20.

But Minnesota Sen. Al Franken seems to have a knack for creating them.

At hearing after hearing this year, some of the most newsy and memorable quotes came when Franken was asking questions.

He stumped Education Secretary Betsy DeVos by asking about “the debate between proficiency and growth” in education standards — a debate DeVos didn’t seem to be aware of during her confirmation hearing.

He lectured Neil Gorsuch during his Supreme Court confirmation hearing on an opinion about the right of a company to fire a trucker for abandoning his rig in order to avoid hypothermia.

“That’s absurd,” Franken said. “Now, I had a career in identifying absurdity, and I know it when I see it.”

In addition to the headlines the exchange generated, it was notable for another reason, too. Franken was embracing what he refers to as “The Funny.”

For the bulk of his first six-year term in the Senate, Franken did everything he could to keep his long tenure at Saturday Night Live at arm’s length. “It was very important to me to prove to the people of Minnesota that I was going to be a work horse and not a show horse,” Franken tells NPR.

Franken was especially sensitive about coming across as serious, since he was elected to the Senate by the thinnest of thin margins: about 300 votes.

But as he gets deeper into his second term, Franken is much more comfortable owning his long comedy career, and showcasing the humor that made it possible.

He’s comfortable enough to acknowledge a connection between those memorable hearing performances, and his time at SNL. “Comedians kind of get to the point in an effective way,” he says. “That’s what comedy does.”

Franken is also comfortable enough to have written a new memoir, modestly titled, Al Franken: Giant of the Senate.

It’s one of the more blunt accounts published of just how strange running for office can be. Franken writes about having “to learn a set of weird and occasionally sociopathic Politician Skills.” 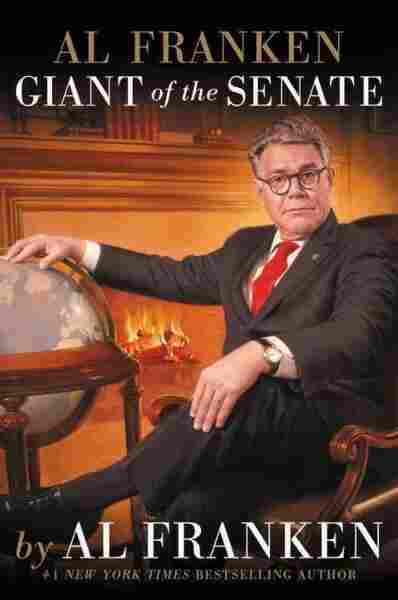 Franken says the strangest skill to learn was the art of the “pivot” — essentially, ignoring reporters’ questions. “If someone said, ‘Why are you 20 points behind?’ I explained, ‘Well, you know, we have a long time to go.’ “

His campaign staff quickly shut that down. “They’d say, ‘No, no, no — just pivot! Just say, “Minnesotans don’t care about the polls. What they care about is their kids’ education and whether they’re going to go bankrupt if they get sick.” ‘ “

“It took me forever to learn how to do that,” Franken says.

As an entertainer who ran for federal office as a political rookie, Franken was in a position to be uniquely puzzled by President Trump’s march to the White House.

“I figured it was especially incumbent on me, an entertainer, to prove that I knew stuff. You know, as a sign of respect to the voters,” Franken writes. “So you can imagine my frustration when Trump, an entertainer (sort of), quickly showed not only that he had no knowledge about the details of public policy, but that he had no interest in learning the details of public policy.”

Add to that the fact that Franken once wrote a book about conservatives, called Lies And the Lying Liars Who Tell Them.

“This campaign it felt like you were in the post-truth era,” Franken says. “I hope that this is cyclical, and we’ll be in an era of neo-sticklerism very soon.”

Franken was finishing up the book at a point when Democrats were especially nervous and uncertain about how the Trump Era would play out. “Lately things have been trending crapshow,” he writes. “And while we don’t yet know exactly how bad things are going to get under President Trump, I think we should probably be prepared for the worst.”

In an interview, he compared how things have actually played out with how he expected them to. “Oh, I think they’re slightly worse,” he says. “I didn’t expect to like this, but I can’t believe how fast this Russia investigation is going. I also am appalled by this budget. I’m appalled by the health care bill that the House passed.”

Franken actually played a role in changing the course of that Russia investigation.

It came when he was questioning Jeff Sessions during his attorney general confirmation hearing. “I had been called a [Trump] surrogate at a time or two in that campaign, and I did not have communications with the Russians,” Sessions said in response to a Franken question.

That wasn’t the case, and because of that, Sessions ended up recusing himself from the Russia investigation.

Franken admits this is not a case where all those years of performing came in handy.

“He answered a question I didn’t ask, so I can’t take really credit for it,” he says.

Sessions is one of many Republicans Franken says he’s become friendly with during his time in the Senate.

Texas Sen. Ted Cruz is decidedly not in that group.

Franken writes at length about learning and appreciating the rules and norms of the Senate, which basically boil down to lawmakers treating each other with respect.

Despite that, Franken devotes an entire chapter to insulting Cruz.

Among the key quotes: “The problem with Ted — and the reason so many senators have a problem with Ted — is simply that he is an absolutely toxic coworker. He’s the guy in your office who snitches to corporate about your March Madness poll and microwaves fish in the office kitchen. He is the Dwight Schrute of the Senate.”

“You have to understand that I probably like Ted Cruz more than most of my other colleagues like Ted Cruz,” Franken says. “And I hate Ted Cruz.”

Cruz says the book is “obnoxious and insulting.”

For Franken, that might be the best blurb imaginable to slap on the back cover of the eventual paperback edition.