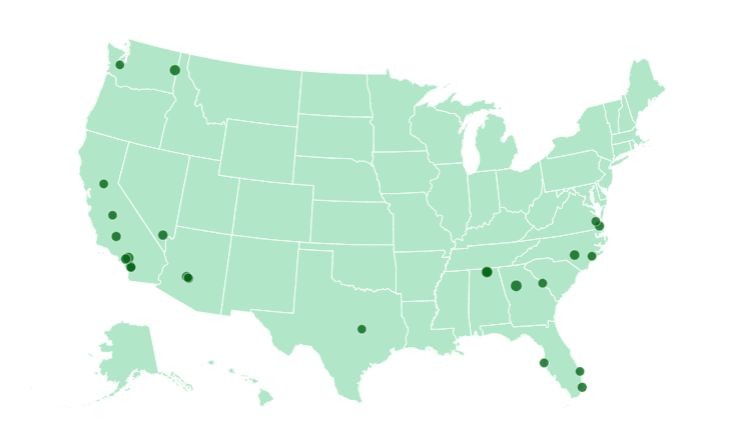 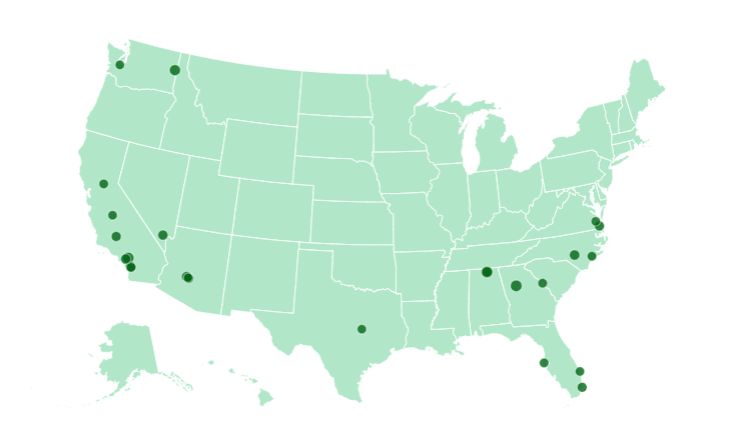 The coronavirus pandemic forced millions of Americans to change the way they learn, work, and live. Some realized they needed more space for home offices and classrooms, while others had to downsize to save money amid financial uncertainty. In fact, more than 15.9 million Americans moved during the pandemic. And as a result, rental prices have shifted across the country.

A new study from AdvisorSmith identified the cities where rents rose and fell the most in 2020. Using Zillow data, the study analyzes rent prices for studios and 1-, 2-, 3- and 4-bedroom rental units in over 500 U.S. cities. It found that nationwide, rent increased just 0.5%. However, there was a wide range of rent changes across cities, from a decrease of -38.2% up to 14.2%.

Curious where rents rose and fell the most during the pandemic? Check out the maps below, and find out why certain cities were impacted most.

Cities Where Rent Increased Most

During the pandemic, many professionals switched from working in offices to doing their jobs remotely. With no need to drive into any office anymore, many workers relocated from expensive metropolitan areas to more affordable neighborhoods. That could be why certain smaller cities saw a sudden uptick in rent costs during 2020.

As you can see in the map above (you may need to zoom in on some areas), several of the top 25 cities for rent increases are located on the outskirts of the Atlanta, Phoenix, and Las Vegas metropolitan areas. There were also strong rent increases in San Bernardino and Riverside counties in Southern California. The 25 cities where rents increased the last year included:

In many cases, these cities boast a much lower cost of living than nearby metro areas. Despite the jump in rent prices, they are still much cheaper than cities such as Los Angeles.

Cities Where Rent Decreased Most

On the other hand, rents dropped the most in several Texas and California cities and a few major metro areas known for costly rental markets. Here’s a closer look at the 25 cities with the biggest drops in rent for 2020:

The study noted that many of these cities, which have some of the country’s highest rents, are home to lots of professional and technical workers. Again, many people who have been working remotely during the pandemic relocated, which could help explain the drop in rental prices for cities such as San Francisco, Boston, and New York.