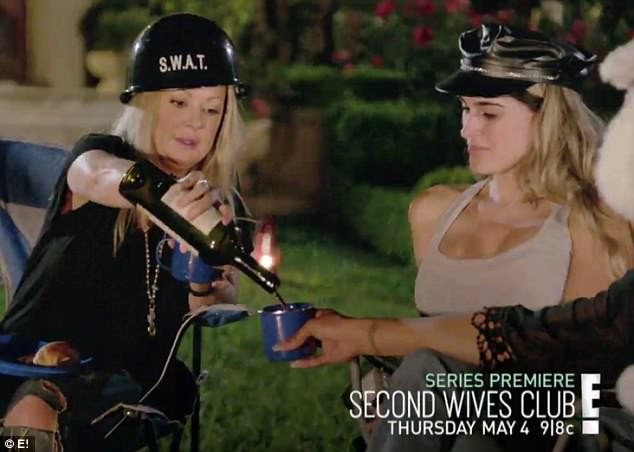 They set a date!

Second Wives Club star Katie Cazorla and her longtime fiancé Walter Afanasieff will tie the knot this fall, Katie revealed during an exclusive interview with E! News. On Sunday’s season one finale of Second Wives Club, Katie said she was ready to get married and it sounds like she’s keeping her word!

The first season of the E! series gave us an inside look into Katie’s relationship with Walter and we learned that she was a little reluctant to tie the knot.

“This is so s–tty but it’s totally real…so I have commitment issues,” she told us.

Katie explained that marriage is a little “terrifying” to her, but during a recent trip to Mexico the couple decided it was time to get married.

“We were in Mexico a couple weeks ago and we love Zihuatanejo, it’s like our place,” Katie said. “We’re gonna buy a little piece of land down there and we loved it so much that we were like, ‘You know what? Let’s just get married here.'”

The couple will tie the knot on Nov. 11, so wedding planning is definitely underway!

Katie’s fiance Walter has worked with so many celebs during his career as a record producer and writer. He’s won two Grammy Awards, one was even for Record of the Year for Céline Dion‘s “My Heart Will Go On.” He’s also worked with Mariah Carey and helped produce her hit song, “All I Want for Christmas Is You.”

Since he’s worked with so many stars, you can bet there will be celebs at the couple’s wedding.

And Walter isn’t the only one with the celeb connections…Katie’s BFF is actor Jeremy Renner, who is changing his work schedule to be at the wedding!

“One of my best friends of 20 years is Jeremy Renner and he’s filming Avengers,” Katie dished. “So I was like, ‘What? You have to be at my wedding!’ And he was like, ‘I’ll definitely be there.'”

So how did Katie and Jeremy meet?

“We met…this is so crazy…he had just booked his first Bud Light commercial and it was a national commercial and I’m like, ‘You’re gonna make it!'” Katie told us. “It was him, Chris Pratt, Amy Adams, it was this whole crew who used to come to Barney’s Beanery and I was the karaoke host there. So it was wild nights of mega celebs that used to come in there, but they weren’t really famous at the time and now they’re all stars on the Walk of Fame, Oscars, it’s crazy.”

But Katie explained that they’ve all remained friends because they haven’t changed since becoming A-list stars.

“We’ve all pretty much remained friends because they haven’t changed,” Katie said, adding that Jeremy is “exactly the same person he was 20 years ago.”

With the wedding just months away Katie told us, “It’ll be fun.”