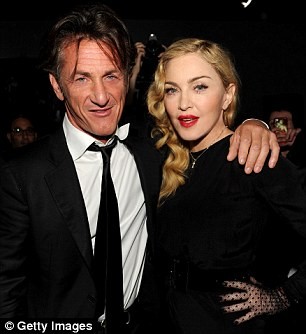 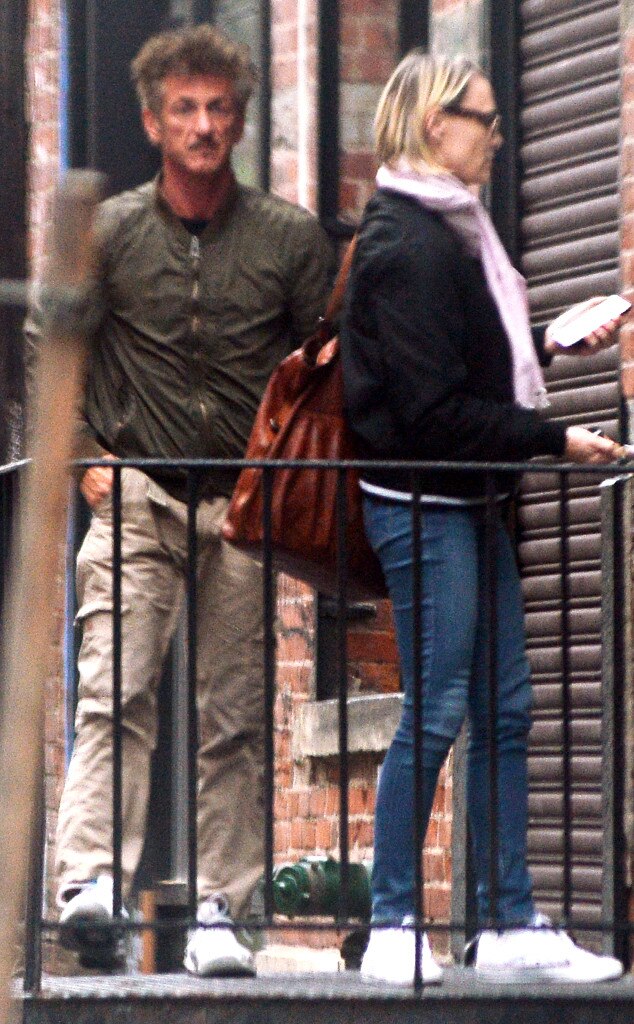 Sean Penn and his ex-wife, actress Robin Wright, were spotted hanging out together in New York City earlier today.

The on-again, off-again exes were pictured arriving at an apartment together with packed duffel bags. Penn looked quite the gentleman, carrying both suitcases for his one-time partner.

For the outing, Penn opted for khaki cargo pants, an olive bomber jacket and some comfy white shoes. Meanwhile, the House of Cards actress was low-key in her off-duty ensemble, which consisted of jeans, a black jacket and pink scarf. She was also wearing comfy white shoes.

Penn and Wright have quite the storied relationship, in and out of their 14-year marriage.

The two were officially divorced in August 2010, but Wright first filed for divorce in December 2007. However, the former co-stars withdrew the paperwork in April 2008.

In April 2009, Penn was back in court asking for a legal separation, but they soon reconciled. In August 2009, Wright filed for divorce a second time, citing irreconcilable differences as the cause.

“When you get divorced, all the truths that come out, you sit there and go, ‘What the f–k was I doing? What was I doing believing that this person was invested in this way?’ Which is a fantastically strong humiliation in the best sense,” he told the mag. “It can make somebody very bitter and very hard and closed off, but I find it does the opposite to me.”

“There is no shame in my saying that we all want to be loved by someone,” also said in the interview. “As I look back over my life in romance, I don’t feel I’ve ever had that. I have been the only one that was unaware of the fraud in a few of these circumstances blindly.”

But it appears as if Penn’s put those feelings behind him. Today, these two seem to be on good terms, despite their tumultuous past.