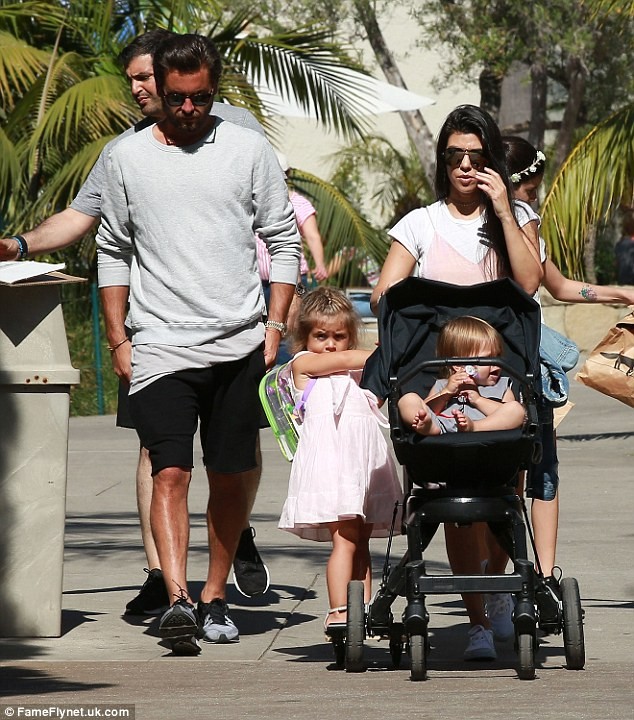 Scott Disick may be busy partying the day away in the City of Sin, but he still managed to stop and chat with E! News while attending a poolside bash at the Liquid Pool Lounge at the Aria Resort & Casino in Las Vegas Satursay.

As the 34-year-old made his way into the day club, the father of three, who is back in the States after his whirlwind trip the French Riviera, dished about his upcoming summer schedule, his Father’s Day plans (or lack thereof) for this year, and his “awesome” Father’s Day last year.

As for his summer party plans, Scott told E! News, “I haven’t made specific plans, but probably do a little bit more traveling. A little Hamptons. A little Europe. Not exactly positive. I’m trying to figure it out now, but hoping to get to see some of my best friends from back home.”

Just an FYI: the reality star is from Eastport, New York. He attended an elite private school name Ross School, which is located in the ritzy Long Island neighborhood of East Hampton.

When we asked Scott about whether or not he had any Father’s Day plans with Mason, Penelope and Reign, the father of three admitted he did not.

“I don’t know if I made those plans. I think someone should make them for me,” said Scott. “I didn’t make any, but hopefully someone made some for me, but we’ll see!”

In 2016, the Lord Disick did actually have quite the time on Father’s Day.

“Last year we had an awesome time. We went to the zoo, had a great time, had lunch on the water in Santa Barbara, it was as good as I could’ve asked for I guess,” said the LD.

Last year, Scott and his on-again, off-again ex Kourtney Kardashian hung out with their three kids and several other family members at the Four Seasons Resort Biltmore Santa Barbara. The large crew had a long and leisurely lunch on the patio.

This year, the scene may be a little bit different…