Boxing legend Frank Bruno led his daughter, Rachel, down the aisle as she married her childhood sweetheart (photos) 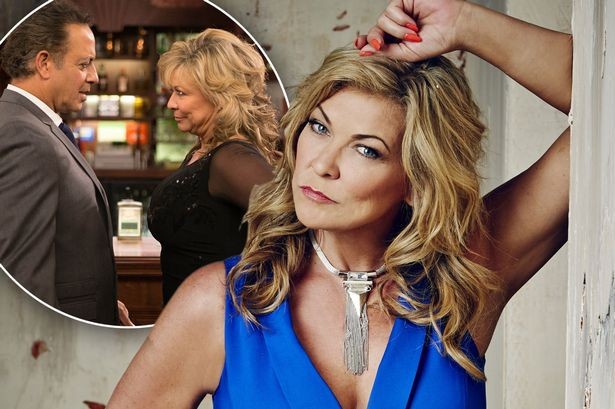 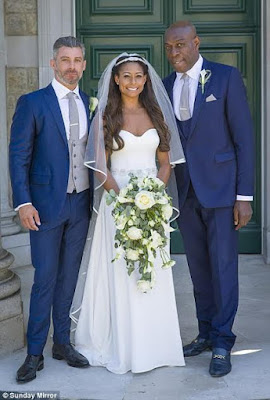 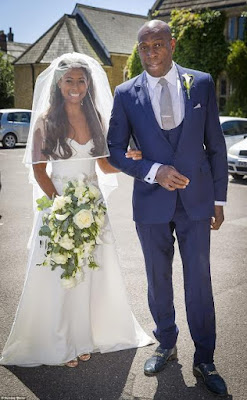 55-year-old former boxing champion, Franklin “Frank” Bruno, a retired British pro boxer who competed from 1982 to 1996 and was diagnosed with bipolar disorder in 2003, gladly performed his fatherly duty on Saturday. He led his 30-year-old daughter Rachel down the aisle as she married her childhood sweetheart/businessman, Bobby Hardy, at Brentwood Cathedral in Essex.

The beautiful bride wore a Suzanne Neville gown to marry Bobby, 33, whom she has been dating for more than 15 years. Bruno arrived with her at the Catholic cathedral in a Rolls-Royce Phantom, her sister Nicola was maid of honour and more than 180 family and friends were invited to the service.
Rachel, who’s a personal trainer, has explained hat her boxing legend father pulled himself back from the brink through sheer determination,
‘When Dad wasn’t well I feared it might not happen. But I am so proud of how he has turned things around. To marry the love of my life with my dad at my side is all I could ever have asked for.’ 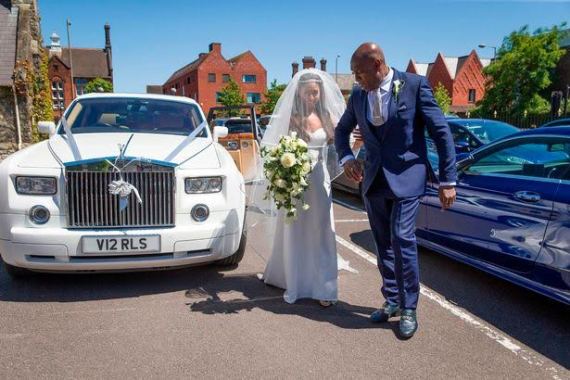 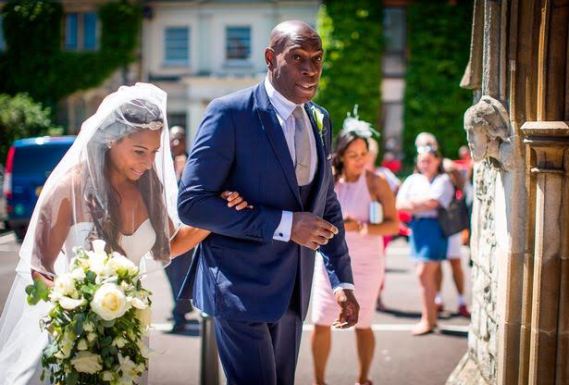 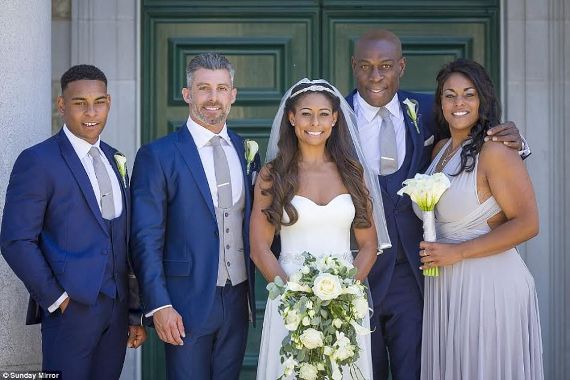 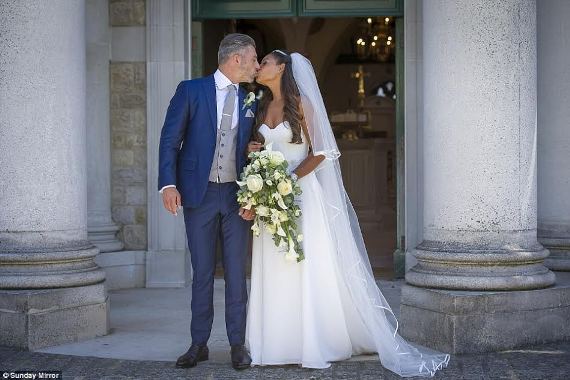 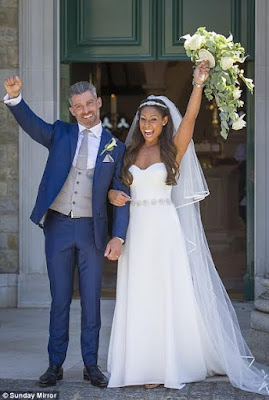