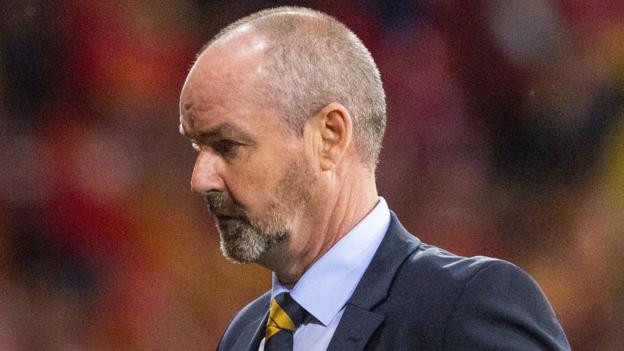 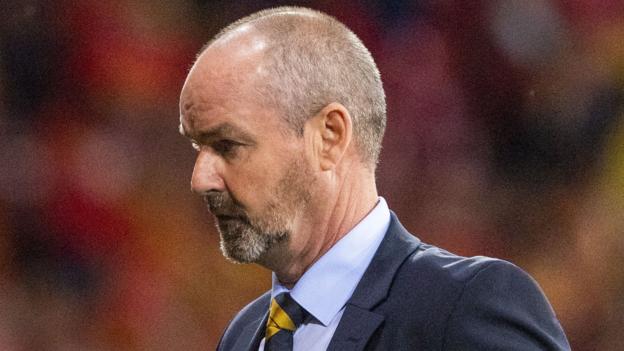 Steve Clarke has set Scotland the target of finishing third in their Euro 2020 qualifying group after admitting their only hope of reaching the finals is through next year’s play-offs.

A humbling 4-0 home loss to Belgium left Scotland fifth in Group I.

Clarke insists there were signs things will get better while admitting there was much to improve upon.

“I’m not going to experiment,” said the manager. “I have to make us better defensively, more resilient.”

Scotland conceded from their own attacking free-kick as Kevin de Bruyne and scorer Romelu Lukaku broke at pace.

De Bruyne then crossed for Thomas Vermaelen and Toby Alderweireld to add further goals before half-time and the Manchester City playmaker scored the visitors’ fourth late on.

“You can’t avoid the scoreline but I thought there were moments where we looked like we could become a good team, given time to grow,” Clarke said.

Clarke says the next four games, starting with an away match against Russia, are all about being as well prepared as possible for March’s play-off semi-final, which was made possible by winning last year’s Nations League group.

“The group’s over in terms of qualification,” added Clarke, whose side sit a point behind Kazakhstan and Cyprus after six games. “What we have to do now – we spoke about it after the game – is target third position. It doesn’t look very good where we are in the table just now.

“There’s 12 points up for grabs. Between now and the end of this qualifying campaign we have to make sure we finish third in the group.

“It’s good in terms of ranking and seeding and if we finish third it’ll mean we’ve performed well, won a few games and picked up points, which should give us confidence going into the play-off games.”