Saudi Arabia’s oil troubles don’t rattle the U.S. as they used to 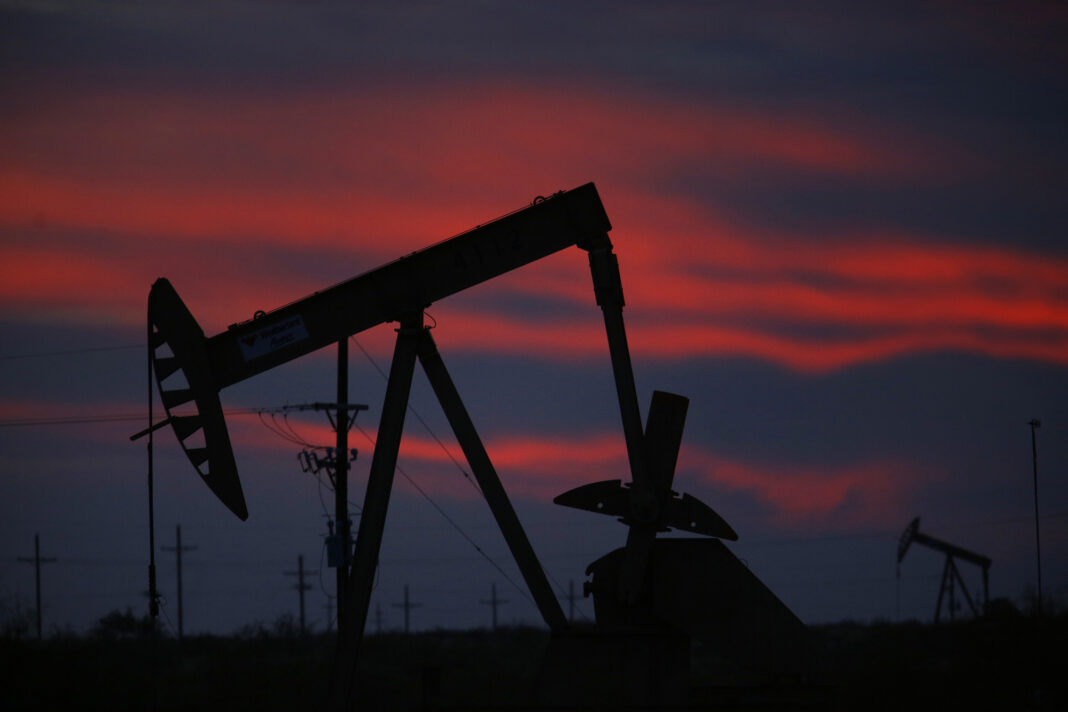 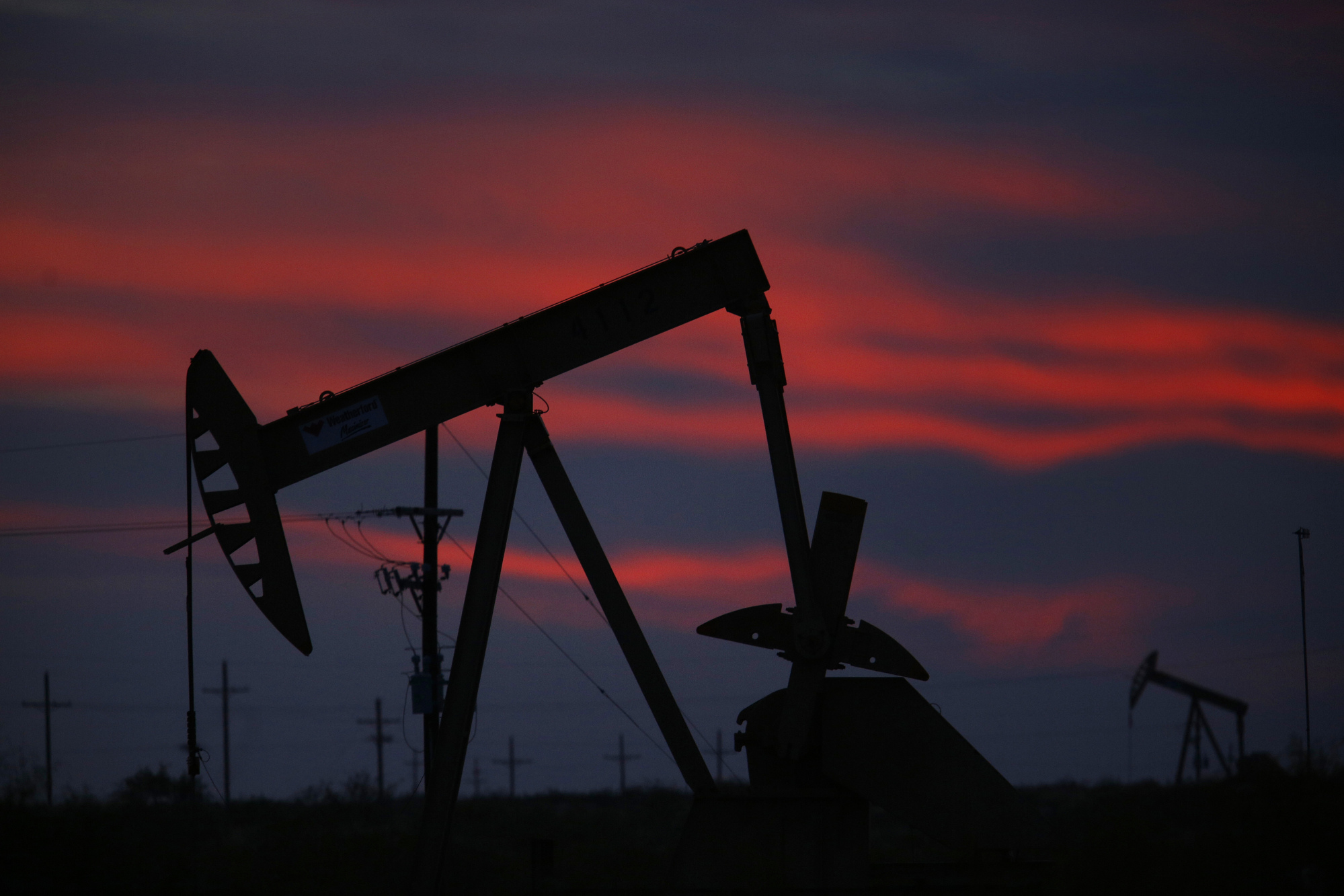 A decade-long boom in domestic extraction has turned the United States into the world’s largest oil producer, a position that will cushion the economy in new ways, economists and energy experts say.

Even as prices rise at the pump, more-expensive oil will reward Texas, North Dakota and other parts of the country that produce petroleum, boosting investment in rigs and pipelines and potentially creating new jobs that put more money in consumers’ pockets. More-valuable U.S. oil exports will also help defend the country’s trade balance.

This time around, the United States is in a better position to increase its oil exports to help keep global prices down.

“The U.S. produces so much oil now, it just has a bigger offsetting impact,” said Kenneth B Medlock III, senior director of the Center for Energy Studies at Rice University’s Baker Institute for Public Policy, which receives funding from foundations, the government, petroleum companies and others. “Today we just live in a different world.”

Many Americans worry that rising U.S. oil production will sap the nation’s motivation to lower its fossil fuel use and embrace cleaner sources of energy. Climate scientists say higher exports that help lower global prices could also motivate other countries to keep guzzling oil, increasing emissions of carbon dioxide, which are a key driver of climate change.

Most American teens are frightened by climate change, poll finds, and about 1 in 4 are taking action

The Obama administration estimated that every ton of carbon dioxide released into the atmosphere will produce roughly $45 in costs by 2020, a measure known as the social cost of carbon. Global carbon emissions were projected to reach a record high of 37 billion tons last year, a rise of 2.7 percent. Global energy consumption grew at a similar rate.

U.S. crude-oil production has more than doubled since the mid-2000s, to an all-time high of 12 million barrels a day. The boom began after companies started using hydraulic fracturing, or fracking, and horizontal drilling to reach oil trapped in shale rock.

That surge caused U.S. exports of crude and refined oil to rise, and imports to fall. The United States has gone from importing 60 percent of the oil it consumed in the mid-2000s to about 6 percent today, on a net basis, according to the federal Energy Information Administration.

The production boom has been a major factor driving U.S. economic growth. In the first two years of the Trump administration, the energy sector contributed to more than half of the U.S. rise in industrial output, according to the Federal Reserve.

When oil prices rise, businesses invest more in infrastructure to boost production, Jason P. Brown, a research and policy officer at the Federal Reserve Bank of Kansas City, said in an interview. Hiring also tends to rise when prices do, though U.S. energy job growth in the most recent price upturn wasn’t as pronounced as in past years because companies are working more efficiently and require fewer workers, he said.

Overall, “we are less vulnerable to high oil prices negatively affecting the U.S. economy,” Brown said. “Because of the domestic shale-oil-and-gas industry, we’re now more in a position to take advantage of that.”

None of this frees U.S. energy consumers from events in the Middle East. Oil prices are set on the global market, influenced by supply, demand and happenings such as the attack on Saudi Arabia. As long as the United States consumes oil, it will never be truly energy independent.

“There is a greater sense of confidence and resilience and diversification, but at the end of the day there is still one global oil market,” said Daniel Yergin, vice chairman of data and research firm IHS Markit, and author of “The Prize: The Epic Quest for Oil, Money and Power.”

Houthi rebels from Yemen claimed responsibility for Saturday’s aerial attacks on Saudi Arabia, which caused raging fires at the giant Abqaiq oil-processing facility and forced the kingdom to suspend more than half of its production. That cut, equaling 6 percent of global oil supplies, sent prices spiking.

On Tuesday, the Saudi Oil Minister, Prince Abdulaziz bin Salman, said the kingdom had restored half of the suspended production and would restore the rest by the end of this month. In the meantime, it is tapping its strategic oil reserves to ensure regular deliveries to the global market, he said, sending oil prices lower.

“The two big questions are: How long does it take the Saudis to repair Abqaiq and bring production back on? The second really big question is: What happens next?” Yergin said. “As far as Saudi Arabia is concerned, this was an act of war. And it was carried out with great precision.”

The strike is fueling new tensions between the United States and Iran, with the Trump administration all but explicitly accusing Tehran of launching the strikes from its territory, despite Yemeni rebels claiming responsibility. Iran denied the accusation and warned of consequences if it is attacked.

“One thing is for sure: This attack shines a spotlight on the vulnerability of Middle Eastern oil supplies,” said Shaia Hosseinzadeh, managing partner of OnyxPoint Global Management, which invests in the energy industry.

Although Saudi Arabia’s production suspension was one of the largest in recent history, the market reaction has been more muted than in past scares.

During the Arab oil embargo of 1973, Middle Eastern producers stopped shipping oil to the United States and other countries as punishment for their support of Israel in the Yom Kippur War. That caused a 350 percent jump in oil prices, helping cause an economic downturn in the United States.

The 1979 Iranian Revolution caused another spike, as did the Persian Gulf War and the Iraq War.

“The U.S. economy was much more vulnerable to oil price shocks in the 1970s because then our economy was much less energy efficient than today, oil import dependence was higher, and government price controls and rationing hampered quick and efficient responses by consumers and producers,” said Robert McNally, president of consulting firm Rapidan Energy Group and a former national security aide on energy matters for President George W. Bush.

Real freedom from oil-and-gas-price shocks can happen only if the United States replaces fossil fuels with renewable energy sources. Wind, solar and hydro energy are increasingly fueling power generation in the United States, accounting for 17 percent of electricity production last year, up from 13 percent in 2013, according to the Energy Information Administration. Natural gas, coal and nuclear energy accounted for the rest.

Oil still reigns supreme in transportation, though. Electric vehicle sales are a growing but still minor sliver of the market.

And oil byproducts are still integral to a dizzying array of U.S. goods, including fertilizer, asphalt, rayon clothing and more.

“We are locked in without knowing how locked in we are, which really does make it a crisis,” said Deborah Gordon, a climate and energy expert at Brown University’s Watson Institute for International and Public Affairs, which receives funding from the government, foundations and others. “It’s not like you have an electric car, and oil goes away.”