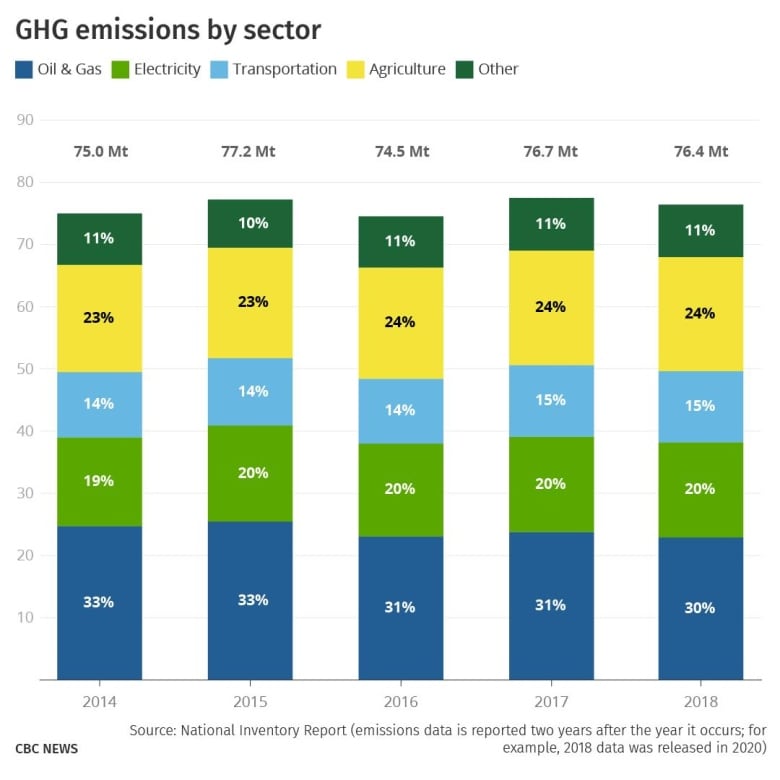 This Opinion piece is by Anusuya Datta, a writer/journalist currently based in Saskatoon who has a special interest in connecting technology with sustainability issues and social causes.

To reach its climate targets, Canada needs some serious action from Saskatchewan. It’s a matter of urgency not just in this province, but worldwide.

Earlier this month, the United Nations Intergovernmental Panel for Climate Change (IPCC) released a report called Code Red for Humanity. It warns that global warming is dangerously close to being out of control, and that extreme heat waves, droughts and flooding will become normal.

“The alarm bells are deafening, and the evidence is irrefutable: greenhouse gas emissions from fossil fuel burning and deforestation are choking our planet and putting billions of people at immediate risk,” said Antonio Guterres, the United Nations secretary general.

Saskatchewan has a prominent role in this complex global story. Saskatchewan’s greenhouse gas (GHG) emissions are among the highest in the world per capita. It is Canada’s third largest GHG emitting province in total volume and its per-capita emissions of 67.7 tonnes are 246 per cent above Canada’s national average of 19.6 tonnes per capita.

Among the worst in the world. Let that sink in.

Let’s do the math

According to the Canada Energy Regulator, Saskatchewan’s greenhouse gas emissions in 2017 were 77.9 MT of CO2 equivalent.

One may argue that the province’s sparse population (about 1.1 million) make the per capita data unfairly loaded, but that excuse is not entirely valid. Saskatchewan’s emissions make up more than 10 per cent of Canada’s total, even though it houses just three per cent of the national population. In absolute terms, data shows larger (and far more populated) provinces like British Columbia and Quebec emitted less or equal (62.1 MT and 77.9 MT, respectively).

For per capita terms, let’s compare Saskatchewan to a few small, low-population oil and gas powerhouses in the Middle East.

Kuwait, the seventh largest oil producer in the world, with an economy that is completely oil-based, has far less per capita emission — 21.6 tons in 2018. In fact, Kuwait has registered a decrease of 0.46 per cent in emissions since 2015, while Saskatchewan’s output has increased 75 per cent since 1990. Saskatchewan also compares unfavourably compared to nations like Qatar and Bahrain (which had outputs of 32.4 tons and 19.6 tons of GHG emissions per capita respectively in 2018).

The problem is intent

Naysayers will say moving away from an oil-based economy will lead to economic collapse and loss of jobs. That’s the standard excuse every time the discussions around emissions come up. Saskatchewan has not been an exception.

But that’s not the entire story. The biggest culprit of CO2 emissions around the world is coal-based electricity generation.

Canada has made the phase-out of traditional coal-fired electricity by 2030 central to its emissions reduction strategy. Currently, only four provinces operate coal-fired power plants — Alberta, Saskatchewan, New Brunswick and Nova Scotia — with the first two accounting for more than 85 per cent of all the coal burned in the country.

Electricity contributes to 20 per cent of emissions in Saskatchewan, with about 83 per cent of electricity coming from fossil fuels, including 40 per cent from coal. Now, compare that to a developing country like China, where coal accounted for 56.8 per cent in 2020 and has been shrinking steadily.

Saskatchewan, on the other hand, had been on a confrontational path with the federal government on reducing its dependence on coal before grudgingly agreeing in 2019 to a partial phase out by 2030.

“Alarmingly, in the province’s 2017 climate change strategy, Prairie Resilience, coal is barely mentioned and only in relation to exploring the viability of further carbon capture and storage implementation, despite the fact that SaskPower has cast doubt on the future of CCS,” says a report from Climate Justice Saskatoon.

Saskatchewan takes pride in being a world leader in carbon capture technology. The 115 MW carbon capture and storage unit that began operations at the Boundary Dam coal power plant in October 2014 was the world’s first commercial scale, clean-coal unit.

Let’s take a look at this completely bizarre sequence of events.

Meanwhile, this summer, Saskatchewan Premier Scott Moe posted a tweet ridiculing an article in The Globe & Mail talking about pickup trucks being a plague on the Canadian roads. All of this comes as transportation contributes to 15 per cent of the province’s total emissions.

If these moves do not signal a problem of intent, what would?

An ideal place for alternate energy

Saskatchewan’s insistence on “dirty” fuel is quite a paradox when we look at its geographical advantage. It is one of the sunniest and windiest provinces in Canada, but its current share of renewable power is abysmally low at only 17 per cent, with most of it coming from hydro.

It has the highest solar power generation potential in Canada, with the Regina and Saskatoon regions making up for the top spots, but by SaskPower’s own admission, only about 1,200 homes and businesses use it in Saskatchewan as an extra supply source.

SaskPower says it is committed to increasing its renewable energy share to 50 per cent by 2030. It also plans to reduce its emissions to 50 per cent below 2005 levels by 2030. But as the graph below from its own website shows, its emissions have only steadily climbed in the past years. The dip in 2020, by SaskPower’s own admission, was due to reduced industrial activities because of the pandemic.

No winners in this battle

Saskatchewan has a history of opposing every climate action plan and engaging in long, protracted court battles. Until recently, it was vociferously opposing the federal government’s carbon tax, with the premier hinting at another court challenge.

Saskatchewan must understand this is not a federal versus provincial fight. There can be no winners in this battle.

Reports indicate that Canada is warming twice as fast as the rest of the world and Saskatchewan will not be an exception. Already, the Prairie Climate Atlas data shows that temperature rise in the Prairies in 2021 was 1.8 degree Celsius, as compared to the average global rise of 1.1 degree Celsius. This gap is projected to increase over the years.

This summer, many places in Saskatchewan broke temperature records. The province could be facing its worst drought since 1961. Extreme heat waves are creating wildfires in the north. Dry weather and water stress will adversely affect agriculture, increase wildfires, impact livelihoods in rural areas, and increase risk of invasive species.

The price is too high to pay.

Canada has committed to a 30 per cent reduction in emissions by 2030, compared to 2005. However, emissions have come down by just about one per cent over 14 years, as per 2019 data. Most provinces are headed in the right direction, but a steady rise in emissions in Saskatchewan and Alberta have undone those positive trends.

Interested in writing for us? We accept pitches for Opinion and First Person pieces from Saskatchewan residents who want to share their thoughts on the news of the day, issues affecting their community or who have a compelling personal story to share. No need to be a professional writer!