Does delta cause more severe COVID-19? Here’s what we know — and don’t 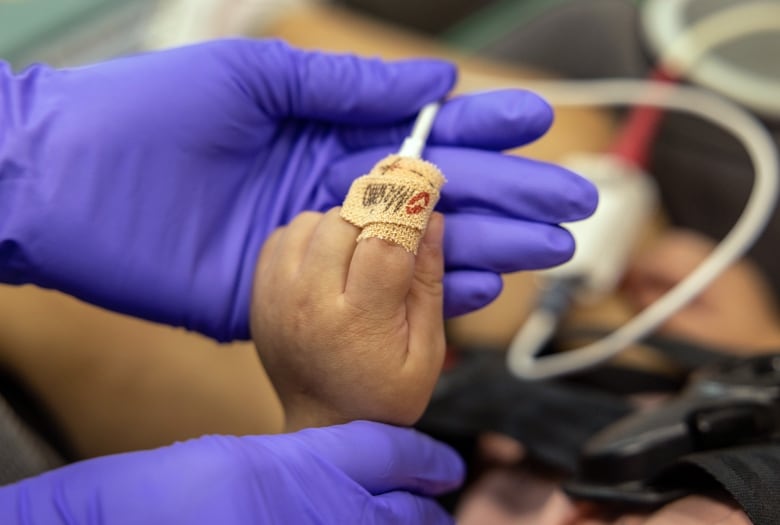 A small-but-growing body of research suggests the highly contagious delta variant raises your risk of serious illness, but it’s tough to know for sure if it’s the root cause of more severe COVID-19, both researchers and outside experts say.

The latest findings out of Singapore, published this week in the peer-reviewed medical journal Clinical Infectious Diseases, involve a comparison between 829 hospitalized patients infected with one of three variants of concern — including delta — and 846 patients admitted to hospitals with the original coronavirus strain in early 2020.

“After adjusting for age and sex, [delta] was associated with higher odds of oxygen requirement, ICU admission, or death,” the research team wrote.

The findings of the study are similar to what was seen in both a broad analysis of Singapore’s national-level data and a detailed study of patients with severe outcomes, the paper continued.

The conclusions also echo other international studies, including one out of Scotland and another from a team in Ontario, which both found a heightened risk of severe outcomes following infection with the delta variant.

“There does seem to be a trend towards more oxygenation and more ICU stays amongst individuals who have delta over the prior variants,” said Dr. Zain Chagla, an infectious diseases specialist with McMaster University in Hamilton who is familiar with the three papers.

But while these studies all link delta to cases of severe disease, determining whether the variant itself is causing more serious illness — and what mechanism is at play, if so — is hard to confirm in real-world research.

Gauging severity is challenging for researchers

The difficulty stems from the fact that researchers can’t easily run a controlled human experiment — exposing patients to delta and the original coronavirus — for both ethical and practical reasons. Instead, they have to rely on data gathered after the fact, comparing groups that might vary in other ways.

“It is uncertain the extent to which this association reflects an effect of the variant, a chance finding due to relatively small sample sizes, or differences in the groups of individuals that were not accounted for in the multivariable models,” the Singapore research team acknowledged in their paper.

Angela Rasmussen, a virologist at the Vaccine and Infectious Disease Organization at the University of Saskatchewan in Saskatoon, said the study’s limitations speak to the fact that gauging variant severity among individuals is incredibly challenging — and it’s even trickier when you’re trying to compare infections among one group with another at a different point in time.

Even people within the same community have different sleep patterns, health issues, and diets, she said, making it hard to analyze why some people get sick, and others don’t, on an individual level.

It’s also hard to know if someone falls seriously ill because of delta itself, Rasmussen said, or if they would have had a similar outcome from another, less-contagious variant of this virus.

“What would happen if we could reverse that? Would the results be the same? Would that person get really sick anyways?” she questioned.

While more research is needed, Dr. Abraar Karan, an infectious disease fellow in Stanford University’s division of infectious diseases and geographic medicine, said any signals that delta might cause more severe infections are concerning, given how many people remain unvaccinated and susceptible to this virus.

Older populations are still high-risk, but Karan said he’s also worried about younger adults who typically have some of the lowest vaccination rates despite being eligible for their shots.

Chagla said many unvaccinated adults may now face a higher risk of severe outcomes even if they don’t have other pre-existing health issues.

While the exact risk of delta-driven severity may still be hazy, what’s more clear is the variant’s ability to spread between people and eventually hit those at risk of the poorest outcomes — which might explain surging hospitalizations, including rising rates of serious pediatric illness, in some U.S. states with low vaccination rates.

Many experts also agree that “breakthrough” infections following vaccination will keep happening as delta spreads widely — now making up the overwhelming bulk of Canada’s cases — but it’s crucial to note that getting infected by this virus isn’t the same as falling seriously ill from it.

Other research has also hinted at why delta spread so swiftly between people, with high viral loads potentially playing a role.

How much higher isn’t entirely clear, with studies suggesting delta could mean anywhere from 300 to 1,000 times more virus inside someone’s body, and it’s also tough to know how those viral loads relate to the severity of illness.

“It doesn’t really matter why delta’s more transmissible, or that it can cause more breakthrough infections — it’s that it can,” she said. “And that’s what we should be paying more attention to.”

With the delta coronavirus variant making up more than 80 per cent of cases in Canada, experts say most people will encounter it. Getting a COVID-19 vaccine will prevent the worst outcomes. Correction: At 1:30 in this story, Dr. Mike Nayak is incorrectly identified as Mark Nayak. 2:44

Amid all the questions and uncertainties, the reassuring constant is that getting vaccinated still offers significant protection against the worst outcomes from coronavirus even if you’re infected with delta.

The earlier Scottish research also noted that both the Oxford-AstraZeneca and Pfizer-BioNTech shots were “effective in reducing the risk of SARS-CoV-2 infection and COVID-19 hospitalisation” tied to the delta variant.

Karan stressed that while everyone should maintain some personal precautions to ward off delta, like wearing a mask in public settings, regardless of their vaccination status — there’s a different risk profile for each group.

“Do you have to worry about delta sending you to the hospital, getting you very sick, or getting your family very sick?” he said.