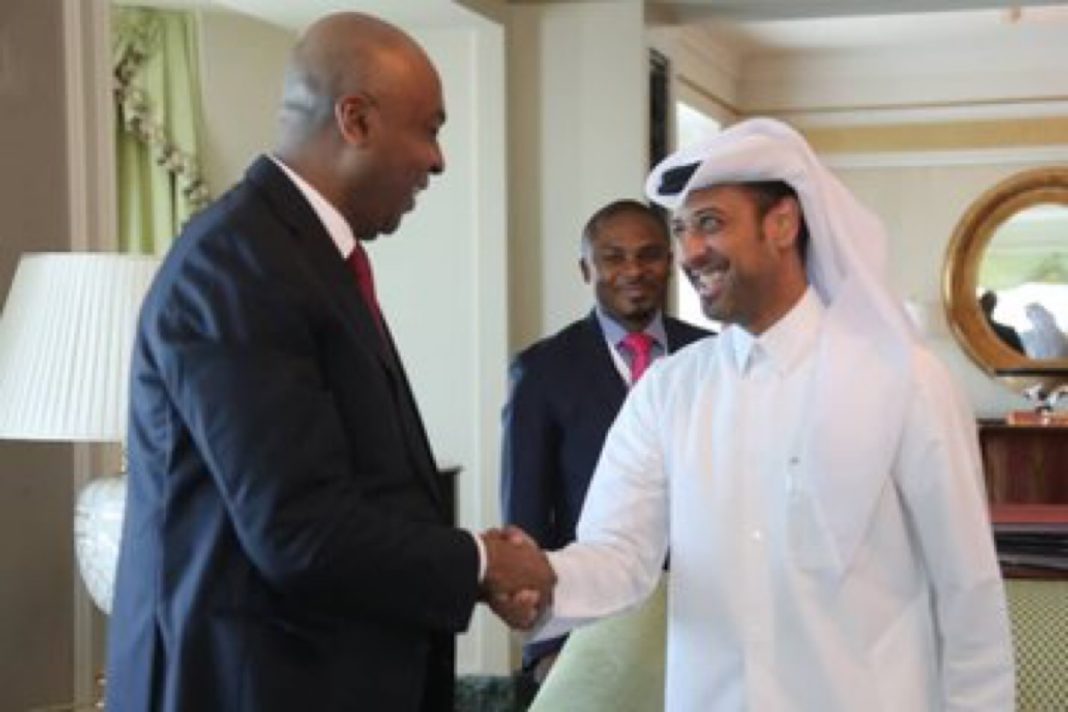 The scheduled meeting was billed to commence on April 5, and to end on April 8.

In a statement by Saraki’s Chief Press Secretary, Sanni Onogu and made available to newsmen in Abuja, said Deputy Speaker, Hon. Yussuf Lasun Suleimon is the Deputy leader of the delegation.

He added, “Other lawmakers on the trip include Senators Duro Faseyi and Ibrahim Rafiu Adebayo.

Onogu affirmed that Saraki was expected to make a presentation on the topic: “Parliaments as platforms to enhance education for peace, security and rule of law” during the General Assembly of the IPU tomorrow (Sunday).

Part of the statement reads, “Saraki is also expected to hold bilateral meetings with the President of the IPU, Ms Gabriela Cuevas Baron, Speaker of the Qatar Parliament/Chairman of the Consultative Assembly of Qatar, Ahmad Bin Abdullah Bin Zaid Al Mahmoud, United Nations (UN) Undersecretary, Mr. Vladimir Voronkov and the Speaker of the Parliament of Kenya, Mr, Kenneth Lusaka.

“The President of the Senate is expected to take a complimentary tour of Aljazera Headquarters and meet with an executive of the global television outlet, Mr. Naseer Al-Saadi.

“The delegation is expected back in the country on Tuesday.”