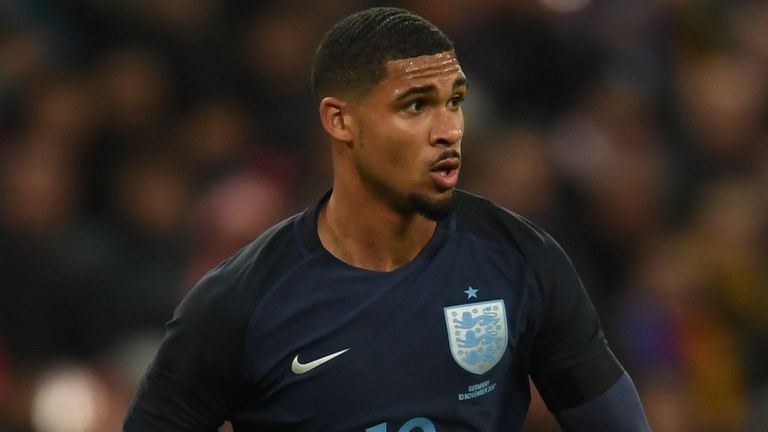 Ruben Loftus-Cheek has not given up hope of earning a place in England’s World Cup squad, but concedes he is running out of time as he battles back from injury.

The midfielder – currently at Selhurst Park on loan from Chelsea – has been out since late December with an ankle injury.

But Loftus-Cheek was man of the match when England held Germany to a goalless draw in an international friendly at Wembley in November, and he may yet make Gareth Southgate’s squad for Russia this summer.

“In my head, it’s just a case of playing as many games as I can,” he told Sky Sports News when asked about his World Cup chances.

“I think there are seven games left [in the Premier League season] and if I can get as much game time as possible, who knows what can happen.

“For me it’s just a case of getting my head down, work hard and playing my best football.”

Loftus-Cheek came off the substitutes’ bench late on as Palace boosted their chance of remaining in the top-flight with a 2-0 win away to Huddersfield last weekend, and he remains upbeat about their survival chances.

“That was massive win, it feels like every game is a must-win and that Huddersfield game was a big three points that has pushed us up the table,” he added.

“It is still tight down at the bottom but we believe in ourselves to keep winning.

“The ankle is feeling much better. It was a scary moment for me in December [when I was injured] but it’s really good now.

“I am happy to be back fit and training, I am fit to play and hopefully I can use this international break to build up my fitness and be ready to go.”

Roy Hodgson’s side play Liverpool – live on Sky Sports – when the Premier League resumes after the international break and Loftus-Cheek insists they fear no one at home.

“Liverpool are on form at the moment but we have proved at Selhurst Park, where we beat Chelsea and took [Manchester] City to a good draw, we can perform against big teams,” he said.

“After that win [against Huddersfield], if we can take that into the Liverpool game, that will be good.”