‘Rooney has decisions to make’ 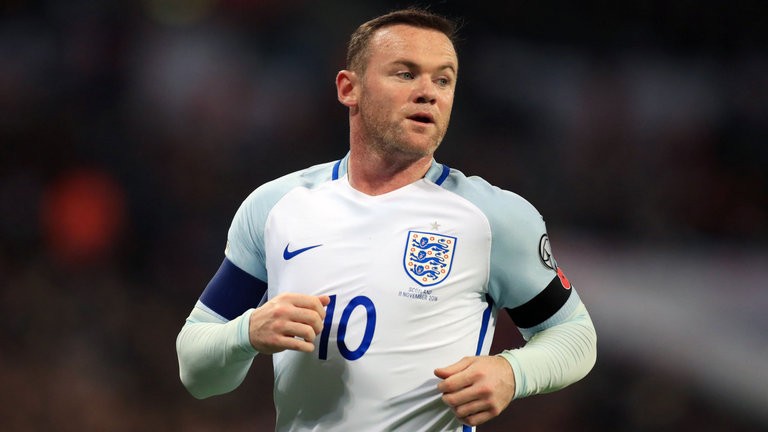 Gareth Southgate has warned Wayne Rooney he needs to be playing regular football next season if he wants to break back into the England squad.

The 31-year-old has again been left out of England’s squad with Southgate opting to select Harry Kane, Marcus Rashford, Jamie Vardy and Jermain Defoe for the World Cup Qualifier against Scotland at Hampden Park on June 10, live on Sky Sports, before a friendly against France in Paris three days later.

Rooney, who is England’s record goalscorer with 53 goals, has struggled to hold down a regular first-team place at Manchester United this season following the arrival of Jose Mourinho last summer.

When asked it if Rooney’s international career is over, Southgate said: “It doesn’t have to be.

“From Wayne’s point of view, he has obviously not played very much this season. Others have come into the squad and done really well.

“As far as I am concerned, Wayne, it would appear, has got some decisions to make across the summer regarding next season.

“But the hope is he is back playing really well and with a player of his quality there is no way we would dismiss him from the future.” 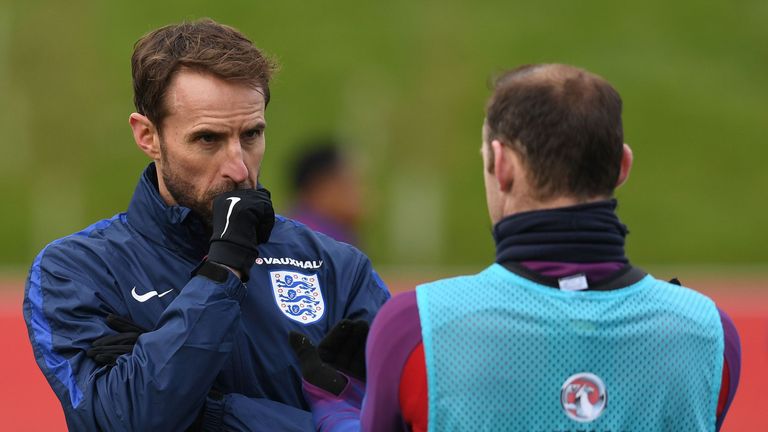 And Southgate admits he will find it hard to consider Rooney for England if he remains in a peripheral role at United.

“That’s a general situation that you want your players playing in the biggest possible games. That is the best test for them,” Southgate added.

“I have no idea what the future is for Wayne with Manchester United so it is very difficult for me to comment on whether he is part of the plans there or not.

“But as I say, we hope he is back playing regularly and playing well because he is a fantastic player to have in your squad.”

Southgate also confirmed he is yet to choose a captain for the two upcoming matches in the continued absence of Rooney.

Joe Hart, Gary Cahill and Jordan Henderson have all skippered the side in recent matches and Southgate admits he has plenty of options for the games against Scotland and France.

“There are a lot of potential leaders emerging from this group and that’s good because there’s always been a focus on one person and an over-reliance on one person,” he added.

“We’re in a position where we can go a number of different ways with that.”

Watch the World Cup Qualifier between Scotland and England on June 10. Coverage begins on Sky Sports 1 HD and Sky Sports 5 HD at 4pm.