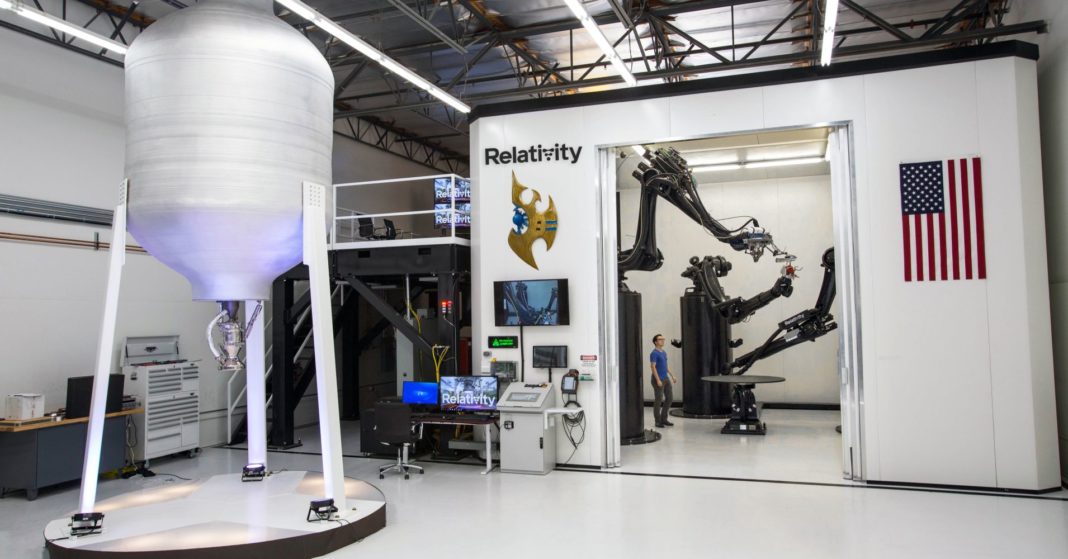 Thanks to an influx of capital in the past decade, there are more than 100 young rocket companies estimated to be racing to orbit, hoping to be among the first to sate demand from a new market of smaller spacecraft.

Relativity Space fits squarely among those aspiring rocket ventures but with a twist: The three-year-old start-up is building its rockets almost entirely using two-story-tall 3D printers, unlike any others in the world. While the company is still working toward that first launch, the past year has seen Relativity pile up talent and resources.

Relativity’s Terran rocket is aimed at the middle of the launch market – in a weight class between SpaceX’s large Falcon 9 rocket and Rocket Lab’s small Electron rocket. While both of those rocket makers have reached orbit multiple times, Relativity’s first launch is not expected for about two years. And Relativity’s valuation of about $100 million, using traditional venture capital metrics, is a fraction of Rocket Lab’s more than $1 billion and SpaceX’s $30.5 billion.

But a year ago, Relativity had about 10,000 square feet of space, 14 employees and one enormous world-class 3D printer.

“At this point our team is just ridiculously legendary,” Relativity CEO Tim Ellis told CNBC. “These are literally the best people in the industry, period.”

Relativity added David Giger as vice president of launch vehicle development (he’s essentially in charge of building Relativity’s rocket) and Tim Buzza as a full-time adviser. Both Giger and Buzza were with SpaceX when the company was less than 50 employees and building its first rocket, the Falcon 1. They also knew Relativity co-founder Jordan Noone while at SpaceX.

“I’m really excited to really dive in with the team and get back into building a launch company … [as well as] to leverage those lessons learned from Falcon 1, from Dragon as well and help this team push the boundaries” Giger told CNBC.

Relativity also recently brought on Josh Brost, a nine-year veteran at SpaceX who joins the start-up as vice president of government business development. Ellis said that Brost “secured over $3 billion in contract with the U.S. government and commercial entities” while with SpaceX.

The company’s Terran rocket is priced to the middle of the market at $10 million per launch, but is almost entirely printed using additive manufacturing with less than 1,000 individual parts. Traditionally, rockets have somewhere around 100,000 or more individual parts.

Relativity’s 3D printers will be able to manufacture a Terran rocket “in less than 60 days,” the company says. Traditional machining methods means current rockets take about a year and a half or more to build. Relativity is aiming for its first orbital launch in less than two years from now and in January secured a contract with the U.S. Air Force to build and operate at Launch Complex 16 at Cape Canaveral Air Force Station in Florida.

“The grant of this patent is a recognition of how our autonomous 3D metal printing technology can quickly and iteratively optimize rocket production on Earth and other planets,” Noone said in a statement.