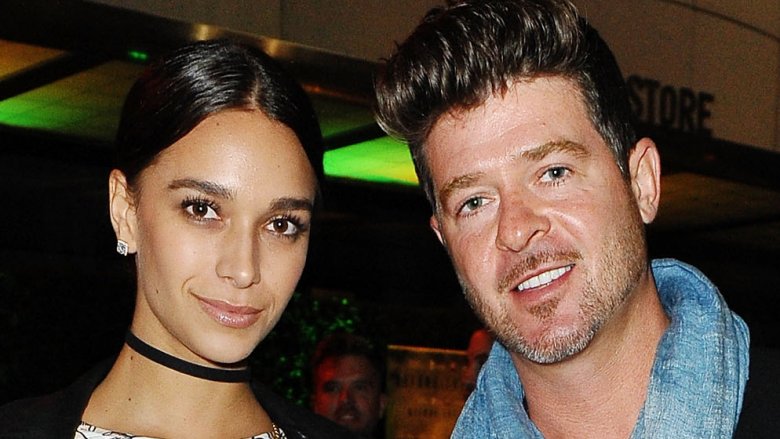 Singer Robin Thicke and girlfriend April Love Geary aren’t interested in what their haters have to say about their relationship status.

On late Tuesday, Aug. 21, 2018, the “Blurred Lines” singer’s girlfriend took to her Instagram Stories to hit back at social media users criticizing the couple for having back-to-back children before tying the knot. The proud parents recently announced they were expecting baby no. 2, just six months after welcoming their first child together, daughter Mia.

“Why are women so obsessed with telling me I need a ring? Getting married is the easy part, seeing how you are together AFTER having babies is the hard part,” Geary wrote in one text-post, while sharing in another, “We’re in 2018. Not the 1950’s. Women don’t NEED to get married before having babies. Y’all need to chill.” Well said.

Earlier in the day, Geary, 23, and Thicke, 41, had revealed their exciting baby news on social media. “Well someone is going to be a big sister next year! We’re so excited to share with y’all that I’m expecting again!” Geary wrote, captioning a sweet video of little Mia holding a black-and-white sonogram photo on Instagram. “We find out Saturday if it’s a boy or a girl! What do you guys think it’s going to be? Forgot to mention the due date is Robins birthday!”

For his part, Thicke, who also shares an 8-year-old son named Julian with ex-wife Paula Patton, posted a clip of Geary getting an ultrasound. “They said we couldn’t make another anthem, so we went and made another anthem!” he jokingly wrote, referencing DJ Khaled and Drake’s song, “For Free.” Alongside a red heart emoji, the proud dad added, “Thank you April!”

Congratulations to Thicke and Geary on their baby news!