Talk about a pizza party to dig in to!

Riverdale‘s sexy stars Camila Mendes, KJ Apa and Charles Melton had one fun-filled Saturday, hanging out, chowing down on some pizza pie and taking Instagram pics.

Mendes, who plays New York City transplant Veronica Lodge on the hit show based on the Archie comics, took to her Insta to post a snap of the trio getting rowdy together. In the image posted, Mendes rocks a sleeveless shirt and jeans, and holds a strategically placed piece of pizza atop her nether regions, while she’s flanked by her shirtless co-stars.

Along with the silly snap, the actress wrote, “Domino’s Resort 2017 Collection.”

Did the 23-year-old just inadvertently invent the pizza bikini? 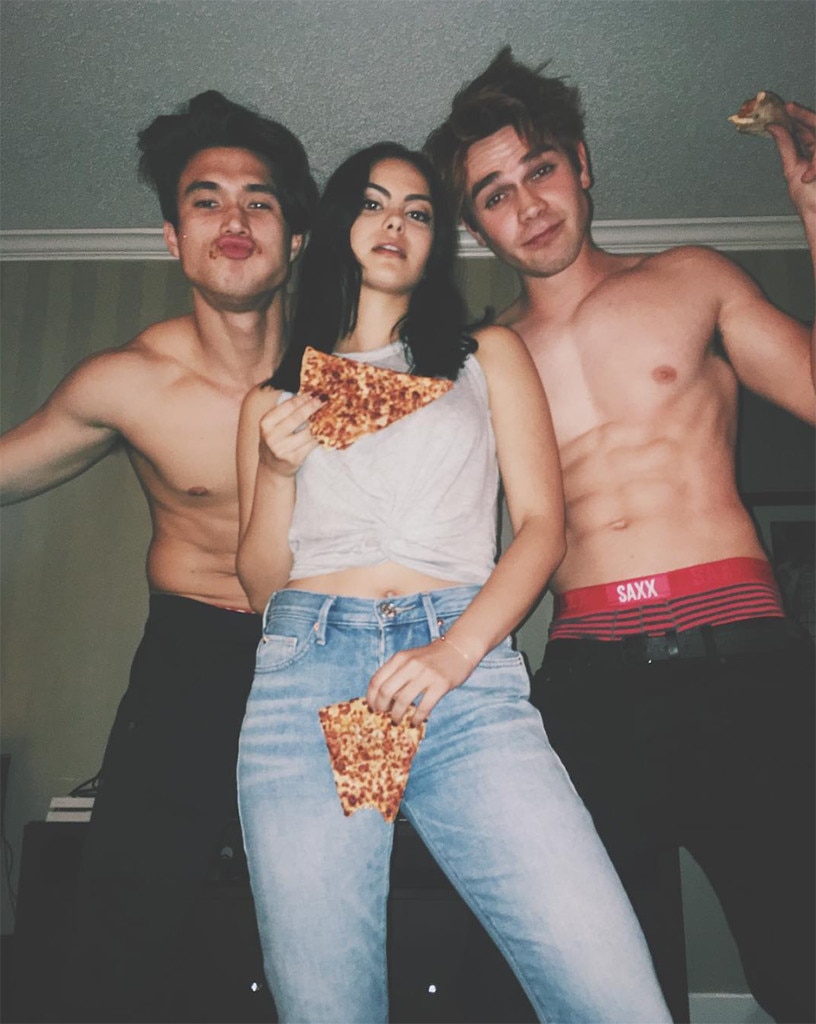 On the show, Apa plays Archie, the hunky lead caught between Veronica and Betty (played by Lili Reinhart).

In season two of The CW show, Melton will be taking over the role of football star Reggie Mantle, which was played by 13 Reasons Why star Ross Butler in season one.

In May, E! News reported that the actor was unable to come back to Riverdale due to his commitment to the second season of 13 Reasons Why.

Earlier in the week, E! News reported that Riverdale co-stars and on-screen flames Reinhart and Cole Sprouse, who plays Jughead, were dating in real life.

Multiple eyewitnesses confirmed that the actors “could not keep their hands off of one another” during 2017 Comic-Con weekend. While it’s unknown how serious their relationship is, they “were very open with their PDA at parties during the event, and close friends did not seem surprised.”

And check them out and other co-stars who became couples…