Daniel Sturridge will have massive season for Liverpool – Adam Lallana 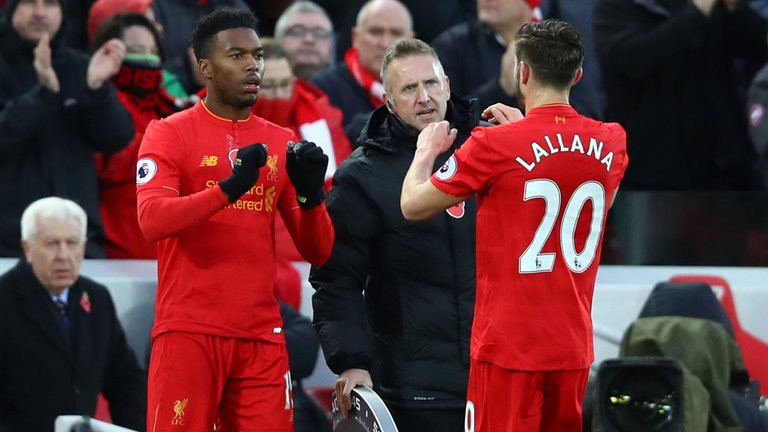 Jurgen Klopp says Daniel Sturridge is in the best shape he’s been in during the German’s time at Liverpool.

Jurgen Klopp says he hasn’t been frustrated by the limited number of signings Liverpool have made so far.

BERLIN — Adam Lallana has said Daniel Sturridge being fully fit next season would be like having “two new signings,” predicting that the Liverpool striker would have “massive” campaign.

Injuries plagued Sturridge last season, but he has returned to fitness and appeared in all five of the Reds’ preseason friendlies.

Liverpool manager Jurgen Klopp recently said the England international was in the best condition he had seen since taking over at Anfield in October 2015.

And Lallana told reporters: “Studge [Sturridge] has been absolutely brilliant in preseason so far.

“He is looking really sharp, and to have him firing on all cylinders would be like having two new signings if we can keep him on the pitch and get him scoring goals. He is a world class player.

“He has come back from the summer looking absolutely brilliant, so fit. He is going to be a massive player for us this season. I can feel it. You couldn’t put a price on him.”

Lallana featured in Liverpool’s 3-0 with over Hertha Berlin on Saturday at the historic Olympiastadion.

After the game, Klopp spoke about being “really happy” with his current options but acknowledged that injuries havee yet to affect his team selection. 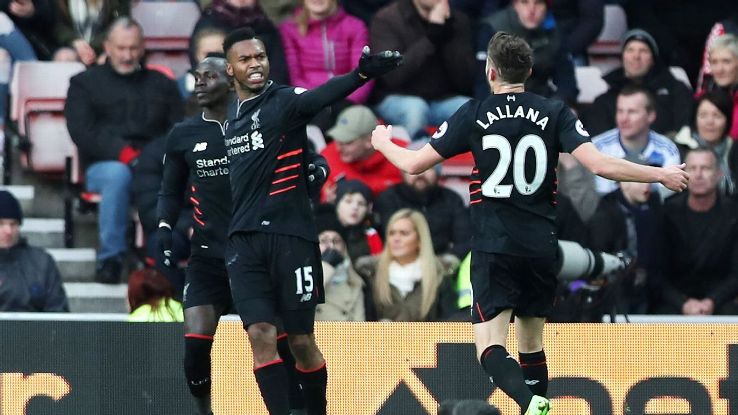 Adam Lallana thinks Daniel Sturridge will be a key player next season.

Lallana said he would welcome further additions to this summer, adding: “I want the best players to be linked with Liverpool and coming to Liverpool.

“If you are talking about it from a personal point of view, the pressure to get better and the competition for places is healthy. That is what we need.

After beating Hertha on Saturday, Liverpool returned to their Rottach-Egern training camp and will compete in the Audi Cup along with Bayern Munich, Atletico Madrid and Napoli on Aug. 1 and 2.

“There are bits that we probably need to work at,” Lallana said. “We have still got a couple of weeks left and it has been good out here in Germany. We have done a lot of sessions.

“When we were in Palo Alto last year, we had a lot of commercial stuff to do, but we had done all that in Hong Kong this time.

“This has just been strictly football while we have been in Germany, and that is what you want as a footballer. We are fully focused on it. I’m sure it is great for the manager to get to spend 24 hours a day with us.”