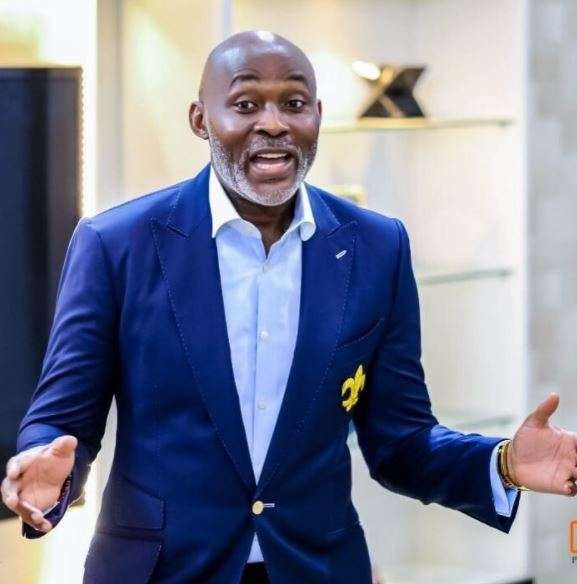 We don’t know if we should call this love or obsession as a lady writes a love letter to actor, Richard Mofe-Damijo.

Richard Mofe-Damijo might be the hottest actor in Nigeria that’s why despite being married, some ladies won’t mind being his second wife.

This isn’t a joke guys, as an unidentified young lady recently wrote a letter to the actor wishing to be his wife.

She also revealed in her detailed letter that she drinks anointing oil anytime she thinks about him. Weird right? She also revealed that she has pushed a number of men away just so she can be with the dashing actor.

play The letter to RMD

“Good morning sir, please I need your help. I’m ready to submit myself to Yabaleft for evaluation. I can’t take the torment anymore. I’m 29 years old, I’m beautiful, I have a wonderful job but I’ve been single for four years now because I’m in love with this celebrity.

A Nigerian actor RMD! I’ve pushed a lot of good men away because of him. In my kind I need to be single so if he sees me he may want me for second wife, I love him. I can die. Sometimes I cry and drink anointing oil for my soul,” she wrote.

Now, this lady might have also been stalking the actor as she also revealed in her letter that she has already sent him more than 40 DMs and also has a gallery of about 3000 of his photos. Obsession alert!

“I know he is married but I love him and want him. I have a gallery of 3000 of his pictures, I’ve sent him 40 DM but he won’t reply me. Please, what is wrong with me falling for a married man. I can’t think straight anymore. I just want to have dinner with him, I’ve waited for four years, I’m ready to wait for him.

Please advise me. This is true love God can see my heart. In the next life, he is my husband, my soul, my destiny, baba ibeji my teins. I want to make yellow eba and efo for him,” she concluded.

Even though this might be a norm for RMD as he is fondly called, he hasn’t made any comment concerning this letter which might be a little bit disturbing, we can’t wait to hear what the veteran actor’s response would be.

Since joining Instagram, RMD has not only won a lot of fans but he is always reading to dish out words of advice and encouragements to his ever unending fans. Recall back in December 2017, when he revealed that he would never buy followers on Instagram.

He went on to reveal that he was initially pressured to buy followers after joining Instagram but he refused. He went on to recount the countless offers and advice he received on how he would benefit from falsely growing his account.Reality star looks sexy in semi-nude photo shoot.