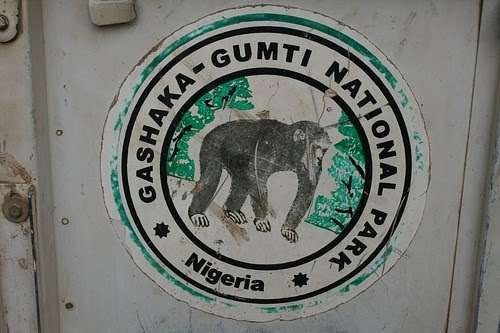 The world’s rarest chimpanzee and other wildlife secrets were discovered in many locations within the Gashaka Gumti National Park, Nigeria.

The cameras of researchers and conservationists from the Chester Zoo have uncovered many wildlife secrets including a rare breed of Chimpanzee and a giant pangolin in the Nigerian forest.

These wildlife discoveries were made in the Gashaka Gumti National Park, Taraba state, Nigeria, and the world was shocked that such wildlife secrets exist in the country.

The park is regarded as a national treasure and noted for being habitat for many wildlife creatures.

Mr Stuart Nixon, the Africa Field Programme Co-ordinator at Chester Zoo, said the location of this discovery is very important.

“Gashaka’s been regarded for many years as having the biggest population of this Nigeria-Cameroon chimp, which is the rarest chimp subspecies,” he said.

“We consider it the most important population – that’s really why we need to count it and see what the status of the chimp is right now – that will ultimately affect what we know about this subspecies elsewhere.”

play One of the rare bred of chimpanzee found in Nigerian forest.

play A leopard was also in the forest.

How the discoveries were made by Chester Zoo

A giant pangolin was also seen for the first time in Nigeria, and it is one of the six rare animal species found in this park.

“It’s an incredible tool to use these camera traps and to reveal that this park – which is a forgotten wilderness, really, for Nigeria – still has a really important reservoir of important species for Nigeria and Africa in general,” said Nixon.

“No-one’s seen a giant pangolin – no-one even knew that they were there. It’s the first record for Nigeria as well – that highlights how rare, how elusive and how difficult they are to find and study.”

Chester Zoo has been supporting the national park for the past 20 years towards ensuring the survival of animal habitat within it.