Rental scam cheats would-be tenants out of $4,300 and leaves owners with a shocking surprise 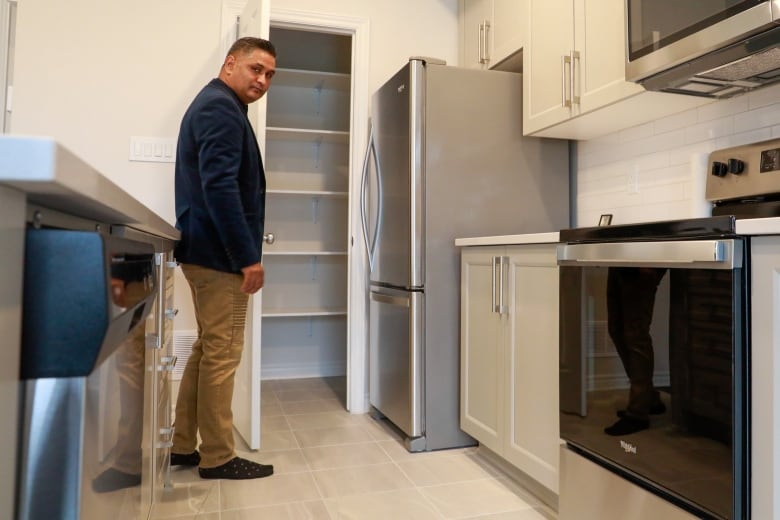 An Ottawa couple recently listed their brand new rental property, but before they could rent it out, they found a family living there without their knowledge as a result of a bold and complex scam.

The con, based on a fake listing on Kijiji but with a puzzling twist, not only duped the family out of thousands of dollars in rent, but left the homeowners feeling stunned and violated.

The ordeal began in August, after Anuj and Saloni Mittal purchased a two-storey townhouse on Pastel Way in Ottawa’s Barrhaven neighbourhood and listed it for rent.

A few weeks later, on Sept. 13, the couple’s MLS agent, Dinesh Sharma, called them early in the morning with some shocking news.

He said a man claiming to be living in the couple’s townhouse was complaining that his landlord was trying to change the terms of the lease and asking for more rent.

“Your client is acting up,” Sharma recalled the man telling him.

But the Mittals hadn’t even signed a tenant at that point. As far as they knew, no one had ever lived in the newly constructed building.

In fact, the “For Rent” sign was still standing on the grass outside their rental property, which is how the man found Sharma’s name and number.

The Mittals and their agent quickly drove to Pastel Way to investigate.

There they met David Polk, still settling into the townhouse that he and his family had moved into just two days earlier.

Polk explained he had spotted the rental listing on Kijiji and had agreed to inspect the property, sign the lease and pay the first and last month’s rent over a series of text messages with the supposed landlord, all without an in-person meeting.

But neither the Mittals nor their MLS agent had ever created a Kijiji ad for the unit.

Polk, who hadn’t been in the rental market for many years, said he thought closing the deal without a face-to-face meeting was in line with how many businesses were operating during the pandemic.

“Under normal circumstances, yes, this would have raised some red flags,” said the 36-year-old construction worker and father.

Polk said he e-transferred $4,300 in rent to a man who called himself Mikhael Gland, who provided the combination for the lock box to give Polk access to the keys.

Disagreement over how perpetrator obtained information

But how did the scammer know the combination?

After sharing information, the homeowners, listing agent and Polk zeroed in on a theory that the scam may have hinged on an online tool called ShowingTime, a Chicago-based site that allows agents to schedule and book home showings.

The service promotes itself as a one-stop shop for accredited MLS agents. With just a few clicks, an account-holder can find detailed information about a listed property — its outstanding offers, showing schedule, as well as the combination for the door’s lock box.

Sharma’s real estate brokerage has a contract with ShowingTime, meaning all its properties, including the Barrhaven townhouse, are listed on the platform.

Polk, the Mittals and Sharma suspect the perpetrator accessed the lock box combination through a booking on ShowingTime by posing as a real estate agent.

Online records show an agent based 400 kilometres away in Toronto booked a showing for the townhouse on Sept. 11. When contacted by CBC News, that agent denied he ever made the booking and expressed surprise that his account appeared to have been manipulated.

In an email, ShowingTime president Michael Lane denied the breach came through his company.

Instead, he blamed an unnamed real estate brokerage for making a mistake.

“It appears to us that the perpetrator, posing as a licensed buyer’s agent in Ottawa, phoned another office in Ottawa who was using ShowingTime software on an office computer,” wrote Lane.

“Without adequately challenging the caller’s identity, the office staff then changed the contact information of the caller over the phone.”

Though his company is not responsible, Lane said, this case has pushed them to update their software to prevent “human-related errors such as this one.”

Would-be tenant David Polk says he moved into a Barrhaven townhouse after finding an ad for the rental on Kijiji and only became suspicious when the “landlord” started pushing them for more rent. The real owners of the unit and their real estate agent say they never posted a Kijiji ad for the property. 1:31

Officers with the Ottawa police fraud unit, which is now investigating, say they have never seen a rental scam carried so far before, since the perpetrator normally vanishes long before a promised move-in date.

The homeowners did allow the Polk family to stay in the townhouse for one week. The family has since moved into a relative’s basement.

“I feel bad for him. He’s definitely the victim,” homeowner Anuj Mittal said of Polk. “It’s been shocking and surprising for our family.”

The fake Kijiji listing was still on the site this week. CBC made contact with the person who created the listing, who went by the name Asheley, but correspondence ended after the reporter identified himself.

The CBC’s texts sent to the phone of “Mikhael Gland” received no response.

Polk said he has flagged the ad to Kijiji and “will never look at Kijiji again,” while he has also appealed to his bank, RBC, to reverse the e-transfer of $4,300.

An RBC spokesperson said the bank reminds clients they must “take extra steps to ensure they are dealing with a trusted source when transferring or receiving funds.”