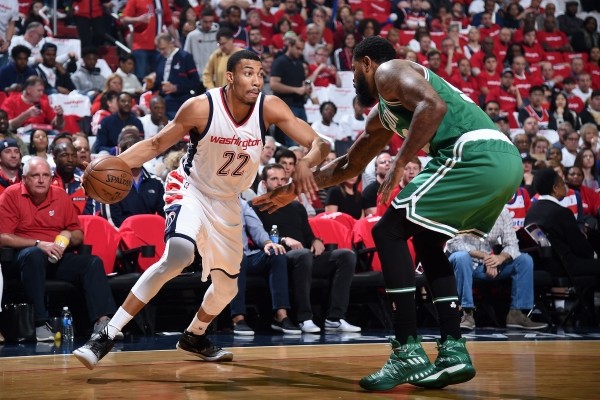 Some of the NBA’s most exciting young talent was on full display as the Boston Celtics took down the Philadelphia 76ers 89-88 in the first game of the 2017 Utah Jazz Summer League on Monday night.

With Boston trailing by one and the clock running down, No. 3 overall pick Jayson Tatum pulled up and drilled the game-winning jumper from the top of the key with 5.7 seconds left.

Tatum finished with 21 points—including a highlight-reel dunk in traffic late in the first half—on 8-for-17 shooting for the Celtics. The 6-foot-8 rookie added seven rebounds, three assists and five steals.

Philadelphia’s Markelle Fultz—the No. 1 overall pick in the 2017 draft—wasted no time getting on the board, driving into the lane and bouncing in a one-handed leaner just 14 seconds into his first professional game. Fultz went on to score a team-high 17 points on 6-for-16 shooting. He added two rebounds, one assist, one steal and three blocks.

While the two rookies showed well in their debuts, it was Boston’s Jaylen Brown who stole the show. The second-year wing threw down monster slams in transition; sank 3-pointers and mid-range jumpers off the dribble; and got to the rim and finished layups with both hands. In all, Brown finished with a game-high 29 points (on 10-for-16 shooting) along with 13 rebounds, one steal and one block in the win.

Timothe Luwawu-Cabarrot stuffed the stat sheet with 16 points, seven rebounds and five assists for the Sixers. … Jonah Bolden, the No. 36 overall pick, finished with nine points, four rebounds and a game-high four blocks for the Sixers. … Second-year forward Alex Poythress added 11 points, eight rebounds, two steals and two blocks for Philadelphia. … Abdel Nader (13 points) was the only other Boston player to score in double figures.