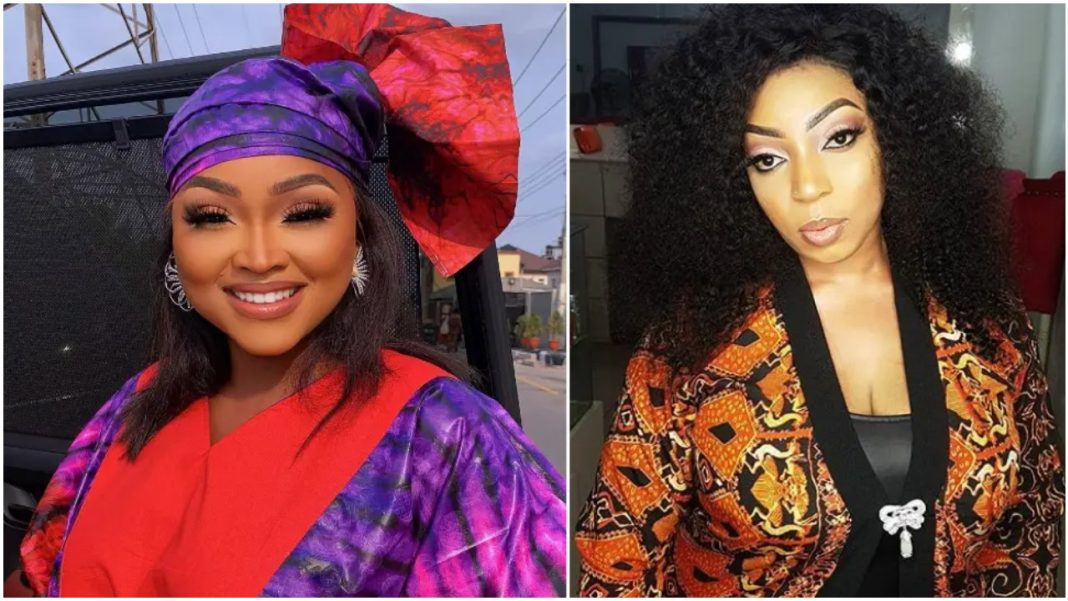 Nollywood actress, Mercy Aigbe, has given a reason for her public altercation with Omolara Olukotun, a Lagos Businesswoman popularly known as Larrit.

Aigbe explained that Larrit had severally insulted her on social media despite the fact that in the past, she had patronised her business and vice versa.

Recall that the said quarrel happened at a star-studded event on Sunday in which Nollywood actresses such as Eniola Ajao, Bimbo Thomas, and Iyabo Ojo were in attendance.

Also read: 18 Of The Best Men’s Khaki Pants To Complete Your Wardrobe (Updated 2022)

In videos making the rounds on the Internet, Aigbe and Larry were seen in an argument that escalated after the businesswoman threw a bottle at the actress.

Aigbe was eventually escorted out of the event amid a crowd by police officers.

“I was at a friend’s store opening (@rhemmygold) to celebrate with her. Larry was one of the guests,” Aigbe said.

“This woman, for reasons best known to her slanders me online at every opportunity she gets. She has done many live videos and posts to this effect. I tried to reach out to her to understand what the issues were, but she chose to ignore me.

“Lara and I are acquaintances. I have patronized her business and she also has done likewise. So I was surprised and confused about how she suddenly became an enemy. I sent messages to her on WhatsApp, I called a few people close to her to understand why she would decide to become an antagonist, all efforts proved abortive.”