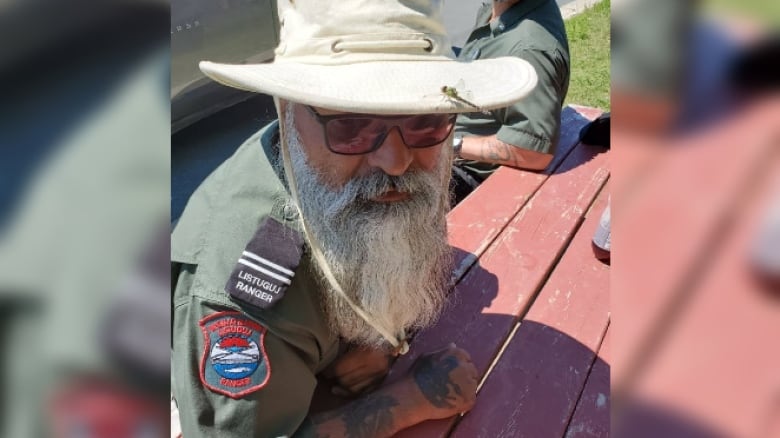 The New Brunswick sighting of an eagle native to eastern Russia is generating excitement across North America’s bird-watching community.

Forest Condo, a fisheries ranger with the Listuguj Mi’kmaq First Nation, was on the Restigouche River as part of his job on Monday evening, when he came across a steller’s sea eagle perched in a tree on Gillis Island.

Speaking to birder Alain Clavette, Condo said he at first thought the bird might have been one of the dozens of bald eagles that regularly prey on sea bass in the area, but a closer look revealed its noticeably large, bright yellow beak and unique white patches on its wings.

“I was dumbfounded — like, wow, what is this?” Condo said.

“So I Googled it and that’s what came up — the steller’s eagle — and I was like, really, really surprised. What’s that doing in our area? A bird that should have been in Russia.”

Condo said he told local biologist Carole-Anne Gillis about the sighting, and the next morning, she and others were on the river to get a look at it themselves.

“It’s certainly made for a lot of excitement, and there’s a lot of birders right now looking at it. It’s still there,” Condo said.

“To see a steller’s sea eagle at this time of year, I would have to be on some islands off the coast of Russia,” he said.

“Or I would have to take a trip … in the wintertime to go to Japan. Very spectacular.”

Alain Clavette doesn’t usually join us on Wednesdays, but he has a super rare bird alert to talk about today that has birders in New Brunswick in a tizzy. We learn all about a rare eagle that is usually only found in Russia or Japan. 7:49

A post about the eagle’s sighting on the American Birding Association’s rare bird alert Facebook page generated more than 800 reactions and 70 comments within nine hours on Wednesday, with some lamenting how the Canada-U.S. border restrictions prevented them from getting a chance to see the bird themselves.

“Open the border, Justin! You know … for Canada Day. No other reason,” Kirby Adams commented the day before the holiday.

Clavette said a steller’s sea eagle was last spotted in Texas about three months ago, adding the one seen in New Brunswick could be the same bird.

He said the only thing that could detract from the rare sighting would be if it were determined the bird had actually escaped from captivity, and not flown all the way from Russia or Japan.

“If we do have news that one was an escapee from a zoo in the last couple of months, it would put a big damper on this sighting because, of course, it would not count … for a birder’s list,” he said.

“Nonetheless, very impressive, and I think that there is a possibility that this guy is just a traveller, and that it could be the same bird that was spotted in Texas.”