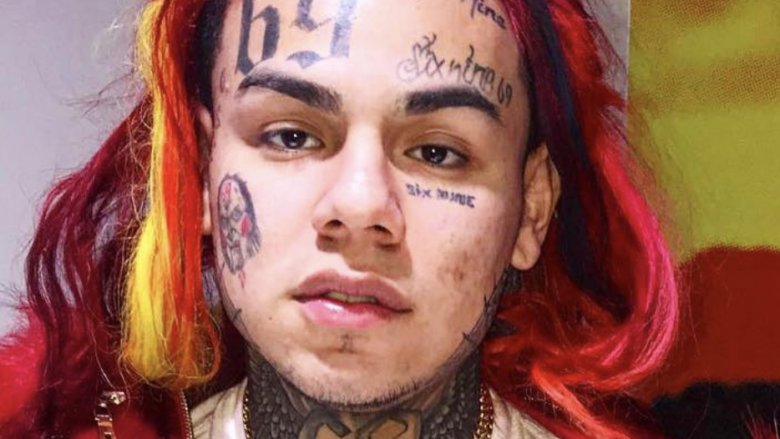 TMZ reports that Tekashi, whose real name is Daniel Hernandez, entered a guilty plea in court on Jan. 23, 2019, in regards to nine counts including “racketeering, conspiracy, firearms offenses and narcotics trafficking.” While in court, Tekashi was said to have admitted to joining the Nine Trey Bloods gang in 2017. He also reportedly confessed to aiding gang members in a murder attempt in an effort to boost his popularity in the group.

Furthermore, according to TMZ, Tekashi, 22, shared that he took part in a robbery by gunpoint, paid someone to engage in a shooting, and sold “a kilo of heroin in 2017.”

As reported by The New York Times, Tekashi could “face a mandatory minimum of 47 years in prison and a maximum sentence of life imprisonment.”  The paper noted that, so long as Tekashi continues to cooperate with authorities, the “government has agreed to write to the judge, seeking leniency on his behalf.”

As TMZ previously reported, Tekashi was arrested on Sunday, Nov. 18, 2018, along with his former manager and two associates, on charges involving racketeering and firearms. The arrests were reportedly the result of an investigation that was a “joint effort by ATF, NYPD and Homeland Security.”

At the time, Tekashi was on probation, after his involvement in “making videos of a 13-year-old in a sexual performance in 2015,” according to The Daily Beast.

Tekashi — who, via his attorney, had previously denied that he was in a gang — was reportedly denied bail and has remained being bars ever since he was taken into police custody. In November 2018, he pleaded not guilty to racketeering charges (via E! News). Apparently, however, he changed his mind regarding his plea.