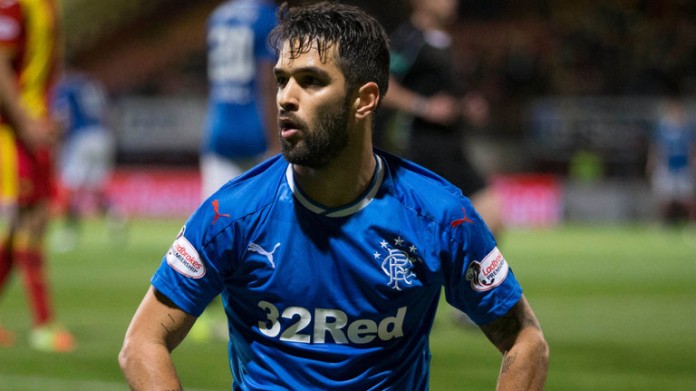 Rangers have confirmed that winger Daniel Candeias has signed a two-year contract extension.

The 30-year-old, who was signed in the summer by Pedro Caixinha from Benfica, joins James Tavernier, Alfredo Morelos, Wes Foderingham and Josh Windass in signing new deals at Ibrox.

Candeias has made 36 competitive appearances for the Gers in his first season and has scored six goals including one in Sunday’s 3-2 defeat to Celtic.

He told the club’s website: “It is so good for me and I am very happy to sign this new contract with this club.

“It is a great club and I like the responsibilities that come with that.

“I love wearing the shirt and I will give 200 per cent for this club.

“I am very happy here as it is like a family. Everyone has welcomed me so well and my family are so happy with the city and the people.

“When everything is like this, it makes it so much easier.

“I am very happy with my performances, but that is down to the team playing well. I work hard every day to prepare for the games.

“In these seven or eight months I have worked hard for the team, and now I want more of the same. I have more responsibility now and want to continue the way I have.”

The winger, who started his career with Porto, was on loan with Alanyaspor in Turkey before joining Rangers and has represented Portugal at Under-16 and Under-23 level.

Candeias played for Nacional where he made 85 appearances and scored 13 goals, he has also had spells with FC Nurnberg in Germany, Granada in Spain and FC Metz in France.