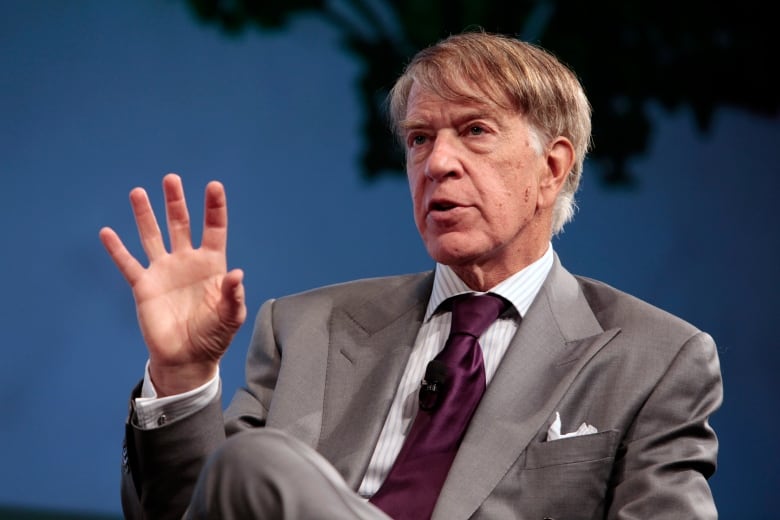 Tiff Macklem faced some tough questioning yesterday, as members of the U.S. Council on Foreign Relations grilled the Bank of Canada governor on whether their northern neighbour would have a trouble-free exit from the downturn of the COVID-19 pandemic.

Led by financier and former Democratic politician Roger Altman, members of the U.S. think-tank asked probing questions on whether Canada’s housing bubble would have any spillover effects on the global economy, as well as on jobs, inflation, commodity pricing and the difficulty of moving from a low interest rate regime to one without monetary stimulus.

To Canadians who have heard Macklem’s views in the past, the answers were in some ways less revealing than the questions. But among the new things he did pass on were fears that inflation could well turn out to be more long-lasting than expected and jobs recovery could be slower.

On the topic of inflation, Macklem responded to a question that conveyed a growing concern in the financial community that inflation was not a blip, but rather a trend.

“A lot of people in finance are learning that the most important word in the English language is ‘transitory,'” quipped Altman, referring to the term repeatedly used by central bankers to imply that inflation would go away on its own.

“It’s the job of central banks to say it is,” responded Macklem in a similarly humorous tone.

But both in the council session and at a later news conference, the bank governor conceded that inflation was running hotter and could last longer than initially expected.

And as gasoline pump prices smash records, cars and appliances are unavailable due to a shortage of component chips and ships back up at North American ports, Macklem said the inflationary path was not as simple as many had expected when signs of rising prices first emerged.

“We do expect that we will work through these supply disruptions, but I will say, they are proving to be more complicated and they could last a little longer than we previously thought.”

Macklem was, of course, speaking before Friday’s latest jobs numbers in both Canada and the U.S. had been released. But he said the labour market was turning out to be more complicated as well.

Still, there were increasing signs that jobs for lower-wage workers, who often include recent immigrants, visible minorities and women, were coming back, he said. But the process had turned out to be slower than he hoped.

“I think what we’re seeing here is it’s more complicated to open an economy than to close an economy,” said Macklem, using a similar line for both audiences.

“This process of companies finding workers and workers finding the right jobs, it’s taking some time.

“What that means is that … we do expect to see a good recovery in the second half of this year, but it could be a little slower, it could take a little longer than we expected.”

One thing commentators in the U.S. have noted is that a continued rise in jobs, if shown in Friday’s employment numbers, will almost certainly force Macklem’s American counterpart to begin the process of raising rates — and that may be disruptive to an economy that has grown accustomed to bargain-basement lending.

In another question, Altman alluded to the huge amounts of money sloshing through the system.

“One is tempted to think that the exit for central banks from this phase of extraordinary measures is going to be challenging, is going to be difficult,” said Altman to Macklem. “Tell us how you see that being managed and how you think it can avoid being bumpy.”

Macklem conceded there would “likely be some bumps” in the process. But one of the ways central banks could help, he said, was to be as transparent as possible and “minimize surprises.”

That is what the Bank of Canada has done by signalling its plans to slow bond purchases in advance and warning it will begin raising rates before selling off its stock of stimulus bonds.

Bank of Canada governor Tiff Macklem says the central bank is prepared to work on reopening the economy, and there are good reasons to believe the factors driving inflation are temporary. 1:45

The same applied to the U.S. Federal Reserve in September when chair Jerome Powell revealed the Fed was preparing to begin slowing bond purchases as soon as November.

Two more questions from think-tank members addressed questions of great importance to Canadians: housing and swings in commodity prices. But they indicated those subjects are also important to our southern neighbours.

One question asked whether the effects of an unwinding of the Canadian housing market currently being used as “a retirement asset” was likely to spill across the border and do damage there. Macklem was reassuring.

On the other question of commodity prices, he made an oblique reference to the potential distortions of the current rise in oil prices, alluding to the fact he could only set one interest rate for all of Canada — which, in the past, has led to “Dutch disease” when oil prices surge.

In each of the cases addressed — and in many others — what may seem like abstruse subjects of interest only to economists and market traders actually has important effects on each of our lives, as Macklem succinctly noted.