As schools roll out rapid testing for COVID-19, different approaches emerge across regions 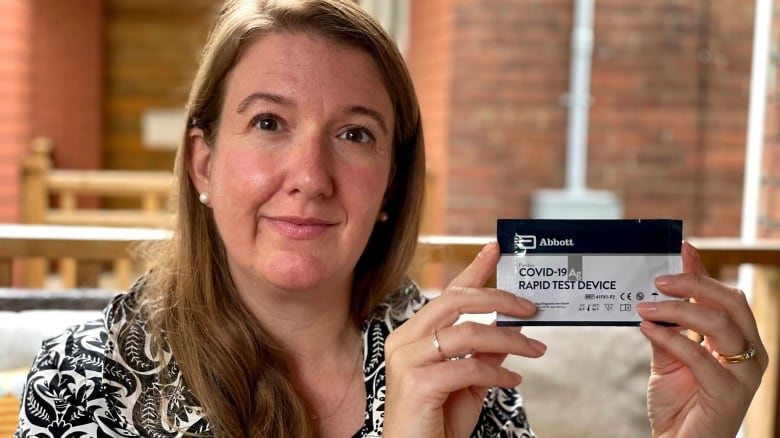 About a month into the fall term, many families with school-aged children are clamouring for the season’s must-have: Rapid antigen tests.

Since the start of the school year, there’s been an increase in the number of COVID-19 outbreaks in school and childcare settings, according to the Public Health Agency of Canada’s latest weekly COVID-19 epidemiology report.

Coupled with the fact that a vaccine for children under 12 is still currently unavailable, many are calling for students to get priority in provincial deployments of rapid tests.

Rapid tests are widely seen as a useful tool to add to the protective measures being used in schools during the pandemic. However, which kids to test, how often and even where to do the testing are among the many issues that differ as different Canadian jurisdictions put rapid tests into play.

“During the pandemic, we have been pushing the government to stop reacting and to start planning ahead and be proactive,” said Kate Dupuis, a Toronto mother of two young children who joined a parent group distributing rapid tests to families. “We all need to work together to do everything we can to try and keep our kids safer.”

Ontario will now allow rapid testing of asymptomatic students for COVID-19 — but only under certain conditions. Quebec is expanding rapid testing to more schools while other provinces announce their own protocols. 2:01

In recent weeks, Ontario has seen different efforts to get rapid tests to families, including parent-driven campaigns in Toronto and a physician-led one in Ottawa.

This week, Dr. Kieran Moore, Ontario’s chief medical officer of health, announced the province’s rapid-testing strategy for schools: sending them to those identified as high risk by local medical officers of health, for use by asymptomatic, unvaccinated students at home. (Those showing symptoms are still urged to get a lab-based PCR test.)

Whether it’s seeing high transmission in a community or perhaps a high pocket of unvaccinated individuals in the neighbourhood, “if we’re seeing a school that’s in trouble, that’s having consistent cases, that’s at risk for closure, this is an extra tool to keep our children in the classroom,” Moore said Tuesday.

He emphasized, however, that Ontario’s situation has been positive as of late, despite the more contagious delta variant. He praised families, educators and communities for the keeping rates of COVID-19 infection low.

A group of Toronto parents have spearheaded a rapid COVID-19 testing program for their children’s school because there wasn’t a provincial system in place. 1:55

Targeting hotspot schools is “an important first step,” Dupuis acknowledged, though her ideal remains for all Ontario kids to have access to rapid testing twice a week.

“If we don’t have enough tests right now, maybe it’s time to start to think about alternative ways to get more tests out, so that all kids across the province eventually will have access.”

Olivier Drouin, a Montreal father of two teens, shares that desire for provincewide asymptomatic rapid testing. More specifically, he’d like to see it made available for all Quebec students — both vaccinated and unvaccinated — and for the tests to be conducted at home.

“This is the best way to reduce transmission and prevent the cases before they occur in schools,” said Drouin, who is the founder of the Covid Écoles Quebec website, which tracks coronavirus cases in the province’s schools.

The province has opted for rapid testing of elementary students who begin showing symptoms at school, conducted by staff. First unveiled in four neighbourhoods with a high number of active COVID-19 cases, the program quickly expanded. On Monday, Quebec announced rapid testing would roll out to all regions by Oct. 11.

Quebec’s approach is based on a number of factors, including a “safety net” of high vaccination rates (89 per cent with one dose, 85 per cent with two) among those over the age of 12 and eligible for a shot, according to Dr. Caroline Quach-Thanh, a pediatric infectious disease specialist and medical microbiologist at Sainte-Justine Hospital in Montreal.

Quach-Thanh conducted a pilot project last winter using in-school, asymptomatic rapid testing to detect and prevent the spread of COVID-19. Despite one of the participating schools being in a community with a high COVID-19 positivity rate, she sadid, “we didn’t find that many [students or staff] that were positive” through the rapid tests.

“If you do find one, then you’re happy, because you know that that person could have been a transmitter. But the energy and the human resources it takes to actually find that case was … out of this world,” said Quach-Thanh, who is also a professor at the University of Montreal.

Though she believes that there will eventually be wider public use of rapid tests as an extra safety measure, she highlighted important considerations that still need to be ironed out with the process, including ensuring tests are equitably distributed, a consistent supply of tests, and a clear reporting process of results to school and public health officials.

“Our warehouses are not full of rapid tests.… There’s no major constraint right now, but it’s not like free-for-all — and everybody cannot just access it, if you ask for it,” she said.

Last spring, Alberta ran an asymptomatic rapid-testing pilot for students at select schools in four cities. This week, along with resuming contact tracing in schools (which was dropped in the summer), the province introduced a rapid-antigen-testing initiative for school-aged kids who can’t yet be vaccinated.

Starting in late October, it will distribute rapid tests as a screening tool to be used by asymptomatic staff and parents in Kindergarten to Grade 6 for schools on outbreak status.

Similarly, Saskatchewan is also now distributing rapid antigen tests to households with students under 12 as part of its newly expanded self-test-at-home program. Starting this week, parents can contact their child’s school for test kits, which are to be used as an asymptomatic screening tool. However, some are already reporting supplies quickly running out.

Last week, Nova Scotia began a provincewide pilot offering students in pre-primary through Grade 6 rapid-test kits via their elementary schools. Parents might test if a child has one mild symptom, like a stuffy nose or sore throat.

The kits will also likely be welcomed by families who live far from lab-based PCR testing if their child develops a major COVID-19 symptom, such as fever or cough, according to Dr. Lisa Barrett, an infectious disease doctor and a researcher at Dalhousie University in Halifax.

“It’s a little different in areas around the province — and every province has them — where PCR access is really tough and runny noses are really common,” she noted.

Barrett has headed up several successful initiatives in Nova Scotia employing rapid testing during the pandemic; she says these campaigns have underlined the importance of public engagement and giving people some autonomy.

“We know from other infections, like HIV, hep C, that people will modify their behaviour — even if they don’t know that they are — to be safer [or] less risky if they know their status,” she explained.

So in addition to rapid tests aiding with earlier detection of positive cases, “if it’s just that people who don’t usually mask, wear masks more or avoid some very vulnerable people, that’s a secondary part, I think, [where] rapid tests really help.”

‘Why aren’t we using them?’

Meanwhile, educators in British Columbia — among the regions that have yet to introduce a provincial rapid-testing strategy for schools — continue to call for one.

“That’s the biggest concern from parents and from teachers I’ve heard: Why aren’t we using them? … So many other jurisdictions have taken that step,” said Annie Ohana, a secondary school teacher in Surrey and organizer with the Safe Schools Coalition B.C.

“It’s really difficult for families to decide whether their child’s runny nose constitutes having them stay home, and so I think that rapid testing could be used in a way to give people peace of mind.”