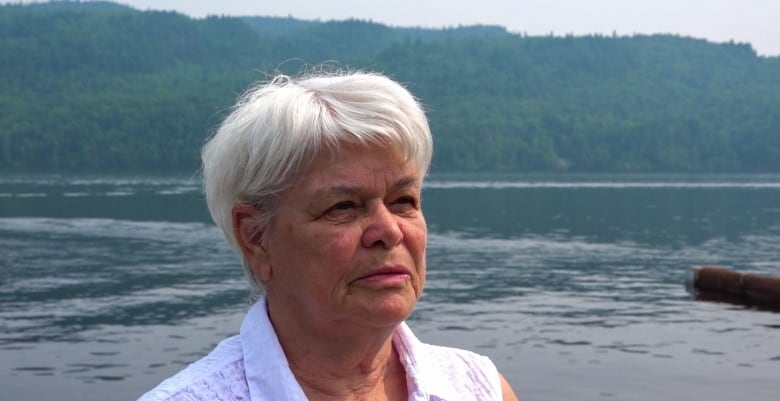 As it runs from the Otish Mountains south to Lac-Saint-Jean, the Péribonka River cuts through a valley in Quebec that is home to old yellow birch, woodland caribou and bald eagles.

The valley has been heavily logged for years. Until the mid-1990s, the river was so clogged with timber that canoeing or kayaking was impossible.

But for the past decade, local activists and politicians have been trying, in vain, to get the Quebec government to protect an 80-kilometre stretch of forest along the river.

They pitched plans for eco-tourism and biodiversity, and stressed the threat that logging posed to the caribou, which is an endangered species in Quebec. Nothing swayed government officials.

In December, the government announced it was protecting 34 new areas in the province in order to meet a United Nations treaty obligation that required Quebec place 17 per cent of its territory off limits to development by the end of 2020.

Advocates of the Péribonka River valley project, though, were left disappointed yet again

Instead, last month, the Forest Ministry granted permission to two companies to log within the 80-kilometre stretch the activists had been hoping to protect.

By the end of August, the companies will start hauling away enough wood to supply more than a dozen lumber mills.

The Péribonka River valley is one of dozens of areas that environmental groups had asked the Quebec government to include in the 17 per cent, but which were ultimately rejected.

It later emerged, in reporting by La Presse, that top officials in the Forest Ministry had opposed protecting forests that were in areas coveted by the forestry industry.

The revelations have contributed to a growing distrust of the ministry’s willingness to protect the province’s forests.

In the eyes of experts, environmental activists and Indigenous communities, the ministry appears more interested in safeguarding the profits of industry than the forests themselves.

Too close for comfort?

Quebec’s Ministry of Forests, Wildlife and Parks has regulated the forest industry’s output since 2013, following a public inquiry that found companies were cutting down too many trees.

This gave ministry officials responsibility for both conservation efforts and the economic viability of the forestry industry. The hope, initially, was that the ministry would act as a counterweight to industry.

But in recent years the ministry has developed a reputation for ignoring environmental and community concerns whenever they conflict with the business interests of forestry companies.

“Do we protect our forests enough? Well, no, because we are too receptive to the needs of industry,” said Luc Bouthillier, a professor in the forestry department at Laval University in Quebec City.

Even within the ministry, there are concerns it is failing to exercise sufficient independence.

“We’re there for the industry, which says ‘do that, give me that, change that,” a ministry official told Enquête, Radio-Canada’s investigative program, this winter.

The program revealed that industry representatives had complained to the ministry about a list of 83 proposed protected areas that had been compiled by the Environment Ministry after public consultation.

All are in southern Quebec, where logging has contributed to a deficit in old-growth forest and disrupted wildlife habitats.

As the Quebec government compiled the list of areas that would be included in the 17 per cent, senior officials in the Forest Ministry emailed counterparts in Environment to object to many of the entries on the list, according to reporting by La Presse.

When Quebec finally announced which areas would fall under the 17 per cent, several observers noted most were in northern Quebec, where commercial logging isn’t permitted anyway.

The list of 83 proposed sites, which included the Péribonka River, was excluded entirely.

“It’s a tough battle to get the people at the top [of the Forest Ministry] to see anything besides short-term profits,” said Daniel Kneeshaw, a professor at the Université du Québec à Montréal who specializes in forestry management.

“It is: liquidate the forests and screw the next generation.”

Environmental groups who have dealt with the ministry say the process is often frustrating and that their input is not welcome.

“The ministry isn’t interested in listening to voices from outside the industry,” said Pier-Olivier Boudreault, head of conservation for the Quebec branch of the Canadian Parks and Wilderness Society.

“It’s extremely difficult to work with them because of that reason. There is really a culture change that is needed.”

The Innu community of Pessamit had proposed shifting, but not reducing, the area where commercial logging could be practised in order to better protect the local caribou population.

That proposal, along with similar ones put forward by the other Innu communities on Quebec’s North Shore, was also rejected.

“We’ve spent years working with governments to protect the caribou and create protected areas. Nothing from our propositions was retained,” Charles-Édouard Verreault, of the Mashteuiatsh Band Council, told Radio-Canada.

Frustrated citizens unwilling to back down

The ministry’s public reputation hasn’t been helped by its current minister, Pierre Dufour, who is known for being impatient with his critics.

In May, he derided opponents of the logging project along the Péribonka River as a bunch of NIMBYs.

The minister is currently on vacation and was unavailable for an interview. His office nevertheless provided detailed answers to a list of questions submitted by CBC News.

“The ministry is careful to consult the population for every forestry harvesting operation,” Dufour’s office said, adding it was experimenting with handing more control of forestry management to communities.

Dufour’s office also defended its decision to approve logging along part of the Péribonka River, saying the area was hit by an infestation of spruce budworm.

“The cuts are planned to slow the progression of the insect to other trees and sectors,” a spokesperson told CBC News.

But the local activists trying to protect the valley say the government is exaggerating the danger the budworm poses to the forest, which is heavily populated by yellow birch, a species the budworm doesn’t eat.

Tremblay, and the dozen members of her group, are still hoping to stop the cuts that are scheduled to get underway later this month.

The group is planning a protest outside the Forest Ministry’s offices in Jonquière, Que., next week. And if that doesn’t work, Tremblay says she’s ready to chain herself to one of the trees in the Péribonka forest.

“What is it going to take for the government to open its ears?” she asked.