Trudeau joins Trump, May for D-Day remembrance events in U.K. 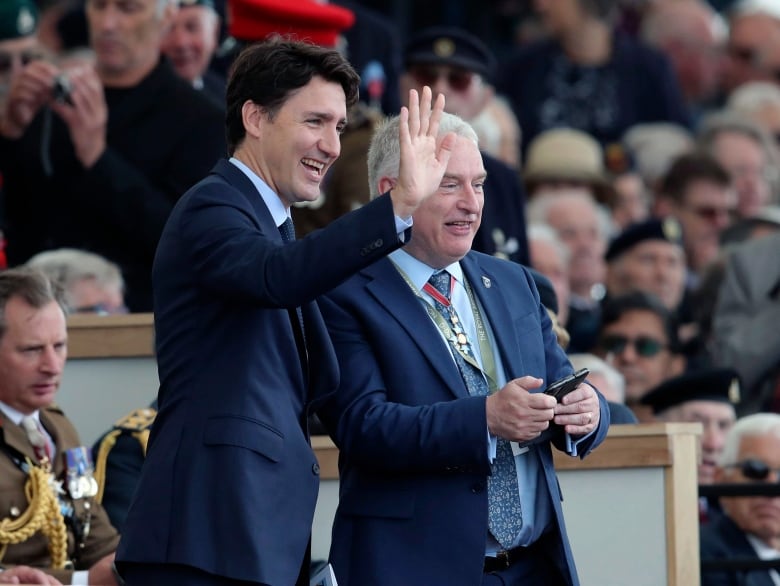 Canadian Prime Minister Justin Trudeau is in the United Kingdom with U.S. President Donald Trump, British Prime Minister Theresa May and other world leaders today to begin two days of commemorations for the 75th anniversary of D-Day.

Exactly 75 years ago Wednesday, thousands of Canadian, American and British soldiers boarded a massive flotilla of ships off the southern coast of England to begin the assault on Nazi-occupied France on June 6, 1944.

The assault on the beaches of Normandy, the largest seaborne invasion in history, marked a turning point in the Second World War and spelled the beginning of the end of Nazi rule in Europe.

But the battle came at a heavy cost: 359 Canadians were killed and another 715 wounded or captured on D-Day, while more than 5,000 would die in fighting over the next two months.

During an elaborate ceremony in the British city of Portsmouth, Trudeau and the other leaders remembered the bravery and sacrifice of those who fought on D-Day.

Trudeau recounted the story of Lt.-Col. Cecil Merritt, who was awarded the Victoria Cross for his bravery in the raid on Dieppe two years earlier, which taught commanders many lessons they later used on D-Day. Merritt was taken prisoner, but lived through it and died in Vancouver in July 2000.

Trump read a prayer that U.S. President Franklin Roosevelt delivered in a radio address to the U.S. on June 6, 1944.

More than 900 Canadians were killed at Dieppe in August 1942 and nearly 2,000 were captured, a loss that nonetheless helped D-Day planners better prepare for the real invasion of France.

Trump, May, French President Emmanuel Macron and the Queen will also deliver remarks during the 90-minute ceremony, which will be attended by some of the same veterans who embarked for Normandy decades earlier.

A larger group of veterans will be in France on Thursday when Trudeau and the other leaders mark the actual anniversary of the invasion with several different ceremonies, including where the Canadians came ashore — Juno Beach.

Many of those veterans are now in their 90s, but still vividly remember loading into their ships in England on June 5, 1944, and crossing the English Channel that night for their attack on the coast of Normandy. 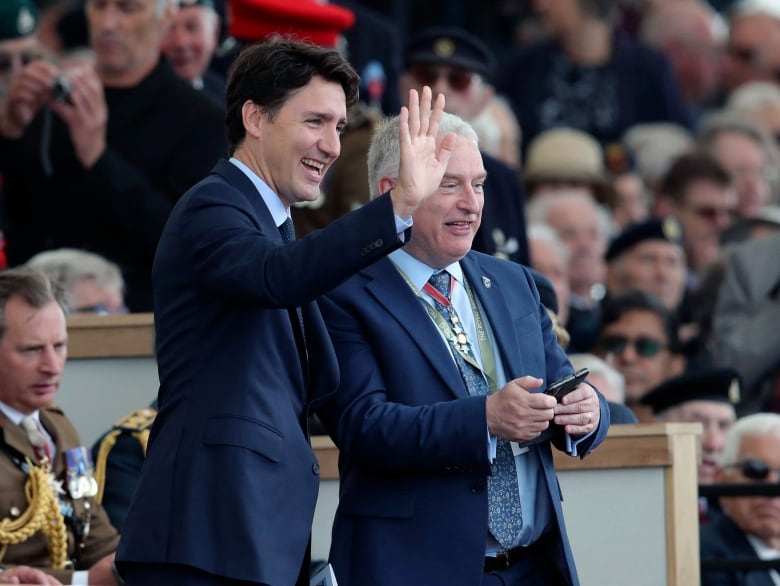 “We were going across the channel and we didn’t sleep all night long for the most part, and I got up and decided to go take a look,” veteran Joseph Edwardson, 95, recalled in a recent interview.

“I went up the stairs and all I could see was ships. Ships, ships, ships all the way around.”

CBC News’s coverage of the anniversary begins Wednesday at 6 a.m. ET, with a commemorative event from Portsmouth, England — the point from which many troops left on ships to fight on the shores of France.

Hundreds of veterans will take part, boarding a ship that will sail to Normandy. The British air force will see them off with a flyover of vintage aircraft.

The Queen and Trudeau are expected to attend.

At 10 a.m. ET, the focus will shift to the site where more than 2,000 Canadian soldiers are buried.

Members of the Canadian Armed Forces will be joined by Canadian leaders and students to honour them at the Bény-sur-Mer Canadian War Cemetery.

Trudeau is expected to join French Prime Minister Édouard Philippe at a ceremony at Juno Beach in France at noon. 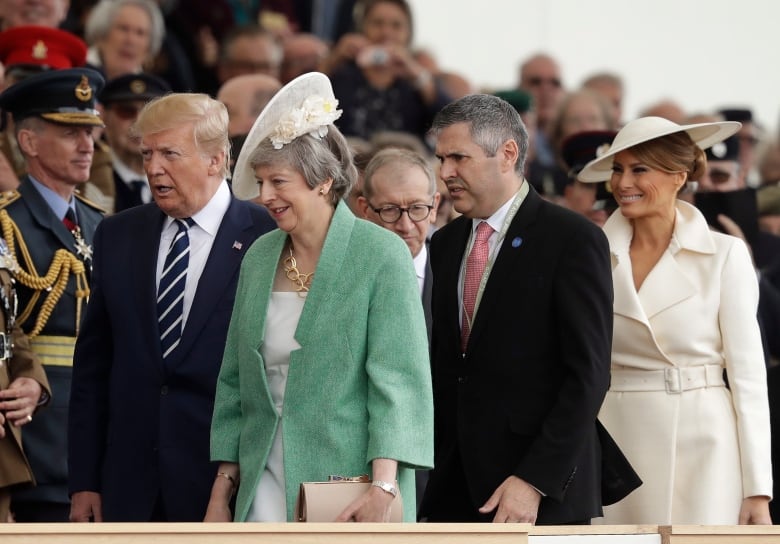 On Thursday, The National’s Adrienne Arsenault will host D-Day coverage from the Juno Beach Centre in France.

The special begins at 5 a.m. on CBC-TV, CBC News Network and cbcnews.ca.

The event will honour all Allied forces who fought in the 11-week Battle of Normandy, including the 50,000 who died. Several dozen Canadian veterans are expected to be there.

At 1:30 p.m., the coverage will shift to Halifax where Canada’s biggest commemoration will happen at the Citadel National Historic Site.

Veterans of the Second World War will be in attendance and honoured.