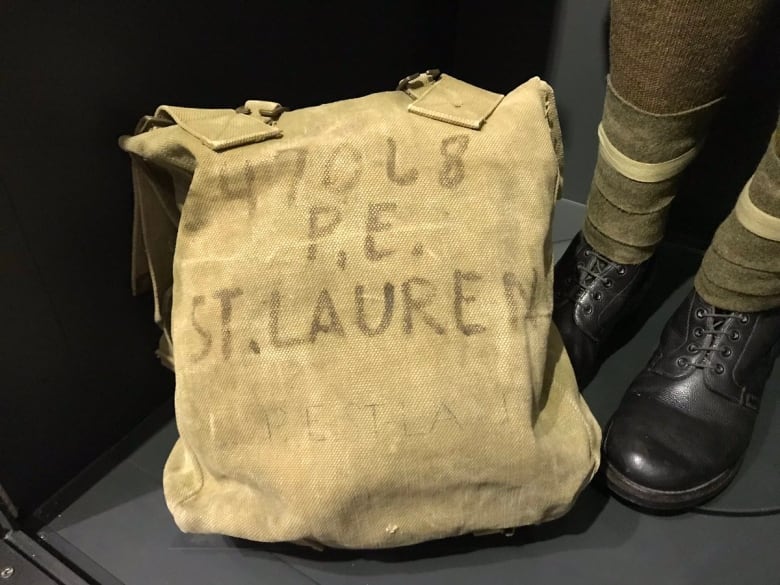 On Wednesday, the Royal 22nd Regiment Museum in Quebec City added an unassuming new item to its permanent collection: a Canadian soldier’s WW II backpack that was lost during the Italian campaign.

What makes the backpack so special is the story behind its resurfacing.

It was found by a collector in Italy who reached out to CBC Montreal for help finding its true owner.

CBC got to work, contacting half a dozen government agencies and military historians. Library and Archives Canada identified the backpack as belonging to Paul-Étienne Saint-Laurent, who was a member of the Royal 22nd Regiment.

His daughter Francine Saint-Laurent, who lives in Montreal, was thrilled by the discovery and decided to donate it to the museum.

“My only regret is that my father isn’t here,” said Saint-Laurent at the event to mark the occasion in Quebec City, Wednesday.

“I knew it was something very precious to my father.”

Saint-Laurent said she wanted to donate the backpack to the museum so that it would be preserved as a part of history.

Dany Hamel, director and curator at the museum, said they were equally excited to follow the story of the backpack’s journey home.

“It was a really meaningful object that we’re adding to the Italy section,” he said.

The permanent exhibit at the museum is on the 100-year history of the Royal 22nd Regiment.