Protest in Osun over minimum wage 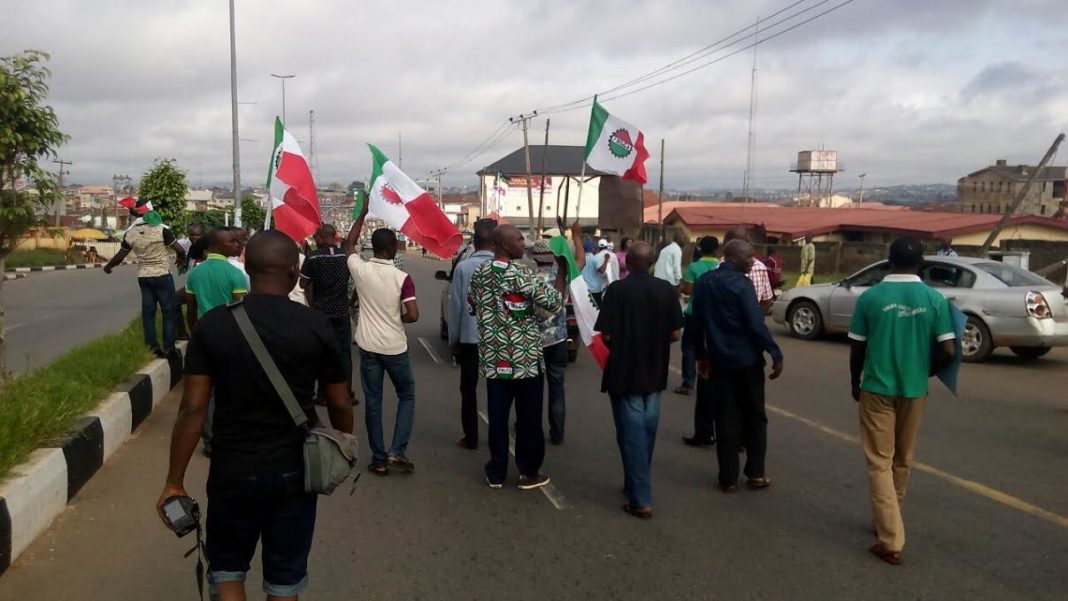 Members of Nigeria Labour Congress (NLC) in Osun State on Tuesday joined their counterparts across the country to stage a protest for the implementation of the proposed N30,000 minimum wage.

The protest , which was led by the leadership of NLC and the Trade Union Congress, TUC, together with some of their affiliates moved a procession from the freedom park to Olaiya through Okefair junction in Osogbo metropolis, chanting different solidarity songs.

The NLC Chairman, Mr Jacob Adekomi, while speaking with newsmen explained that the protest was to draw the attention of Nigerians to government’s attempt to compromise agreement reached with workers on the payment of thirty thousand naira minimum wage.

Adekomi stressed that it was not fair to always push workers to the wall on matters of salary increment which remains a constitutional issue and subject to review every five years.

He argued that the new minimum wage was implementable if government could block loopholes and cut wastages.

In the same vein, his counterpart in the TUC, Mr Adekola Adebowale charged the Federal Government to commence the implementation of the proposed new minimum wage without further delay.

He reiterated the resolution of the labour movement not to discuss further on the issue with the government.