”President Buhari did not query IGP for flouting his order to relocate to Benue” police spokesperson, Jimoh Ibrahim, says 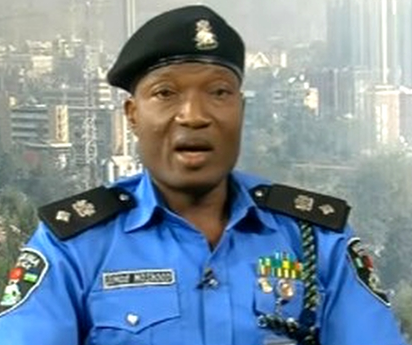 ”President Buhari did not query IGP for flouting his order to relocate to Benue” police spokesperson, Jimoh Ibrahim, says

The spokesperson of the Nigeria Police Force, Jimoh Moshood, says contrary to media reports, the presidency did not queried the Inspector General of Police Ibrahim Idris, for flouting the directive of President Buhari to relocate to Benue state after the January 1st massacre., Recall that last week Monday March 12th, President Buhari found out during his sympathy visit to Benue that the police chief did not relocate to the state after the attack that left over 70 persons happened.

A tweet released by the presidency on March 13th, said President Buhari had summoned the police chief and asked for a comprehensive report on Police Operations in the affected States, after which further decisions will be made. The tweets below… 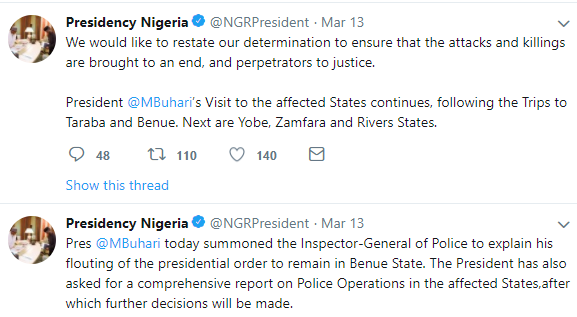 Many Nigerians thought the president’s summon was a query to the police chief and had gone ahead to suggest to President Buhari to fire the police cheif.

However in a chat with Thisday yesterday, the Nigeria police spokesperson, Jimoh Moshood, said there is no truth to the reports that the IG was queried by the president and that ayone that has a copy of the query should present it.

He argued that those speculating that the IGP had been queried by the president were just trying to cause disharmony and disaffection, with the intension to distort facts.