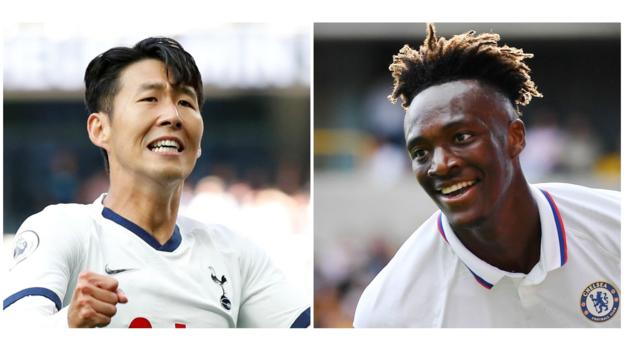 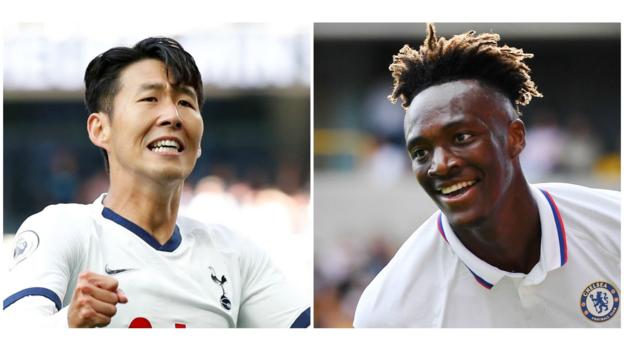 Tottenham and Chelsea both secured big wins while Liverpool maintained their 100% start as the Premier League returned after the international break.

Spurs scored all their goals in the first half of their 4-0 home win over Crystal Palace, with Son Heung-min grabbing two either side of a Patrick van Aanholt own goal to put the north London side three up inside 23 minutes.

Erik Lamela also scored before the break, lifting Mauricio Pochettino’s up into third place, with Palace in 11th.

Chelsea striker Tammy Abraham hit a hat-trick in his side’s 5-2 win at Wolves, but was also on the scoresheet at the wrong end.

The 21-year old’s three goals gave Frank Lampard’s side a comfortable lead inside an hour at Molineux, but his slight touch to Romain Saiss’ header helped Wolves pull one back. A second from Patrick Cutrone reduced the arrears further, but Mason Mount added a fifth for the Blues in stoppage time.

Roberto Firmino was a first-half injury replacement for Divock Origi, and the Brazilian was in sublime form, setting up Mohamed Salah’s strike in the second half with a superb flick.

The striker was felled by Caglar Soyuncu in the seventh minute and then slotted home from the spot, and the England international’s third goal of the season was enough to give United their second win of 2019-20.

Sheffield United had a goal ruled out by the video assistant referee in the first half, and then saw Moussa Djenepo score a brilliant winner for Southampton at Bramall Lane.

Oliver McBurnie had the ball in the net after 52 minutes but John Egan was shown to be offside – and to make matters worse for the Blades, striker Billy Sharp was sent off late on in the 1-0 loss.

Burnley salvaged a point with an injury-time equaliser to secure a 1-1 draw at home to Brighton.

Neal Maupay had fired the Seagulls in front early in the second half with a fine volley, but Clarets substitute Jeff Hendrick scored from 20 yards early in added time.