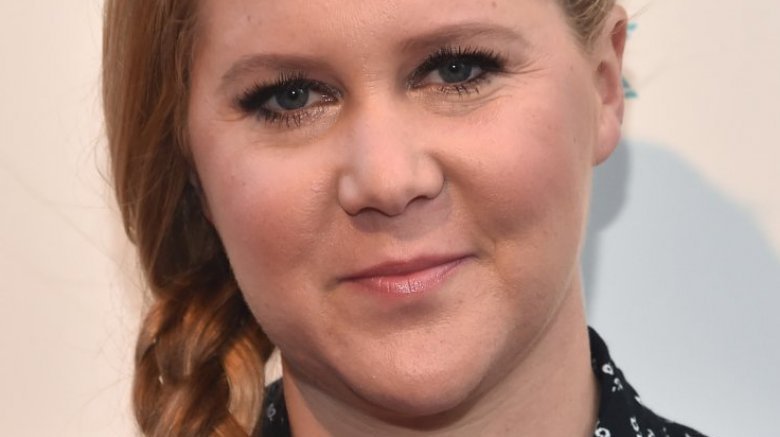 Comedian Amy Schumer, who’s pregnant with her first child with husband Chris Fischer, is on the mend following her recent hospitalization.

On Sunday, Nov. 18, 2018, the Inside Amy Schumer star took to Instagram to share an update with fans after resuming her stand-up tour over the weekend.

“Thanks for bringing me back to life Newark (something no one else has ever said),” Schumer wrote to her 7.4 million followers, captioning a snapshot of herself on-stage as the crowd at the New Jersey Performing Art Center’s Prudential Hall gave her a standing ovation on Saturday night. While she later shared a similar photo of herself performing in Pittsburgh, Penn. the following evening, the comic announced some important news about her upcoming tour dates on Monday, Nov. 19.

Alongside a pic of herself showing off her growing baby bump, Schumer wrote, “Thanks to Newark and Pittsburgh, I’m so happy to be feeling better and I will be able to continue my tour… However doctors orders not to travel cross country yet so I’m sorry that Seattle, Phoenix and Oakland will need to be postponed. I promise to go see you guys and make up the date real soon.”

“The rest of the tour will go on as planned!” she continued. Completing her caption with a turkey emoji, Schumer added, “Happy Thanksgiving!”

As Nicki Swift previously reported, Schumer, 37, first revealed that she’d been hospitalized on Thursday, Nov. 15, due to a severe form a morning sickness called hyperemesis gravidarum. According to the Mayo Clinic, this condition can cause dehydration and weight loss due to extreme nausea and vomiting.

“I am in the hospital. I’m fine. Baby’s fine but everyone who says the 2nd trimester is better is not telling the full story,” the mom-to-be wrote on social media at the time, while announcing the cancellation of several shows. “I’ve been even more ill this trimester,” she added. “I have hyperemesis and it blows. Very lucky to be pregnant but this is some bulls**t!”

After she and Fischer, a 38-year-old chef, tied the knot in a surprise wedding in February 2018, Schumer announced that the married pair were expecting baby no. 1 in mid-October.

We’re so glad to hear that Schumer is feeling better!