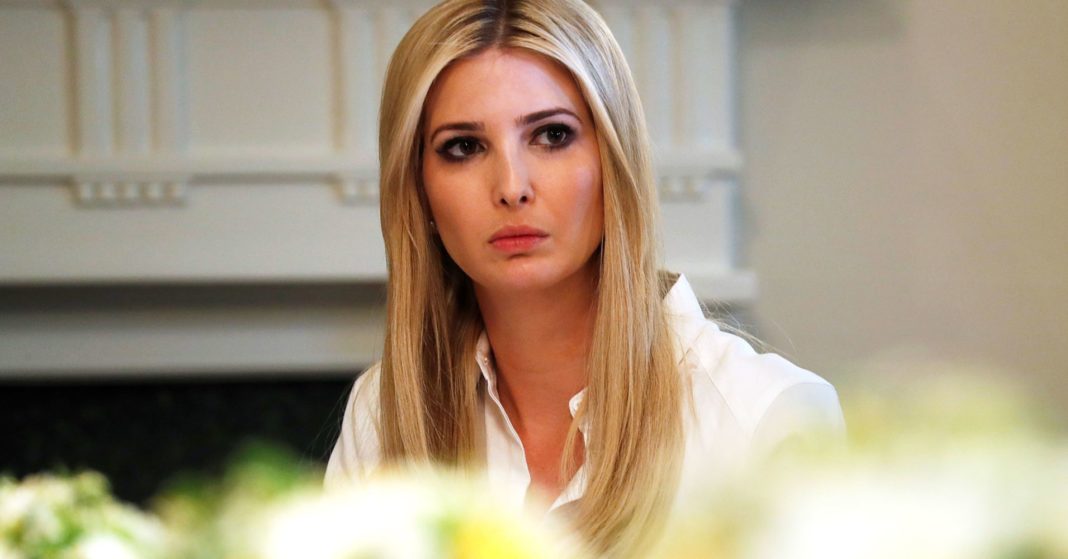 Those emails have been kept in accordance with records preservation laws, Mirijanian said.

The Post reported that administration ethics officials discovered Trump’s use of a personal account when they were examining emails gathered in response to a public records lawsuit. The Post reported that some of the president’s advisors expressed alarm at the similarities between Ivanka Trump’s use of a private email account and Hilary Clinton’s private email server.

The Post reported, citing people familiar with her reaction, that the president’s daughter told aides that she was not familiar with rules about personal email use, when she was confronted about her correspondence.

Read the full statement from Mirijanian below:

“Like most people, before entering into government service, Ms. Trump used a private email. When she entered the government, she was given a government email account for official use. While transitioning into government, until the White House provided her the same guidance they had to others who started before she did, Ms. Trump sometimes used her private account, almost always for logistics and scheduling concerning her family.

To address misinformation being peddled about Ms. Trump’s personal email, she did not create a private server in her house or office, there was never classified information transmitted, the account was never transferred or housed at Trump Organization, no emails were ever deleted, and the emails have been retained in the official account in conformity with records preservation laws and rules.

When concerns were raised in the press 14 months ago, Ms. Trump reviewed and verified her email use with White House Counsel and explained the issue to congressional leaders.”